Joker: Do we all have a Joker inside? [Film Review]

Joker is set in a more realistic and grainy world than the usual comic book films of the last ten to fifteen years. It is so gritty you can see the dirt under Arthur Fleck’s fingernails.

I have tried to resist writing a review about Joker (2019), but this film covers so many exciting themes and its immediate relevancy of the depiction of our society today, that like the character Arthur Fleck I have succumbed to my dark inner side and given to temptation, so that I may share my thoughts on a fascinating and unusual film.

For years we have been bombarded by some Hollywood studios, and comic book publishers turned movie studios namely Marvel and DC, with films that some viewers are turned off by and yet many other viewers love to watch, as evident in their box office success.

One of cinema’s greatest directors, Martin Scorsese, recently stated that Marvel movies – which have been the most financially successful at incorporating comic books into films – is “not cinema”. He further elaborated:

Honestly, the closest I can think of them, as well made as they are, with actors doing the best they can under the circumstances, is theme parks. It isn’t the cinema of human beings trying to convey emotional, psychological experiences to another human being.”

Using the above description from Scorsese, we can examine how the new DC movie stacks up against criticism. Joker is the furthest a film can get from the Marvel template movies as one can get, and this is true for several reasons which we will discuss here.

Joker is set in a more realistic and grainy world than the usual comic book films of the last ten to fifteen years. It is so gritty you can see the dirt under Arthur Fleck’s fingernails. The movie feels like it was filmed during the late 70s or early 80s in New York, with special honour and respect shown to certain influential films of that time: Mean Streets (1971), Taxi Driver (1976), Raging Bull (1980), and King of Comedy (1983).

The main character Arthur Fleck suffers multiple psychological and mental health issues, and uses medication to keep himself sane. He looks after his mother in a small apartment in a rundown block somewhere in Gotham City. He earns his living by playing a clown and soon enough loses that job, stops receiving mental health treatment and medication, and finds out a very dark and disturbing truth to his upbringing.

Life seems to be going all horribly wrong for Arthur, and he begins to fall into a deep and dark state of mind, which either he gives into, or he has no power to prevent.

The cinematography, set design, story and themes, script, direction and acting, clearly separate this comic book origin film from the many others that Scorsese has criticised. But does that make this version of the Joker or this comic book film better than the Marvel films? Venice International Film Festival jurors thought so, awarding it the best film of 2019, setting it up for potential success at the next Oscars.

Some will no doubt compare this Joker with the Joker played by Heath Ledger in The Dark Knight (2008), but that is a mistake as they live in different movie worlds, and no comparison is required since both actors have provided powerful performances.

What is evident from the themes of this film, are the problems that face the world in 2019; a sense of hopelessness, mental health problems, cut in social security and public healthcare, increase in loneliness amongst the masses, issues of domestic abuse, and a lack of faith and strong sense of loss in a world devoid of sacredness and anything divine. 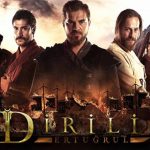 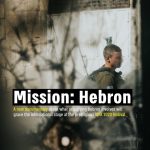