Travels through the Caucasus Mountains with a Georgian literary legend

Centuries after his death, Georgian poets still begin their poems addressing the great Rustaveli, begging him to accept their own humble attempts at writing.

Centuries after his death, Georgian poets still begin their poems addressing the great Rustaveli, begging him to accept their own humble attempts at writing.

The country of Georgia, situated alongside part of the southern border of Russia in the middle of Eurasia, is easily one of the most stunning countries in the world. Boasting wild landscapes, isolated villages, and dramatic weather; it is no wonder that Georgia produced some of the most soulful and emotional poetry and writers known to man.

However I for one had never read or heard of the great poets of Georgia before I visited the country, and was deeply surprised by how much literature was embedded in the Georgian culture. Tbilisi, the capital, is without doubt a city of books. Old and used books, mainly from the Soviet era, line the main boulevard of the city and are sold for only a few Georgian lari. Books are stacked on benches, lined up on ledges next to Orthodox churches, are neatly laid out on picnic blankets on the ground, and are piled in boxes next to the many bridges that cross the river for anyone wanting to purchase a read. Tbilisi is a book-lover’s paradise. 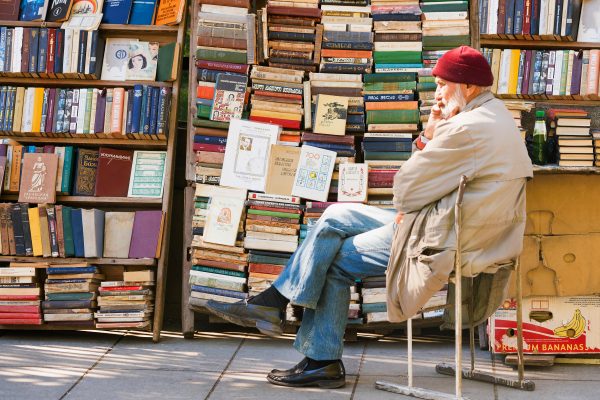 He has undoubtedly given the country, and Eurasia itself, something to be uniquely proud of. Little if not anything is known of his actual life, as there is no written record of Rustaveli. His one and only epic poem, The Knight in the Panther’s Skin, is his only surviving work. From this one epic poem, we learn everything we know about him, and he gives us Georgia’s most stunning piece of literature.

Most historians agree that he was a contemporary of Queen Tamari, which means he lived sometime in the 12th century. Legend also says at the end of his life, he traveled to Jerusalem and eventually died there. But besides these and other little known obscure facts, he remains mainly a mystical legend, and lives only through the pages of his epic poem.

Centuries after his death, Georgian poets still begin their poems addressing the great Rustaveli, begging him to accept their own humble attempts at writing. Rustaveli’s quest in understanding the human emotion, and to explore the concept of a shared humanity is one of the reasons why The Knight in the Panther’s Skin remains so powerful over the centuries.

In Georgia, strong concepts of loyalty, bravery, and the overpowering nature of love are what many consider to be the pillars of their culture. Or it might have been deemed part of their culture only after Rustaveli crystalized them in his epic. Did the Georgian culture solidify after Rustaveli captured it so brilliantly? Or was he simply depicting an already beautiful culture that existed? 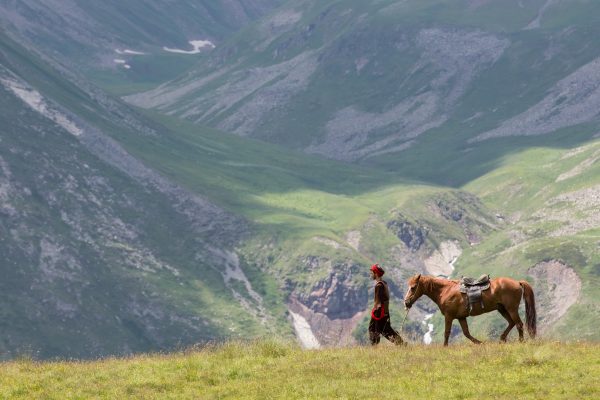 It is probably a mixture of both, and either way Rustaveli’s poem will always remain at the heart of Georgia. Although parts of his epic take place in “exotic” India or Arabia, it stands as a unique allegory to the life and events of his contemporary Georgia. He brings in exciting adventures from abroad and somehow manages to make the reader not excited about foreign lands, but more in love with the awe-inspiring mountains and deep forested valleys of Georgia itself.

Rustaveli is everywhere in Georgia. From the smile on the old lady selling flowers, to the poet at the bus station, to the old man selling books next to the church, and to the chuckling villagers high up in the Caucasus Mountains, Rustaveli lives on through the hearts and wisdom of the Georgian people. Quiet from the rest of the world, but powerful enough to shake mountains within his own beloved country, Rustaveli will always be there for those who dare to discover his beauty.