Let’s Treat Other Muslims With Respect

Instead of hurling accusations, we need to start by remembering that both sides of a discussion are Muslim. Therefore, both sides are invested in pleasing God.

Instead of hurling accusations, we need to start by remembering that both sides of a discussion are Muslim. Therefore, both sides are invested in pleasing God.

“[Prophet], do you not see how God makes comparisons? A good word is like a good tree whose branches are high in the sky, yielding constant fruit by its Lord’s leave – God makes such comparisons for people so that they may reflect – but an evil word is like a rotten tree, uprooted from the surface of the earth, with no power to endure.” – Surah Ibrahim, 14:24-26

I saw a meme being sent around on WhatsApp describing liberal Muslims as those who ‘[don’t] even pray’ and are ‘verging on apostasy’ amongst a range of other demeaning insults. The photo includes a picture of a sister wearing a turban hijab, rolled up sleeves, and in a sassy pose.

Anybody familiar with the dynamics of the Muslim community will understand that this picture is but a projection of attitudes held and propagated by some practicing Muslims. A glance at Muslim Twitter or other social media sites will unveil this attitude more fully, with people wearing the mantle of orthodoxy uttering condescending statements towards other Muslims, who seem ‘less practicing’. Likewise, any Muslim who expresses affiliation with liberalism or feminism as an appendage onto Islam is barraged with insults and even accusations of disbelief.

This holier-than-thou attitude has become a real problem, and it is driving people away from Islam. Those who observe outward symbols of Islam, for example, a beard, thobe or hijab, but express hatred against other Muslims are actually helping to promote perceptions of Islamic orthodoxy as puritanical. How can we expect people who are not so ‘practising’ to want to better their Islam when such an image is being presented to them?

I think it’s fair to say that Muslim women are subject to this kind of attitude far more than Muslim men are. Very often, Muslim women who advocate women’s rights are shunned as feminists, which is used as a derogatory term. Casting fellow Muslims in such a light is unwarranted, and simply not helpful. If you do disagree with feminist (or other labels) being attached to Islam, making other Muslim women feel like an aberrant is the worst way to convince them of your position. They already bear the brunt of Islamophobia, but such treatment subjects them to further discrimination within their own community as well.

It is expected and understandable, then, if they respond in an angry way. This counter-narrative does in places feature statements and sentiments that seem discriminatory against all Muslim men and can be inflammatory. Again, if you feel strongly about patriarchy and misogyny in the Muslim community, insulting and demeaning others is the worst way of convincing them of your position.

There are some people who need a hard talk, but the broadness and harshness of some of the sentiments expressed from both sides is causing a fissure to open up. As if the Ummah isn’t already divided as it is, simply by a lack of respectful dialogue, we’re opening up another gaping chasm.

Instead of hurling accusations, we need to start by remembering that both sides of a discussion are Muslim. Therefore, both sides are invested in pleasing God. This in itself should be enough to beautify our discussions with manners, warmth and respect.

Notice, I don’t belittle the effort to challenge the claims that Islam is liberal or feminist. Personally, and bearing in mind how I’ve operationalised these two concepts, I don’t think Islam is in need of ephemeral external ideologies. Nor do I think that scholars and learned Muslims shouldn’t clarify Islamic perspectives on certain topics. Indeed, it is their duty to clarify right from wrong. But the manner in which these issues are addressed really needs to change. Both sides need to look at the other as believers, and the excellent mannerisms that believers are commanded to uphold need to characterise these discussions. Musa was commanded to speak to the Pharaoh, the worst of all humans, with gentle speech:

“Go, both of you, to Pharaoh, for he has exceeded all bounds. Speak to him gently so that he may take heed, or show respect.”

If this is how we should speak to the worst of humanity, how ought we speak to other Muslims, who belong to the greatest of nations? Have your dialogue, keep your opinions, but please O Believers, speak to each other with respect. I don’t think it’s necessary to have a list of ways to show each other respect when having discussions. I think we’re all very much aware of what good respectful conduct is. All that is really needed is for us to put into practice what we already know, and what Islam emphasises upon so much.

Abd Allah ibn ‘Amr said, “There are four characteristics that, if you possess them, will prevent you from being affected if you are deprived of certain worldly benefits. They are good character, chaste outlook, honesty, and trustworthiness.” [Bukhari] 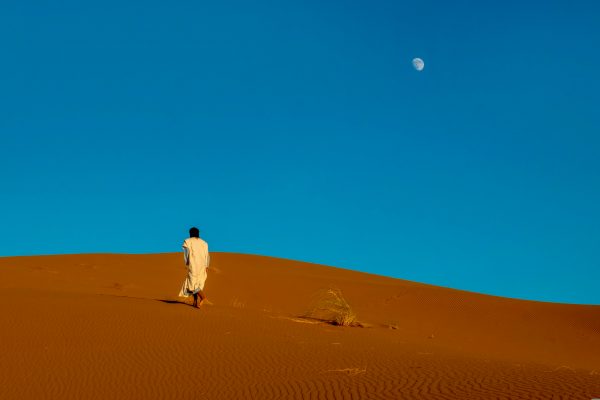 10 Verses From the Holy Quran on Pride and Arrogance 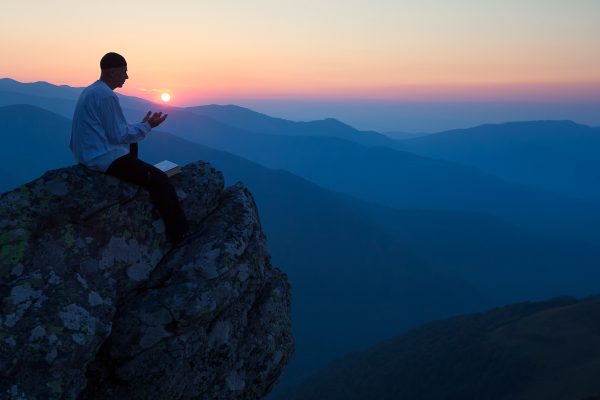 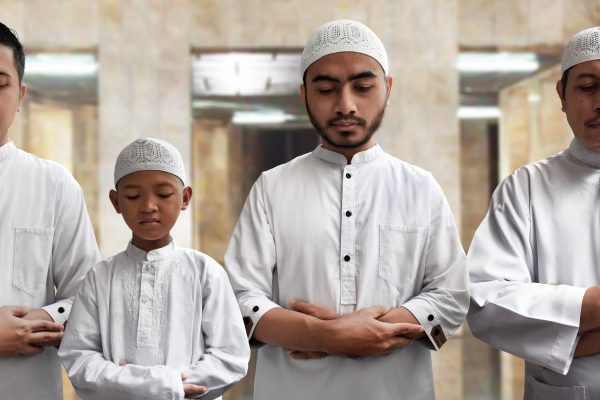 Friday Sermon: How to be blessed wherever you may be