It was 3am on a chilly, blustery, and unsympathetic autumn morning as two exhilarated and enlivened chaps quickly devoured a large dose of porridge that would provide the slow carbohydrate release they would dearly need to fuel their cycling endeavours. Ahmed Mahammed and the Lady Fatemah Trust’s very own Ali Shakara set off at 4am on a route which was planned to take them from London to Birmingham and back. This gargantuan task was in aid of raising funds for deaf children in Gaza at the Atfaluna School.

Ahmed and Ali were good friends in high school, yet lost contact thereafter until they met again courtesy of their wives being very close. The idea had been posited by Ahmed, who himself was a keen cyclist, to Ali in July earlier this year. Ali had previously commuted to work by cycling on a regular basis, yet this proposal would be greatly challenging him, as well as Ahmed.

Yet that was part of the idea, in that they were prepared to do something immense in order to effectively fundraise to ease the monumental plight of the deaf students at the Atfaluna school located in Gaza, through the Lady Fatemah Trust (LFT). The school has been offering academic educational services for deaf children in Gaza since 1992 catering for kindergarten, primary and middle school-aged children and the LFT has supported this institute for the last 14 years.

At 5:30 in the morning, in total pitch black conditions with slippery surfaces, Ali remembered the relative sense of exhilaration that was felt from the danger of not being able to see except with the aid of a few tiny lights. For a ride of this scale, it was essential that they carried a lot of food to keep their energy levels up, yet they had to balance this with the need to stay light for the ride.

In the end, they carried bags which weighed 8kg, which included food, gear, and other essentials. An hour and a half in, the GPS started taking them in the wrong direction which they hoped would self-correct itself. A GPS system was vital to have, as it would be impossible to memorise all the roads en route to Birmingham. Within three hours a minor setback as they both felt pain in their rears (due to practice ride the week before which was enduring). However, a couple of painkillers ensured they could continue on. 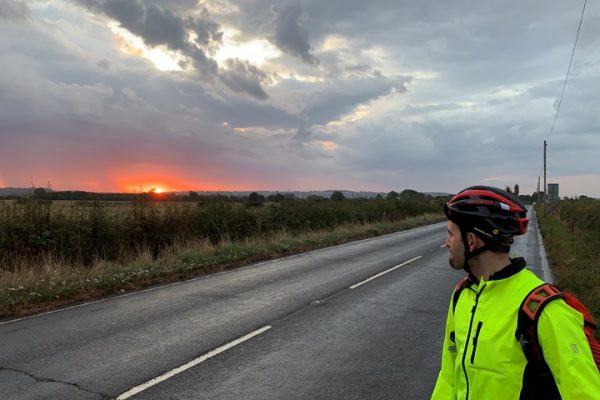 They finally reached the KSIMC mosque in Birmingham at 5:00pm four hours later than anticipated, with the GPS detour adding an additional 60km to the planned 185km to Birmingham. The diversion coupled with Ali’s knee pains and Ahmed’s hamstring and quad pains meant that the guys were very close to giving up. Yet after a refuel at a sumptuous Yemeni restaurant, afternoon prayers, and a good 45-minute power nap, they assessed themselves and agreed they were in a position to complete the ride. Ali remembers how close they were to throwing the towel into the sink, but an extra kick of energy came in at the right time.

Training for the ride included cycles to Northampton which would cover 220 km, as they battled the adverse conditions that the weather posed to them with their collective motivation. Both attested to the fact they would not have completed the task without each other as they provided support to each other at times when they felt like giving up. Yet, there were other aspects Ali had to grasp as part of training alongside their cycling, such as learning to eat on a bike. 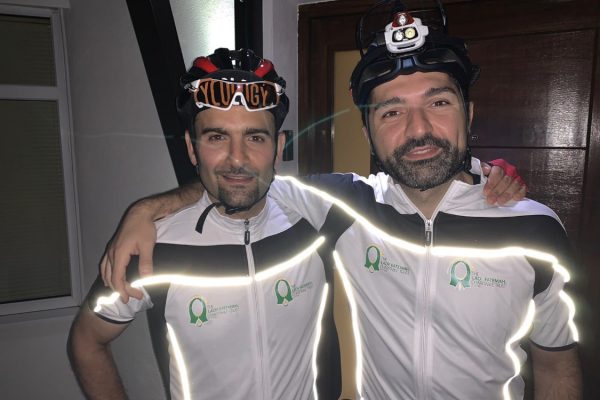 After setting off from Birmingham back to London at 11pm in conditions which were cold, wet, and 90% pitch black, they would stop three further times, before coming back to Ahmed’s house at 8:50am the following day, both emotionally and physically exhausted. The duo’s perseverance, dedication, and hard work were rewarded as they managed to fundraise £15,000 for the project.