From a young age, my parents taught me to be kind to animals. We took in stray cats, helped injured birds and even fed the baby fox that was living in my back garden. I was never taught that such acts were revolutionary or remarkable; they were simply part of my duty as a Muslim. Unfortunately, animal welfare isn’t something that is particularly pertinent to many Muslims. We are visibly absent from animal right’s protests and raising awareness about sports that involve animal brutality. We don’t boycott exploitative trades either.

As I grew up, I realised that there are very few people who take animal welfare seriously. I remember once encouraging a friend to donate to animal charity, she replied by asking ‘people are dying in the world, why would I give my money to an animal?’. I began to hear this more frequently. Often times it’s understood that supporting an animal charity means you’ve somehow failed to see the bigger picture; that there are humans suffering in the world. In reality, this argument is deeply flawed. Why can’t a person support both animal and human charities simultaneously? Why can’t a person care about the rights of animals just as they care about the rights of humans? We do not need to compromise one for the other. As a steward of this earth, it’s our duty to uphold the rights of all living beings.

“The rights of everyone will be restored on the Day of Resurrection until justice is fulfilled, even between the hornless sheep and the horned sheep.”

From this hadith, we learn that every living being will receive justice for its treatment. Just as your fellow human beings and even your own limbs will testify against you, so will the animals that were under your care, whether directly or indirectly. We should, therefore, be very cautious as to how we treat animals.

There are several rights that animals have, and we as humans, need to fulfil them. The famous mujtahid, theologian and jurist ‘Izz ud-Deen ibn Abdi Salaam wrote: ‘even if they have aged or sickened such that no benefit comes from them’ we should still ‘provide for them as they require’ and ‘not burden them’. His words demonstrate how important it is to nurture animals with love and compassion.

What are some things we can do?

When travelling, it is vital that you boycott institutions and organizations that exploit animals. Monkeys dressed in clothes, tigers and lions chained and tranquilized, elephant and donkey riding, visiting animal circuses – these are all practices that are inhumane and must be avoided. These animals are consistently beaten, prodded and drugged just so tourists can take a photograph. It is our narcissism that enables such organizations to thrive and profit. Moreover, there’s a strange gratification many receive when in contact with a restrained animal. It enables the power dynamics to be reversed; an animal that is far superior to the human in strength is now rendered weak and powerless. It’s time we re-evaluate our ego. Animals should not be made to live like this and doing so puts them under a great deal of psychological and physical distress, leading to their premature death.

We should avoid taking part in immoral forms of entertainment that are glamorized by travel and lifestyle magazines. They’ll often tell us that a trip to so and so place will allow you to ‘swim with dolphins’ and how such an opportunity should be taken ‘at least once in your life’. Engaging with such animals is completely unnatural, and therefore should be avoided. However, there are a number of animal-friendly activities that are accessible. To observe animals, you can visit or volunteer at an accredited sanctuary, visit galleries, museums and more.

One of the first school trips young children are made to go on is a visit to the zoo. While zoos are marketed as places of learning, visiting such places at a young age teach us that ‘it’s acceptable to interfere with animals and keep them locked up in captivity, where they’re bored, cramped, lonely, and denied all control over their lives’ (PETA). We must teach our children about the importance of animal welfare so that they can practice this as they grow up.

“No zoo or aquarium can begin to replicate animals’ natural homes. Tanks and cages are no place for animals who roam hundreds of miles a day when in the wild.”

4) Boycott buying fur and products that test on animals

Amongst many others, brands such as Fendi, Dior, Saint Laurent, Louis Vuitton, Canada Goose and Karl Lagerfeld are notoriously known to use fur and animal skin in their products. Many of these animals are separated from their families, caged and even skinned alive just for a piece of expensive garment. It is important that you do research into the companies you are looking to buy from – a quick search from a reputable Internet source is all you need.

Many cosmetic brands test on animals, when there are alternatives available such as stem cell and genetic testing methods, non-invasive imaging techniques such as MRIs and CT Scans, computer models and simulations and more. Again, check if a certain product or brand takes part in animal testing and find alternative products to use.

You can also pressurize such organisations to go fur-free or to avoid testing on animals by emailing them or getting in touch with them via social media. If the demand for such products lessens, then brands will be forced to change their ways.

5) Speak out against the practice of cruel sports

Cruel sports such as fox hunting, bull, cock and dog fighting are still practiced in many parts of the world. It is important that you speak out against such practices, even if they are cultural norms. The Prophet Muhammad said:

In light of this hadith, we must take action whenever needed. You can attend protests, lobby your local MP or sign petitions – your signature will make a huge difference.

In a hadith, Sa’eed ibn Jubair reported: I was in the presence of Ibn Umar when we passed by a group who had tied down a chicken and they were using it as a target. When they saw Ibn Umar, they fled and left it behind. Ibn Umar said, ‘The Prophet has cursed whoever has done this.” (1).

Charity is often thought of in monetary terms – i.e a charitable person is someone who gives ample amounts of his/her wealth. However, this hadith signals to us that we can be charitable people just by being kind to animals. Indeed, it is charitable for you to regularly look after an animal, and what better way is there than to adopt one!

There are a number of charities you can support by giving a regular or one-off donation. Many animal shelters are always looking for volunteers to help them too. Their stocks need to be continuously replenished; materials such as cardboard and newspaper are highly needed. Find your nearest shelter and donate!

Explain to friends, family, and colleagues the importance of animal welfare in Islam. This isn’t something that can be ignored. We often hear young children say they don’t like animals because of their parents; we must be role models for our younger generation.

9) Recognise that animals are God’s creation

Perhaps the most important thing we can all do is recognise that every living being is a creation of God’s.

“Once there was a prophet who was resting under a tree when an ant bit him, so he ordered that his luggage be taken away and the ant’s dwelling burned with fire. Allah revealed to him: ‘A single ant has bitten you, yet you have destroyed a nation that glorifies Allah?’”

This hadith teaches us about perspective. To that prophet, the ant was not particularly significant, he therefore found it acceptable to burn it and it’s dwelling. But to Allah, those ants were invaluable because they recognised the greatness of their Creator. Just as humans glorify Allah, so do animals and all living beings; we must recognise their importance and give them their due rights. 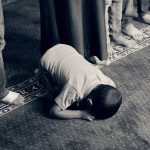 12 Amazing Tips To Help You Wake Up For Fajr 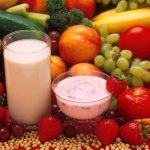 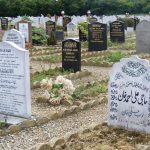