Utilitarianism (secular) and Maslaha (Islamic) are two principles of morality that govern decision-making and the setting of laws. Learn more about their similarities and differences.

Utilitarianism (secular) and Maslaha (Islamic) are two principles of morality that govern decision-making and the setting of laws. Learn more about their similarities and differences.

Consequentialism is a moral philosophy that holds that the consequences of an action are the primary determinant of its moral value. This approach to ethics focuses on the outcome of an action rather than the intentions or motivations behind it. Within consequentialism, various approaches aim to maximize the overall good or well-being of individuals or society as a whole.

In this article, I will explore two different ideas that include some aspects of consequentialist philosophies: John Stuart Mill’s idea of utilitarianism and the Islamic idea of maslaha. As developed by Mill, utilitarianism is a form of consequentialism that advocates for actions that promote the greatest happiness for the greatest number of people (Mill 1861, pg. 18-19). Maslaha, on the other hand, is a concept within Islamic jurisprudence that refers to promoting the general welfare and well-being of the community through legal and ethical decision-making (Al-Ghazali, 2008, pg. 480).

Usul al-fiqh, also known as the “principles of Islamic jurisprudence,” refers to the methodology and principles used by Sunni Islamic scholars to derive Sunni Islamic legal rulings from the shari’ah, or Islamic law. These principles are used to interpret and apply the sources of Islamic law: the Qur’an; the Hadith (sayings and actions of the Prophet Muhammad); the consensus of the Muslim community (‘ijma); and analogical reasoning (qiyas) for new situations that are not addressed in the Qur’an or Hadith (Ziadeh 2009).

One of the Islamic jurisprudence axioms is avoiding harm takes precedence over bringing good, which is based on the following Hadith:

Doing harm and reciprocating harm is not allowed.”

This is similar to John Stuart Mill’s Harm Principle, which states that the only legitimate reason for limiting an individual’s freedom is to prevent harm to others (Mill 1859, pg. 223). This principle can be seen as complementary to the Greatest Happiness Principle, as the Harm Principle can be seen as a means to achieving the Greatest Happiness Principle. By preventing harm to others, society can create an environment in which individuals can pursue their own happiness and well-being and maximize the overall happiness and well-being of the community.

Similarly, maslaha is often seen as an application of consequentialism because it involves the promotion of the general welfare and well-being of the community through legal and ethical decision-making. Like utilitarianism, maslaha emphasizes the consequences of an action and aims to maximize the overall good or well-being of individuals or society as a whole (Al-Ghazali, 2008, pg. 480). More importantly, in Islamic jurisprudence, some scholars view maslaha as the fifth principle to guide legal decision-making because it is used to ensure that the laws and practices of the Muslim community are in the best interests of its members. Overall, Imam al-Shatibi, a scholar from Andalusia, argued that the purpose of the Sharia is to promote

Although maslaha is seen as an Islamic analogous to utilitarianism, there are more factors to consider before maslaha can be used as a justification for a legal decision. According to Imam Al-Ghazali, three conditions must be fulfilled for maslaha to be legitimate: kulli (allow for entire communal benefit): qati’ (high probability of benefit), and daroori (completely necessary) (Al-Ghazali, 2008, pg. 493). Most jurists, including al-Shatibi, define daroori as any of the five necessary things that Islam came to protect, known as the maqasid al-sharia, or the “objectives of Islamic law”: protection of religion, protection of life, protection of intellect, protection of lineage, and protection of wealth (Al-Shatibi, 1991, pg. 31).

A recent and infamous fatwa, or Islamic legal ruling, which heavily relied on maslaha is from Sheikh Yusuf al-Qaradawi, an intellectual leader of the Muslim Brotherhood. After the 2011 Egyptian Revolution, the Libyan people were in danger after Gaddafi released plans to kill protestors in Libya. The traditional Islamic legal approach to this issue might be to prohibit leaving households based on the protection of life. However, Libyan protestors relied on leaving their home to make a source of income, receive education, go to the mosque, and live freely. If the nation followed the traditional legal approach, Libya’s economic stability, food security, and religious freedom would have long-term and severe consequences. In this situation, Sheikh al-Qaradawi decided to invoke the principle of maslaha and allow the killing of Muammar Gaddafi to liberate the nation from a tyrannical leader (Independent Online, 2011). This decision would depart from the traditional legal approach, but it would be justified by the higher goal of

promoting the prosperity of Libya since it fulfills the three conditions for maslaha to be legitimate. In the eyes of al-Qaradawi, the death of Gaddafi would allow for the entire communal benefit of the Libyan people, guarantee benefit for the Libyan people, and be completely necessary due to the infringement of several of the maqasid al-sharia.

Like three of the five maqasid al-sharia, John Stuart Mill believed that the protection of life, property, and liberty are fundamental values society should uphold. Mill argued that the right to life is closely related to the right to liberty and property protection, as individuals can only fully exercise their freedom if they can pursue their own interests and control their own possessions without fear of harm or coercion (Mill 1859, pg. 223).

Mill would argue that happiness, an intrinsic value for all actions, can be maximized through the protection and promotion of these ideas. He claims this by saying that intrinsic value is the reason someone does an action for the sake of doing it. From this, the chain of reasons behind any action can always be traced back to creating pleasure or avoiding pain. As a result, the intrinsic value of all activities is utility or happiness, which is the ultimate goal of all human endeavors (Mill 1861, pg. 18-19).

Although Mill says utilitarianism captures the essence of religion, namely God’s desire that we are happy, Islamic jurisprudence does not prioritize happiness in its methodology. According to Islamic scholars and contrary to John Stuart Mill, the chain of reasons behind any action cannot

always be traced back to creating pleasure or avoiding pain. Specifically, Islamic scholars believe that many actions can be ultimately traced to submission to God, which may result in trial and tribulations, due to the verse in the Qur’an that states,

Additionally, a saying from the Prophet Muhammad states that

so scholars instead value not fulfilling desires since the way to Hell-fire is through chasing desires, while the way to Paradise is through rejecting the many things that could bring pleasure. As a result, this is antithetical to Mill’s notion of promoting the greatest happiness.

One of the main criticisms of maslaha is that it is rooted in the Islamic texts of the Qur’an and Hadith. As a result, someone who is not Muslim would be less attracted to utilize the principles of Islamic jurisprudence to come to a conclusion on an ethical decision. By extension, one could argue that a government ruled by Islamic law would be restricting the rights of non-Muslims. For example, an individual or group may not be allowed to eat particular food due to Islamic dietary restrictions, such as pork, based on explicit prohibition in the Qur’an, even if they are not Muslim. However, based on the life of the Prophet Muhammad in Medina, where Muslims, Jews, and other tribes lived together under Islamic law, scholars have extracted jurisprudence that allows for a pluralistic approach to enforcing laws to non-Muslim faith groups.

One of the main criticisms of Mill’s notion of utilitarianism is the impartiality problem, which refers to the fact that utilitarianism requires that we treat everyone equally and impartially. Some argue that this is unrealistic and that individuals naturally have stronger moral commitments to friends and family. Suppose a group of people must decide how to allocate a limited resource, such as a kidney transplant. A utilitarian approach would require that the kidney be given to the

Another main criticism of Mill’s notion of utilitarianism is the justice problem, which refers to the fact that utilitarianism may not always lead to just or fair outcomes. Suppose the Egyptian government must decide how to allocate funding for social welfare programs, such as healthcare, education, and housing assistance. A utilitarian approach would require that the funding be given to the programs that are expected to produce the greatest overall happiness for the greatest number of people, but this approach may not take into account the inherent moral value of these programs or the principles of distributive justice, which suggest that resources should be distributed in a way that is fair and just. However, in Egypt, the Muslim Brotherhood had often used maslaha as a justification for implementing social welfare programs, such as providing food and medical assistance to disadvantaged communities, when the existing government was unable to serve the Egyptian people due to the maqasid of protection of life (Vannetzel, 2017).

In conclusion, both John Stuart Mill’s notion of utilitarianism and the Islamic concept of maslaha are forms of consequentialism, as they focus on the consequences of an action and aim to maximize the overall good or well-being of individuals or society as a whole. While both approaches have the potential to promote justice and fairness, in some cases, maslaha can

accommodate some of the limitations of utilitarianism, such as the impartiality and justice problem. Additionally, maslaha requires careful consideration of the conditions for legitimate use in Islamic jurisprudence, whereas utilitarianism is significantly more open to interpretation. Despite these limitations, both approaches can serve as valuable frameworks for ethical decision-making and can be used to promote the welfare and well-being of individuals and communities.

Johaer Jilani
Johaer Jilani is a senior at the University of Pennsylvania studying neuroscience and philosophy. He is from Atlanta, Georgia, and is involved with Islamic organizations like YM and MSA. His main academic interest is around the concept of Islamic movements. 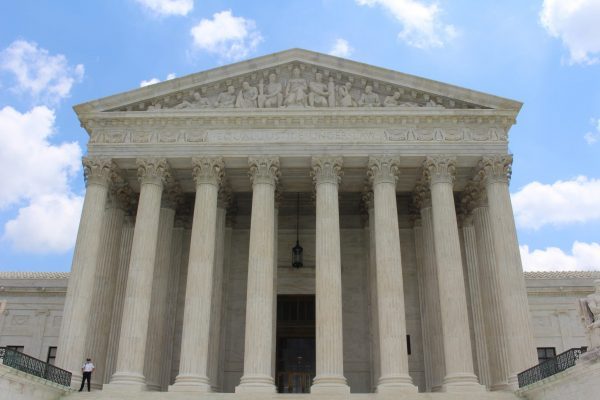 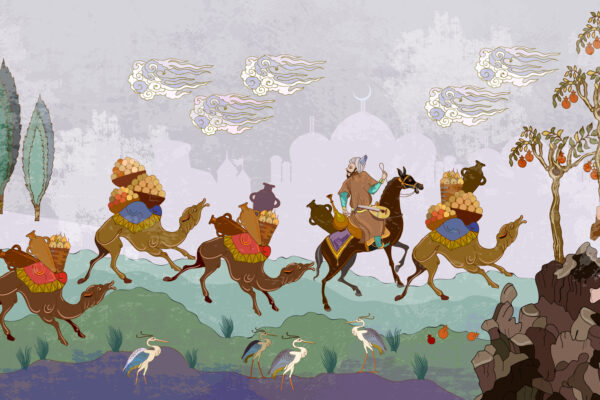 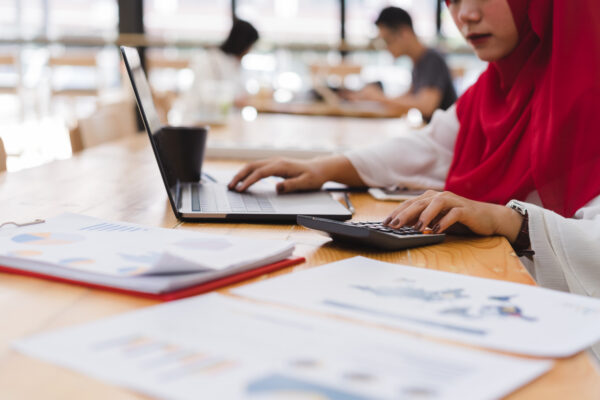