This difference of opinion among scholars in matters related to Islamic law is not unique to the modern age. Today, the debate is not mainly related to the source but to the very understanding of the nature and approach towards Shari‘ah. 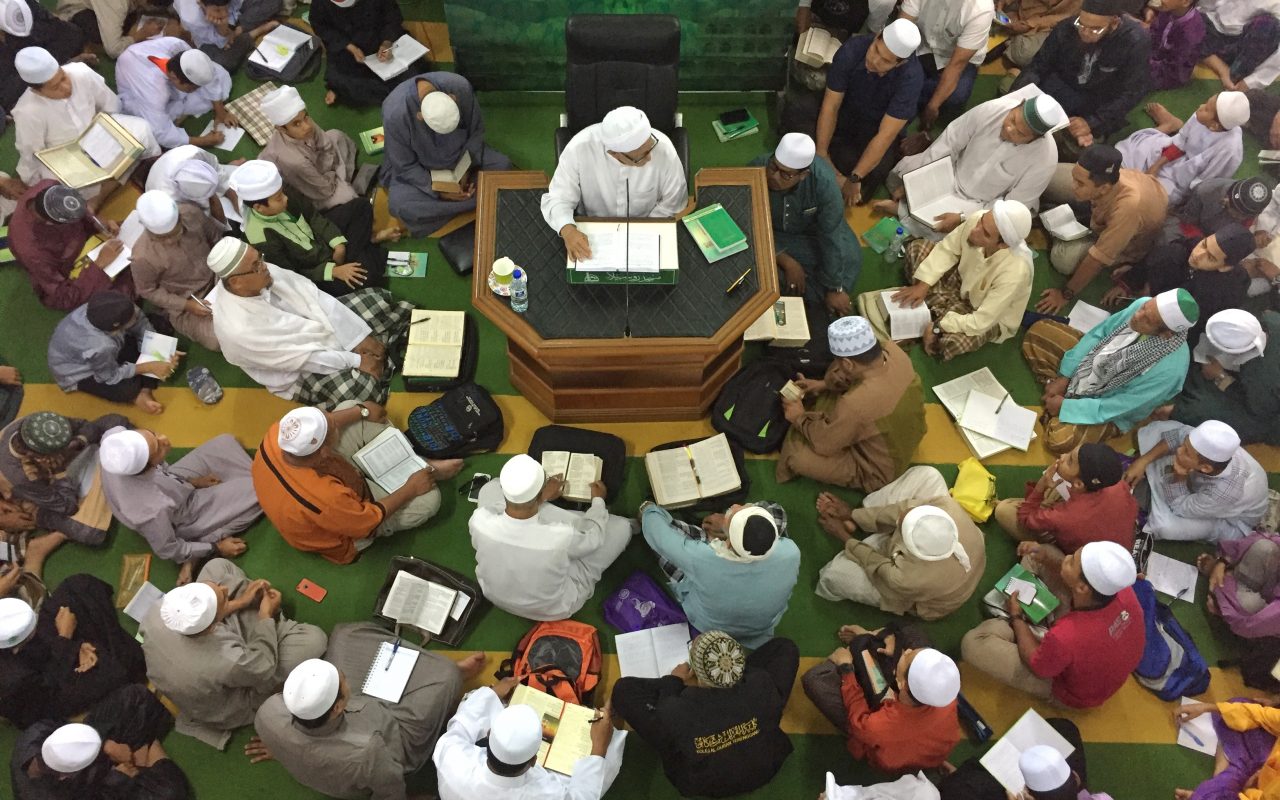 This difference of opinion among scholars in matters related to Islamic law is not unique to the modern age. Today, the debate is not mainly related to the source but to the very understanding of the nature and approach towards Shari‘ah.

Shari‘ah has become a word that evokes greater fear for many in the West today than the idea of a nuclear war – a fear of being subjected to seventh-century Arabian laws where women and minorities would be categorised as second-class citizens, where cruel punishments would be delivered publicly, where reason would have no room, individuals would have no rights.

One can reflect why does the idea of Shari‘ah cause anxiety and fear among many non-Muslims today? Perhaps one reason could be that it is not just the ‘extremist organisations’ like ISIS, the Taliban, or Al-Qaeda who vouch for such a law but also some devout Muslims who do not take up arms yet approve of harsh legal punishments. The anxiety and fear multiply several times when one occasionally sees pictures of public flogging in states like Saudi Arabia, Indonesia, Malaysia, Brunei, Iran, etc. and increasing calls from Muslims in Pakistan, Egypt, Syria, and Tunisia for the implementation of these laws.

What has been most-frightening for many non-Muslims is the rise in similar slogans in European countries where Muslims are in a small minority. It is not only the people of other faiths in the West who have formulated their understanding of Shari‘ah based on stereotypes propagated by the media but many Muslims, living in Muslim-majority countries, are equally misinformed about what Shari‘ah is and what it entails. This piece aims to shed light on the fact that not all Muslims understand the notion of Islamic law in the same way and there exists a critical difference of opinion on the ground.

The word Shari‘ah occurs only once, and four other times in derived forms, in the Qur’an. It means ‘a path – a way to the watering hole’ and scholars have come to understand it as ‘God’s will for humanity’. Less than ten percent of Qur’anic verses carry legal content; sometimes scholars have estimated it to be as low as three percent.

These verses that address legal questions are sometimes abstract in nature and require human deliberation, which among other methods, is complemented with the Prophetic tradition (sunnah), the consensus of the jurists (ijma), and opinions of Islamic scholars based on analogical reasoning (qiyas). This science of ascertaining the precise terms of Shari‘ah, or a human attempt of understanding and putting into practice the divine will is called Islamic Jurisprudence (Fiqh). So, for believers where Shari‘ah is the immutable and divine will, Fiqh, being a scholarly effort, is open to debate, reinterpretation, and change according to the need of time.

Then why are some Muslims not open to change?

One can ask, if the Islamic jurisprudence is open to change and reinterpretation then why do some Muslim clerics and modern Muslim states seem to be obsessed with enforcing medieval laws in contemporary times? Khaled Abu El-Fadl, Professor of Islamic Law at UCLA, observes that “the response to this question depends on our understanding of the nature and source of normative obligations in the Shar‘iah, and the extent to which we expect the divinely inspired text to yield determinative results that transcend human contingencies”.

Within the contemporary Muslim intellectual tradition, there exist two broad circles: the first that believes that injunctions of Shari‘ah are to be imposed in the same manner as ordained by the Almighty in His final revelation. The second group, however, argues that Muslims are required to learn the objectives of Shari‘ah and adapt the rulings according to time and age. Many influential thinkers exist within both schools and have developed a decent following. Let us explore both in detail. 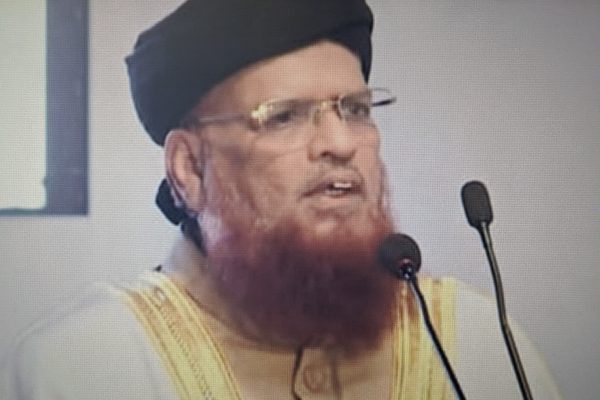 Mufti Muhammad Taqi Usmani who topped the World’s 500 Most Influential Muslims 2020 list and serves on the Shari‘ah advisory board of several multinational Islamic banks, writes:

“The Shari‘ah presents organized rulings regarding issues on which mere reason may not find its way to the truth. If the human intellect was enough for this determination there would have been no need to send messengers or for the revelation of divine books. The evident truth is that there is no way to determine these objectives [of Shari‘ah] and their scope without recourse to the Shari‘ah texts – the Noble Qur’an and the Sunnah. Therefore, we cannot take any of these ambiguous objectives in preference to established and explicit injunctions. Likewise, we cannot take these objectives and beneficial purposes as the primary source of legislation and twist the injunctions accordingly. The truth is that the beneficial purposes and the objectives are derived from the injunctions, so whatever Allah and His Messenger have made beneficial is beneficial and not what we assume to be so as per our personal opinions.” 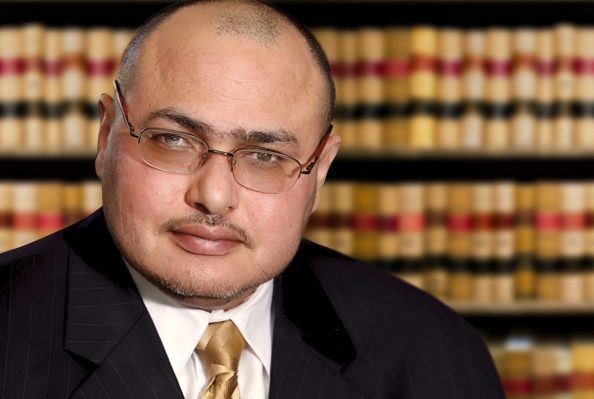 The second group made up of the likes of Dr Khaled Abu El-Fadl thinks that the particular laws set out in the Qur’an are not objectives in themselves because the Qur’anic rulings were meant to address the historical context of the time of the Prophet (peace be upon him and his progeny). Dr Khaled argues:

“At the time these rulings were revealed they sought to achieve particular moral objectives such as justice, equity, equality, mercy, compassion, benevolence, and so on. Therefore, it is imperative that Muslims study the moral objectives of the Qur’an and treat the specific rulings as demonstrative examples of how Muslims should attempt to realize and achieve the Qur’anic morality in their lives.” 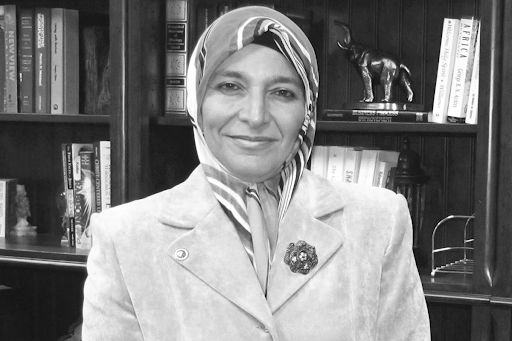 Similarly, Dr Zainab Alwani, Associate Professor at Howard University and the first female jurist to serve on the board of North American Fiqh Council, says:

“Historically, scholars have agreed that a legal ruling is not eternal. In other words, it can be modified when confronted with different times, places, circumstances, and customs. Clearly, they understood that these rulings had to be updated so that they would continue to conform to the Shari‘ah’s objectives. Ibn al-Qayyin (d. 1350) addressed this issue, stressing that the Shari‘ah, which concerns itself with the lives of real people seeking to resolve real problems, is always just, merciful, useful, and wise. Any judgment that deviates from justice to oppression, from mercy to ruthlessness, from usefulness to corruption, and from wisdom to idiocy is not Shari‘ah oriented, regardless of what individual, council, mosque, Islamic centre, or organization issued it.”

This difference of opinion among scholars in matters related to Islamic law is not unique to the modern age. Almost a millennium ago, Muslim scholars were divided into two sections: traditionalists (Ahl al-Hadith) and rationalists (Ahl al-ray). The former insisted on the authority of Prophetic tradition over the informed opinion of the jurists as a source of legal reasoning. Today, the debate is not mainly related to the source but to the very understanding of the nature and approach towards Shari‘ah.

If one is to follow the understanding of Mufti Taqi Usmani then they will come to see the rulings of Islamic law as applicable in all times and contexts because it is not merely the objective (behind the ruling) that is important but also, the ruling itself, which has been divinely ordained. For them, the possibility of debate is only in matters that have not been explicitly discussed in the foundational texts. On the other hand, if an individual appreciates the arguments of Dr Khaled Abu El-Fadl and Dr Zainab Alwani then they would study the objectives behind the rulings and would extract principles of morality, which would then be adapted in the contemporary context to put forward an appropriate ruling.

The former group argues that the entire theory of objectives (maqasid) of Shari‘ah or even benefits (masalih) was a latter-day development. If we will make ‘reason’ to be the standard of assessing the compatibility of Islamic law punishments, then we are devaluing the scripture and upholding the notion of reason over revelation, which is not acceptable. However, the latter group responds that if we do not adapt the rulings according to time and space then our thought and intellectual tradition will freeze in the medieval period and we will give an impression that Islam is not compatible with modernity. The time of the great Islamic empires of the past that we look back to as our ‘Golden age’ emerged only because we benefitted from both – reason and revelation. After all, like revelation, the capacity to reason is also a divine gift.

Considering the present situation in many Muslim-majority countries, it seems that the former approach has dominated the public discourse since the 1970s. In this period of modern states, many clerics have recognised the state’s competence to claim that certain determinable laws are in fact divine and have granted modern states the power to implement these laws in God’s name.

Hence, we see a few countries implementing Shari‘ah punishments in a literal sense causing immense fright among not only non-Muslims in the West but also minority communities living in Muslim countries. However, it has to be appreciated that although political pundits, around the world, have had a lot to say on this topic, Shari‘ah is fiercely debated within Muslim scholarly tradition, where it matters the most.