The Prophet’s Heir. The Life of Ali ibn Abi Talib, with its rich illustrations, timelines, and extensive bibliography is a refreshing and relevant repertoire, worthy of a broad-based readership and will be of interest as much to the academic as to a lay reader, a Muslim or non-Muslim, and may well serve as a definitive primer in Islamic history for schools and colleges.

There is no dearth of books on the life and times of Ali ibn Abi Talib (AS), nor a shortage of accounts in the annals of Islamic history about his character, spirituality, and persona. Like the parable of the blind men and an elephant, where, having never come across an elephant, a group of blind men try to identify it by touching and describing each part as the elephant, many authors have illustrated the multifaceted personality of Ali (AS) through their own distinct lenses and painted a multitude of vignettes. This should come as no surprise; it is no easy task to encapsulate the multidimensional persona of Ali (AS).

Masterfully, in just over 300 pages, Professor Hassan Abbas has contributed to building a rich tapestry of Ali’s (AS) life, and in doing so redressing some gaps and disparities with a fluidity of prose that engages the scholar as much as it captivates a lay reader. He has also skillfully navigated historical reports from the early sources based on Sunni and Shia partisan interpretations. He brings a refreshing balance by focusing on the commonalities of the two traditions, albeit without sacrificing clarity on challenging issues at the altar of diplomacy.

Like the proverbial man with sight amongst the seven blind men trying to describe an elephant, Hassan Abbas encapsulates the many dimensions of Ali’s (AS) multifaceted personality. The use of extensive sources, from Sunni, Shia, Sufi; traditional and contemporary scholars from East and the West, is a testimony of Hassan Abbas’s endeavor to present a balanced account that serves to do some justice to the man whose sense of justice was legendary. He draws upon many worthy publications to bring about a well-balanced biography of Ali ibn Abi Talib (AS).

From the outset, like a well-choreographed play, the author offers a vivid narrative on the early years of Islam, contextualizing the nuances of tribal politics and how these conflicted with egalitarian concepts of Islam in the Arabian society of the day. The first two chapters narrate multiple events signifying Ali’s (AS) close association with the Prophet of Islam and how this rising star in the ranks of Prophet Muhammad’s companions is being groomed as the Prophet’s spiritual successor of Islam. The visual of Fāṭima bt. Asad giving birth to a son within the inner sanctum of the Kaaba and how the Prophet comes to hold the newborn in his hands effuses deep spirituality.

Skillfully and persuasively, event after event, the author builds on the argument that after the Prophet’s wife Khadija, it was Ali (AS), as a boy, who was the first to accept the message of Islam. A well-referenced account portrays how Ali (AS) continued to be his most ardent supporter, while many either remained silent onlookers or vehemently opposed Prophet Muhammed.

The third chapter delves into the historical episode of Ghadir suggesting that Muhammad had indeed explicitly and recognizably appointed Ali (AS) as his successor. Hassan Abbas draws on the words of major commentators of the Quran like Jalal al-Din al-Suyuti, Fakhr al-Din al-Razi, and Muhammad ibn Yaqub al-Kulayni, themselves representing different Muslim traditions. Attesting to its timing of the revelation of the verse: ‘O Messenger, announce that which has been revealed to you from your Lord, and if you do not, then you have not conveyed His message“, (Q 5:67) Professor Abbas lays the ground for a defining moment resulting in the declaration: ‘For Whomever I am his mawla [master], Ali is also his mawla.’ To capture the spirit of the moment, the author’s choice of the stanzas by Hassan ibn Thabit, the poet laureate of the time, who was present at Ghadir is apt:

Beside the Ghadir (pond) of the valley of Khumm,

the Prophet calls upon those close and afar

so hear carefully where ever you are!

He inquired, ‘Who is your Master and Wali?’

with sincerity and zest the crowd reverberated with a heartfelt roar,

‘Our Master is our Lord, while you are our Wali,

You shall find today non willing to disobey.’

He then called upon Ali and spoke with his heart,

‘Stand up, O Ali, for I find only you to be an Imam and a guide after I depart.’

In keeping with the balanced tone and tenor of the book, Hassan Abbas is able to navigate the controversy promulgated by later theologians and commentators on the meaning of the word ‘Mawla’ (and its impact on the Sunni/Shia schism), and convincingly lays the foundation for the subsequent chapters.

The title of the fourth chapter: The Succession Politics and Imperial Islam is an uncompromising yet equitable account of how internal politics after Prophet Mohammad’s (SAW) death pushed Ali (AS) aside and how military campaigns and expansion altered the pristine message of Islam. The book provides nuanced arguments as to why Ali (AS) remained involved with the first three caliphs, serving as an advisor and judge, and avoided any confrontation even though his claim was denied due to his rivals’ political intrigues.

The introduction to the fifth chapter succinctly sums up the spirit and style of governance by Ali (AS): “I aspire to restore the true symbols of Islam, usher in prosperity and secure peace so that the oppressed have no fear.”

The chapter illustrates how Ali (AS) confronted nepotism and removed the perks of the privileged grandees who benefited from the booty and riches from the newly acquired Muslim lands and how in resisting Ali’s insistence on justice and equity there came about a significant split in the Muslim community,  which has had far-reaching implications until the present time.

Rendered in almost novelesque language, the heartrending eloquence in describing the aftermath of Ali’s martyrdom adds pathos, not only on the immediate impact of his death but also the long-term ramifications which continue to reverberate in the Muslim community:

“It was an ending soaked in tragedy, and even when Ibn Muljam (Ali’s assassin) was killed, justice would not be served, and peace would not be found. This would eventually become one of those rare moments in history where the action of one would create a spiral in history, where a wound would never find a bandage. The cheeks of orphans were suddenly cold without the warmth of Ali’s hand, the stomachs of the needy once again empty and unfed, the hearts of many broken, not to be mended any time soon. This mourning would continue even as centuries passed, Ali’s name echoing in the melodies of singers and saints, his death remembered every twenty-first day of Ramadan.”

Some of the most inspiring aspects of the book are the author’s renditions of the mystical dimensions of Islam through the teachings of Ali (AS), as elucidated in the penultimate chapter. Citing sermons and aphorisms that gave rise to a spiritual movement that came to be known as Sufi tradition, Professor Abbas draws on Catholic symbolism in his assertion that Ali (AS) is considered to be the “patron saint” of Sufi tradition. The reader cannot fail to be moved as the author presents a myriad of voices from many Sufi masters and poets, honoring Ali (AS) in adoration; these include Rumi, Sadi, Hafez, al-Junayd, Rabia Basri, Bayazid Bastami, Amir Khusro, and even theosophists like Mulla Sadra.

The Prophet’s Heir. The Life of Ali ibn Abi Talib, with its rich illustrations, timelines, and extensive bibliography is a refreshing and relevant repertoire, worthy of a broad-based readership and will be of interest as much to the academic as to a lay reader, a Muslim or non-Muslim, and may well serve as a definitive primer in Islamic history for schools and colleges.

Hopefully, it will also enhance empathetic understanding to narrow the schism in the Muslim Community. Quoting Professor Muqtedar Khan, Professor Abbas drives the point home: ‘Everybody loves Ali…If Ali can help Muslims come closer to God, why can’t he also be someone who brings Muslims closer to each other?’

Hasnain Walji
Published author of over 30 books and contributor to many Islamic journals. Editor of Shia International and Living Islam magazines. Former President of the World Federation of KSIMC. Current Vice President of the Shia Muslim Council of Southern California. 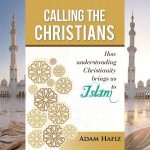 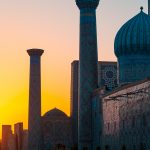 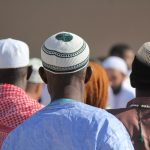