Jafar al-Sadiq’s whole life was an enlightening lesson for us all. He is considered to be the exemplar of Islamic ethic, morality, conduct and was a significant figure in the doctrine of Islamic law. Al-Sadiq was a philosopher, mathematician, chemist, astrologer, professor, alchemist, astronomer, engineer, physicist, geographer, physician, and jurisprudent. Knowledgeable in every subject, he would teach what he knew to whoever sought enlightenment.

When he was a young boy, al-Sadiq attended madrasas, or schools, founded by his father Muhammad al-Baqir. There, he studied with older students in advanced classes, often discussing serious matters of fiqh, the philosophy of Islamic law. Later on in his life, when al-Sadiq founded a madrasa of his own, it became the biggest one in all the Arabian peninsula in the 700s. He taught almost every subject with different fields of Islamic studies such as jurisprudence (divine law), interpretation of the Holy Quran and Hadith, history of all religions and the science of beliefs. Historians have estimated that nearly four thousand students had come from all over the Arabian peninsula to study in the school of Jafar al-Sadiq in Madina. Scholars and theologians, such as Sufyan al-Thawri, Abu Hanifa, Malik ibn Anas, Jabir ibn Hayyan, and Ahmed ibn Hannbal were among his students. 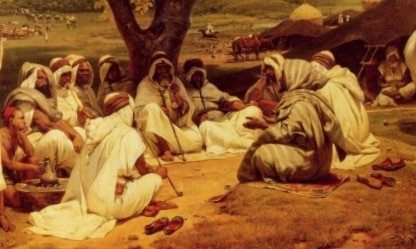 He was a unique leader in the fact that he never strove for power in an era where everyone was grappling for the throne. The people on their own accord would gather around him with devotion and respect due to his extensive knowledge and high teachings. This invoked envy in the heart of the Abbasid caliph Mansur Dawaniqi, who feared that the popularity of al-Sadiq might one day overturn his fragile place in power. He would constantly summon al-Sadiq, taking him away from Madinah to Baghdad, to be questioned or harassed in one way or another. Mansur could not find anything to accuse al-Sadiq (which incidentally means ‘the truthful’) of, so he would let him go only to find another excuse to call him back for more prosecutions. He imprisoned al-Sadiq for months on end without palpable reasons, so as to remove him from the public eye and cut him off from those who looked up to the Prophet’s descendants. Even so, even in the dark confinements of the Abbasid dungeons he did not despair of their Lord’s mercy.

As a result, even those who did not acknowledge him as an Imam, or knew of his prestige or lineage, would revere him for his knowledge and be honored to be among his students. This would only anger Mansur further when news came to him that even the people in his prison were being enlightened by al-Sadiq.

On the 28th of Shawwal, in the year 765, Mansur ordered for lethal poison to be slipped in al-Sadiq’s drink. His death was mourned by the people and he was greatly missed as he had devoted his whole life to the cause of religious preaching and propagation of the teachings of the Holy Prophet and Quran. After his martyrdom, there was an irreplaceable hole in the world of high education. It is an undeniable historical truth that all the great scholars of Islam were taught by the greatest scholar of his time, Jafar al-Sadiq. He was and still is the fountain of knowledge for all to learn from.

How The Middle East Cultivated and Popularised Coffee