The Significance of the Holy Month of Muharram

Muharram is one of the four sacred months mentioned in the Holy Qur’an and is the first month of the Islamic New Year. As Muslims, let’s try and learn about and benefit from this month as much as possible.

The holy month of Muharram is the first month of the Islamic year. This year, it fell on Tuesday 10 August 2021 and will last approximately 30 days. Muharram literally translates to the word ‘forbidden’ and is indirectly mentioned in the Holy Qu’ran as one of the four sacred months:

The number of months in the sight of Allah is twelve (in a year) – so ordained by Him the day He created the heavens and the earth; of them four are sacred; that is the straight usage. So wrong not yourselves therein and fight the pagans all together as they fight you all together. But know that Allah is with those who restrain themselves.”

In pre-Islamic Arabia, tribal wars were quite common and long-lasting. In the sacred months, fighting became forbidden (except in self-defence) so that people can enjoy a period of peace and safely carry out religious pilgrimage, trade and so on.

What are some of the recommended acts to perform in Muharram?

Many ahadith talk about the virtues of fasting on the first nine days of Muharram. In the book of Tirmidhi (book 8, hadith 59), the Holy Prophet (pbuh) is reported to have said:

The most virtuous fasting after the month of Ramadan is Allah’s month Al-Muharram.”

The night prayers are, of course, recommended to do at any time of the year, yet the Prophet has specifically mentioned performing during Muharram, which can only mean there is extra significance or reward to performing the prayer. In Sunan abu-Dawud (book 13, hadith 2423), the Prophet is recorded saying:

(In Muharram) the most excellent prayer after the prescribed prayer is the prayer during the night.”

These are some of the recorded recommended acts to perform in Muharram. Being a sacred month, it is encouraged to increase general good deeds such as giving to charity. Read more about the Islamic-themed New Years resolutions you could make in Muharram

What events occurred in Muharram?

The pinnacle of the month of Muharram is the 10th day of the month, known as the day of Ashura. Shia and Sunni Muslims commemorate/celebrate this day based on key events recorded in history.

Prophet Musa (as) split the sea

Under persecution from Pharaoh and his army, Moses and his people attempted to escape until they hit a body of water. With Pharoah closing in, Moses used his staff to split the sea open so that his people could safely pass. Once everyone had safely crossed, the sea closed with Pharoah midway and subsequently drowned him.

Prophet Noah built an ark under the instruction of the Almighty to save him and his people from the incoming flood. Anyone who boarded the ark would be saved and anyone left behind would be drowned. All of Noah’s sincere people and followers of monotheism boarded the ark as well as one of every species of animal whilst others, including his son, decided to stay behind and drowned. Tafsir ibn Kathir reports that it is on the 10th of Muharram that the ark finally docked.

Martyrdom of Imam Hussain (as) the grandson of the Holy Prophet

How is Muharram commemorated?

On the other hand, the focus of Shia Muslims throughout the entire month of Muharram is mourning the martyrdom of Imam Hussain (as). This is based on instructions from the Prophet. In Mustadrak al-Wasail, (volume 1, page 318) the Prophet has said:

Surely, there exists in the hearts of the Mu’mineen, with respect to the martyrdom of Hussain (as), a heat that never subsides.”

Bihar al-Anwar (volume 44, page 193) has recorded a conversation between the Prophet and his daughter Lady Fatima (as) as follows:

O Fatimah! Every eye shall be weeping on the Day of Judgement except the eye which has shed tears over the tragedy of Hussain (as) for surely, that eye shall be laughing and shall be given the glad tidings of the bounties and comforts of paradise.”

And another tradition in the same book (Bihar al-Anwar, volume 94, page 192), this topic of conversation continues:

Shia Muslims use this basis to mourn for Imam Hussain (as) and this matter takes precedence over the good events that have happened on the same day.

Muharram may divide opinion on how it should be commemorated or the events that took place within it. However, there’s no doubt over the sacredness of the month and all Muslims should spend time increasing their good deeds and start the new year on a good footing. 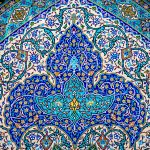 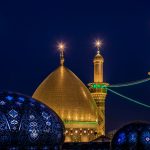 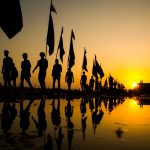