Animals in the Holy Quran – The Spider

In this final piece (if you haven’t already, check out my piece on The Bee and The Ant) I’d like to look at the wonder of the spider, after which the twenty-ninth chapter of the holy Quran was named. Perhaps like me, many of you dislike (my polite synonym for ‘ are petrified of’) spiders, especially the larger ones that scurry away out of sight! However, I firmly believe that in spiders there is a lesson for mankind, as well as a wonder in their design and capabilities, for surely God did not name a chapter after them in vain.

“The example of those who take allies other than Allah is like that of the spider who takes a home. And indeed, the weakest of homes is the home of the spider, if they only knew.”

This verse is of course an excellent example of how God uses literary devices to challenge the reader. The verse uses both a simile and metaphor to draw a parallel between the weak and vulnerable structure of a spider’s web and those who mankind may take as confidantes other than God himself.

What is really interesting, and in my opinion ingenious, is the relative superior strength the silk of a spider possesses – which I will expand on shortly. Moreover, God is referring quite directly to nature in this verse and encouraging us to stop, look and reflect so that we may draw lessons from His creation.

1. There are approximately 38,000 known species of spiders. Scientists believe there are probably as many more to be discovered. This goes to show that what we have managed to discover thus far is still a drop in the ocean in God’s vast expanse of creation.

2. The world’s biggest spider is the goliath spider (Theraphosa blondi). It can grow up to 11 inches wide, and its fangs are up to one inch long. It hunts frogs, lizards, mice, and even small snakes and young birds. The world’s smallest spider is the Patu marplesi. It is so small that 10 of them could fit on the end of a pencil.

3. Spiders have inspired scientists to make space robots. For example, the “Spidernaut” is a mechanical spider that is designed to crawl over the outside of a spacecraft to carry out repairs. Its weight is spread evenly over its eight legs to avoid damaging the surface of the spacecraft. Scientists have also designed miniature pieces of equipment with parts that move just like a spider’s leg. Again, like the bee and ant, spiders too have contributed to the technological advancement of the humans.

4. The silk in a spider’s web is five times stronger than a strand of steel that is the same thickness. A web made of strands of spider silk as thick as a pencil could stop a Boeing 747 jumbo jet in flight. Scientists still cannot replicate the strength and elasticity of a spider’s silk. This particular fact is by far the most impressive, and links back to the Quranic verse above. It’s as if God is talking to us in one voice, the voice of warning via metaphors and similes, and an ancillary voice of ‘All-Knowingness’ with regards to the ingenious design of the web, which without thought, you may be fooled into thinking was a paradox. To appreciate the spider’s web, have a look at the jaw-dropping footage below:

6. It is a myth that a human will swallow an average of four (or any number) of spiders while sleeping during his or her life. It is highly unlikely a spider will ever end up in a sleeping human’s mouth

7. The construction of the spider’s web is mesmerising, and I‘m sure you’ll agree that, despite the annoying moment when you stumble into one, the patterns they produce are exquisite. Moreover, interesting studies into the effects of drugs, including caffeine, marijuana and even LSD, have been carried out in context of spiders’ ability to weave webs ‘under the influence’. 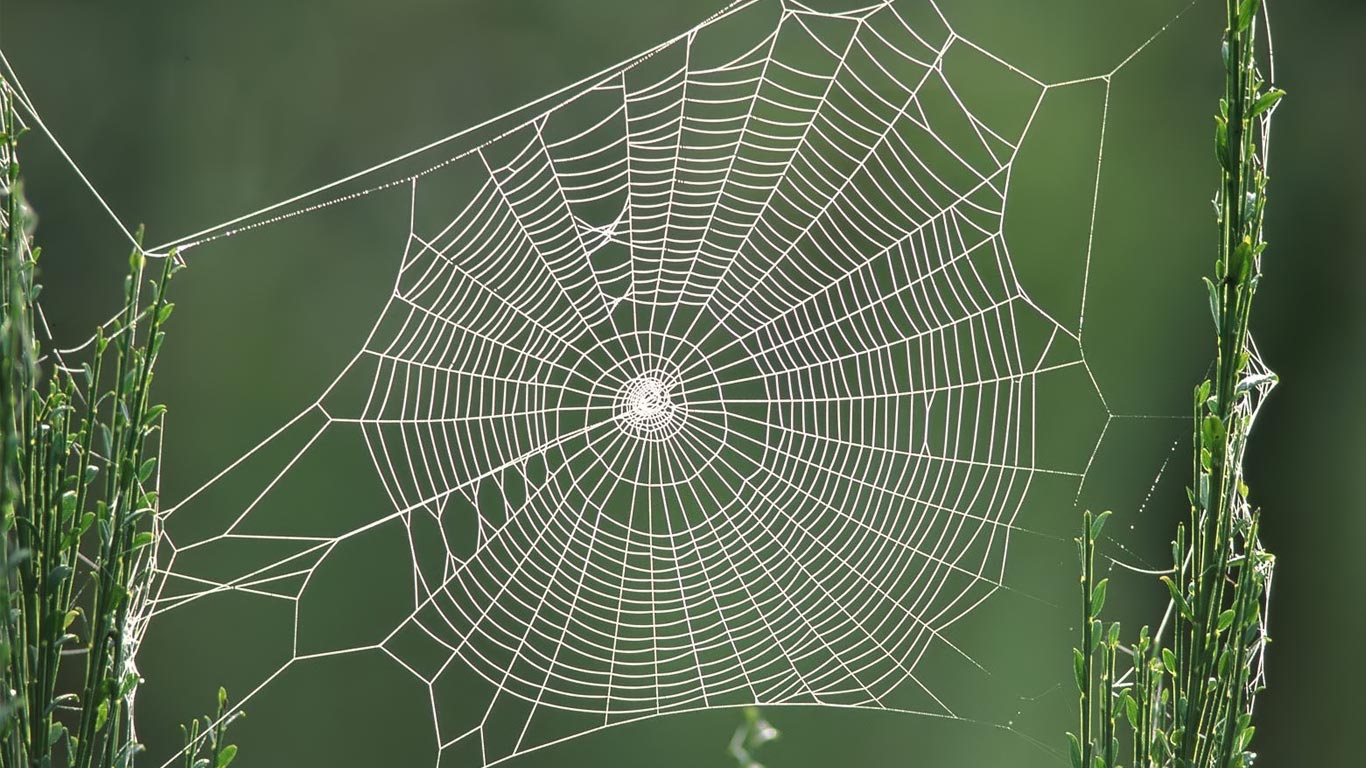 “The ordinary spider weaves its web and uses it as a trap for the catching of flies. It sits hidden within it. As soon as its fly is trapped, it pounces upon it, cutting it into pieces. So is the case with the dogs, the lion hunt, and the trap snares for hunting. Just see how this weak insect has been gifted with the instinct to catch its prey which man cannot do without using artifice and implements. Do not find fault with anything, for everything has a lesson to teach just like the ants etc. A fine meaning is often expressed by an insignificant thing without depreciating its value just as gold is not depreciated if it is weighed against iron weights.”  (Tradition of Muffadhal)

For me nature is another language God speaks to mankind in, and can act as a fantastic way to inspire us, help us to reflect, teach and guide us, and ultimately let us know God a little bit better. If I have managed to write limited pieces on just three creatures from insect kingdom, I get dumbfounded at how many secrets and intricacies there must be in all of God’s creation – *cue humbling moment in light of God’s majesty*. However, more impressive than that is the fact the we, humans, are God’s best creation and have the potential to reach spiritual levels greater than the angels, but also stoop to lows below the animal.

“Most surely in the creation of the heavens and the earth and the alternation of the night and the day, and the ships that run in the sea with that which profits men, and the water that Allah sends down from the cloud, then gives life with it to the earth after its death and spreads in it all (kinds of) animals, and the changing of the winds and the clouds made subservient between the heaven and the earth, there are signs for a people who understand.“ (Quran – 2:164)

A Brief Look at the Development of Arabic Grammar