Ramadan Reflections: Why Do We Repent?

The first moment of repentance in the life of the first man got a special mention in the Quran and other Semitic scriptures. When Adam realised that he had unwittingly committed a mistake by letting himself fall into the trap of his archenemy, a pall of gloom and dependency settled over his mind. Repentance was the only way-out for him to get out of this stressful situation. Yes, Adam redeemed himself by virtue of repentance, thereby discovering a means of redemption for the entire humanity.

The dividing factor between Adam and Iblis – the Angel turned Devil – was repentance.

While Adam became genuinely remorseful after his first mistake and found out a way to make up for it, his avowed enemy did not repent after the first sin but got bogged down in the deep morass of sins. Instead of coming back to his erstwhile respectable position, the former leader of the Angels opted to adamantly stay put and pledged to establish a parallel kingdom of rebellion, disobedience, and eternal evil.

Iblis was cursed because he was rude and consistent in his rebellion and was never aware of the generosity of his Lord, while Adam considered his Lord generous, compassionate and merciful. The sin made Iblis more arrogant and narcissistic while it made Adam more humble and submissive. The father of humanity – the first prophet – was wise enough to opt for submissiveness and humility for all his progeny, while the enemy of humanity was so stupid that he built an alternative empire of evil on the foundation of arrogance. Therefore, repentance represents one of the sanest aspects of our humanity.

Touba as a way of life

Repentance is not merely uttering a few words of apology, nor is it a ritual observed once in a while in life. It is rather a way of life. For a believer, it is an exercise in course correction and self-restraint. It is the declaration of submissiveness and renewal of our vow of allegiance to the Creator. It is driven by an urge to cleanse the soul of all blemishes that it may have accumulated in each moment we live in this world. It is not only the last resort of a sinner but also a measure of precaution for those who do not commit a sin at all. That is why the Messenger of Allah used to repent umpteen times a day. It is an attempt to reiterate that we are still in the pursuit of the goal set by Him despite many aberrations.

If to sin is an aberration, repentance is an attempt to return to the normalcy.

It is to admit the weakness of our resolve and dedication in pursuing the true objectives of life. One who repents acknowledges his faults and expresses his willingness to rectify whereas one who shies away from repentance betrays the hint of smugness in his attitude.

The readiness to repent itself shows the readiness to assume lowliness in front of God. The soul of repentance lies in the sense of guilt over the sins committed and the desire not to repeat them ever in life. If repentance helps us to be as a spotless as a newborn (as the Messenger of Allah taught us), it is definitely an instrument to retrieve our inherent innocence and purity and to mend the differences with God. Whenever we fear that we are distancing away from the Lord, we need to make use of repentance to reduce this distance.

A true believer cannot afford to live in the winter of sins; he has to shed leaves to renew himself for the upcoming spring. Repentance is an attempt to recover the greenery of life. To the parching summer of our mind, repentance rains like a revitalizing drizzle.

While writing an autobiography, it is very plausible that we may want to project a more positive image of ourselves by focusing on events and experiences that promote our ‘brand value’ and obfuscating some unpleasant realities that we may not want to share with others. We can dress up the entire life in order to make it more attractive and appealing.

Even in the most reliable autobiographies which claim to be depicting the hard realities of life, it never portrays ‘ life as it is lived’ rather it exhibits ‘life as it is to be presented’.

Normally this cover-up may never be exposed, therefore, the readers will in no way be able to get down to the nitty-gritty of the stories. But this isn’t the case if the readers are pretty well familiar with the secrets we are trying to hide from them and if the audience are familiar with our secrets, we won’t be in a position to whitewash. Just imagine a memoir, where you cannot do any omissions and commissions and which does not exclude anything from your life, including the unpleasant memories that haunt you, how do you think the reader will think of you?

As we are taught by the Qur’an, each one of us will have a comprehensive and unedited chronicle of our life, based on which the fate of our future in the hereafter will be decided. No moment will be exempted from the record and no favouritism is expected because it is so meticulously written with each particle of our body standing as a witness within its own capacity.

But we are offered a potentially effective instrument to intervene in the whole process of chronicling and turn it in favour of us. Touba (repentance) is one of the legitimate tools we can make use of at times to remove some bitter memories that we want to avoid as part of our biography. It is an instrument to purify our memory and make our biography more presentable to Allah. If properly and timely used, it can edit out all the ‘unnecessary’ information and display the book as an attractive presentation of our days in this world.

The story of Ka’b bin Malik

Evoking poignant images in a believer’s mind and moving him or her to tears at times, is the touching story of Ka’b bin Malik and his two companions whose forgiveness was delayed by Allah after they failed – for no obvious reason – to accompany the Messenger of Allah to Tabuk in one of his challenging expeditions. Unfolded in one of the lengthiest Hadiths, narrated by Abdullah son of Ka’b, the story takes us through a series of interesting anecdotes before it culminates on a more cheerful note with their 50-day long anxious waiting for forgiveness coming to an end with a Quranic revelation.

The suspense of the whole story and its climax hangs around one single factor: repentance. The trio went through the most stressful time in their life before the Almighty eventually accepted their sincere repentance and dedication to truth. It brings to sharp focus how heavily a sin can weigh on a believer’s mind and how relaxed he will be once its crippling heaviness is lifted off his head. Another important lesson that we can draw from the story, among many others, is that the willingness to admit to the mistakes and to say the truth will eventually pay off, however painful it may be in the short run.

Ka’b and his two companions were the only people who felt remorse for staying behind in Medina and confessed to it in front of the prophet when he came back, while many others opted to lie and tried to convince the Prophet that they had some genuine excuses to stay away from Tabuk expedition. The Messenger of Allah took all of them at face value, those who lied were left scot-free while Ka’b and his friends were asked to wait till Allah decides on their confession.

The reason cited by Ka’b for saying the truth to the prophet is a real eye-opener for all as it reveals how regretful he was about not accompanying the prophet: “… I have been bestowed with the power of speaking fluently and eloquently, but by Allah, I knew well that if today I tell you a lie to seek your favour, Allah would surely make you angry with me in the near future, but if I tell you the truth, though you will get angry because of it, I hope for Allah’s Forgiveness. Really, by Allah, there was no excuse for me.…”

This was followed by an extremely challenging period in their life. Their families and friends were told to keep themselves aloof from the trio till their fate was decided by Allah. They went through a period of severe isolation both mentally and physically and as the Quran aptly described the entire planet appeared to be too congested for them. But they remained steadfast and optimistic for Allah’s forgiveness, despite receiving offers from some foreign kings ‘to escape from this ignominy’. Deeply moving is the moment when K’ab describes how he treated a letter from the King of Ghassan offering a safe haven for him, ‘placing it in the oven and creating a fire by burning it therein’.

Eventually, the news of forgiveness came, making their heart jump with delight. Describing the happy news, the Messenger of Allah told them ‘to be delighted with the best day that you have got ever since your mother delivered you’. The story of Ka’b is a study in how stressful a believer’s mind will be if he is denied Allah’s mercy and how relieved he will be once he is blessed with His forgiveness. 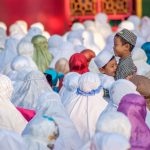 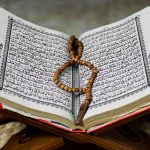