The battle of Karbala and Muharram in Melbourne

As an international student when I first came to University of Melbourne in 2012, I clearly remember that the orientation session started by acknowledging the traditional owners of the land. Over the years, I sometimes fear this formal acknowledgement is often reduced to a mere token effort, i.e. a protocol to be followed during the introduction to every formal event. After reading more about the “protocol” I realised that at the core of the acknowledgement lies an apology and commitment to try and undo the oppression, discrimination, injustice that colonisation has done. But can it really be undone? Perhaps acknowledging the wrongs is the first step to that effort.  It also made me realise the importance of understanding how histories are written, whose version and voice is represented and how a hegemonic discourse is created by dominant voices in order to create a parallel narrative to counter the tragedies and struggles by people against colonisation, oppression, discrimination and injustice.

Dr. Martin Luther King said ‘Injustice anywhere is a threat to justice everywhere.’ The event of Karbala and the actions of Hussain ibn Ali embody this statement. He took this stand to save humanity from the spread of injustice.

Shia Muslims in Melbourne (and elsewhere) who happen to be a minority within a minority, have a similar story to share. We are in the month of Muharram, which is the first month of the Islamic calendar. Since the Islamic calendar is a lunar calendar, Muharram shifts every year when compared to the Gregorian calendar. This month holds great significance for Muslism, especially for Shia Muslims who commemorate the martyrdom of Hussain ibn Ali (a.s) – the grandson of the holy Prophet of Islam, Mohammad (P.B.U.H). On the 10th day in the month of Muharram, during the battle of Karbala (in present day Iraq), Hussain ibn Ali was martyred along with 72 of his family members and friends. This day is called Ashura and on this day mourners gather to recall the events of Karbala and lament over the tragedy.

This tragedy took place 1437 years ago. Many years after the Prophet’s (P.B.U.H) death, after various other leaders, Yazid son of Muawiya – who was the leader of a group known as Bani Ummayud – took leadership. During the rule of Yazid, society disintegrated and his mistakes as ruler and his dictatorial behaviour became apparent. Hussain ibn Ali rose to teach Muslims to believe in Islam where ethics are a lived experience rather than just a notion of spirituality. It is said in diplomacy the only permanent thing is ‘interest’ while righteousness takes a backseat. However for Hussain ibn Ali, politics was directly related to ethics and ethics to religion.

The events at Karbala speak about the quest to live and die with a purpose- a simple purpose to serve the humanity by doing actions which go far beyond your sphere of convenience.

He did not swear allegiance to the tyrannical rule of Yazid and decided to shift to Kufa where the local population had promised to not submit to injustice and stand up against oppression. On his way to Kufa, Hussain and 72 others including his family and friends get surrounded in Karbala by thousands of soldiers from Yazid’s army. The battle of Karbala takes place. This battle is not to be seen as just another ‘critical event’. The events at Karbala speak about the quest to live and die with a purpose- a simple purpose to serve the humanity by doing actions which go far beyond your sphere of convenience. It is about making sacrifices without ulterior motives. It is about defining human capacity and emotions to not distort right and wrong -at a moment where being selfish, can be easily justified by any figment of human imagination, then and now.  Hussain Ibn Ali and 72 others are martyred for having a conscience. 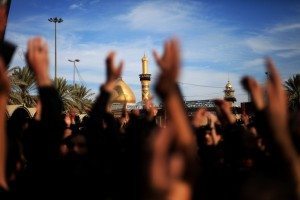 This event for Shia Muslims is not just about learning and knowing Islamic history. It is to large extents about understanding the very meaning of Islam and being Muslim itself. It is about realising an individual’s relationship to self and the One God. A relationship which you are not born with but build through inculcating virtues such as sacrifice, humility, protection of freedom, speaking truth  – all of which are at the core of Islamic piety.  This religiosity is demonstrated through a procession on the roads in cities from Sydney to New York, Paris to Pakistan, Beirut to Africa and to any corner of the world where humanity still breathes. Shias dressed in black, mourn the tragedy through images and symbols recreating the cosmic magnificence of the lessons from Karbala. For instance, in Melbourne marching through Central Business District (CBD), Shias will be carrying a huge flag (Alam) symbolic to the flag of Hussain Ibn Ali. The flag-bearer (Alamdaar) in Karbala was Hazrat Abbas (half-brother of Hussain Ibn Ali) who died while trying to get water for Bibi Sakina (Hussain’s young daughter). The deliberate act of martyrdom of Hazrat Abbas in the face of brutal force makes Shias mourn and pray that no one else in the world suffers thirst and hunger like Bibi Sakina. Onlookers watching Shias distributing water to anyone and everyone on the road can be sceptical of such performative piety, but for Shias this performative connection to the martyrs of Karbala triumphs over the otherwise label of being a namesake Muslim without giving-back to anyone and everyone regardless of their identity.

The intention here is not to understand Muslims through the labels of sects (as it easily becomes fodder for islamophobes, and Muslims who claim orthodoxy over Islamic history and its contemporary relevance). The intention here is to highlight the universality of the lessons learnt from Karbala. Unfortunately the lessons from Karbala have been trivialised by many Muslims who think Shias are not ‘Muslim enough’ as they have a different understanding about Islam, religious practices, values, beliefs, jurisprudence and so on. Based on these assumptions, making Shias as the “other” within the Muslim community, the Shia Muslims in Australia get negligible representation in organization(s) which claim to be speaking on behalf of Muslims of Australia. But Karbala teaches us to continue our quest to find mutual grounds where humanity is prioritised before identity. This is demonstrated by the fact that the companions of Hussain during Karbala included people of different religions, nationalities and race. 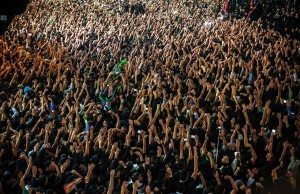 Shias like other minority groups continue to be targeted in many Muslim majority countries and societies. The violence is not merely physical but also one which seeks to erase any “other” tradition, historical narration and meaning of Islam which claims to counter a particular monopoly over the meaning of absolute truth in Islam. There is a need to preserve the identity, legacy, historical narration of Karbala, all of which form the essence of ‘being Shia’. It will be a moral turpitude if one thinks that sacrificing for the larger good, fighting injustice, notion of guardianship, companionship, loyalty, virtues of patience and truth are all subject to interpretation and one does not necessarily see them in the events of Karbala. One does not have to believe in any race, religion or identity or have a particular political orientation to acknowledge the evil of Islamic State in Middle East- the women slaves- the slaughter of children and the forced exodus of millions of people for a mere hope of survival. The events at Karbala symbolise the fight against all injustices. We need this constant reminder that we cannot remain silent while such atrocities take place.

There is a saying that ‘Everyday is Ashura and every land is Karbala.’ This statement describes just like on the day of Ashura, every day innocent people are murdered because of their beliefs or for standing up against injustice. People face some form of oppression in every country on every land.

Dr. Martin Luther King said ‘Injustice anywhere is a threat to justice everywhere.’ The event of Karbala and the actions of Hussain ibn Ali embody this statement. He took this stand to save humanity from the spread of injustice.

Today it is incumbent upon each and every one of us to unite against injustice.

The Ashura procession in Melbourne will be on the 24th of October at Carlton Gardens, 12:30pm onwards.