In the book, we get to live the life the Prophet and his companions lived. We get to feel their persecution, their rejection, their pain of separation from loved ones as well as their conviction, their faith, their brotherhood, and their willingness to give up their lives in martyrdom for the sake of Allah. 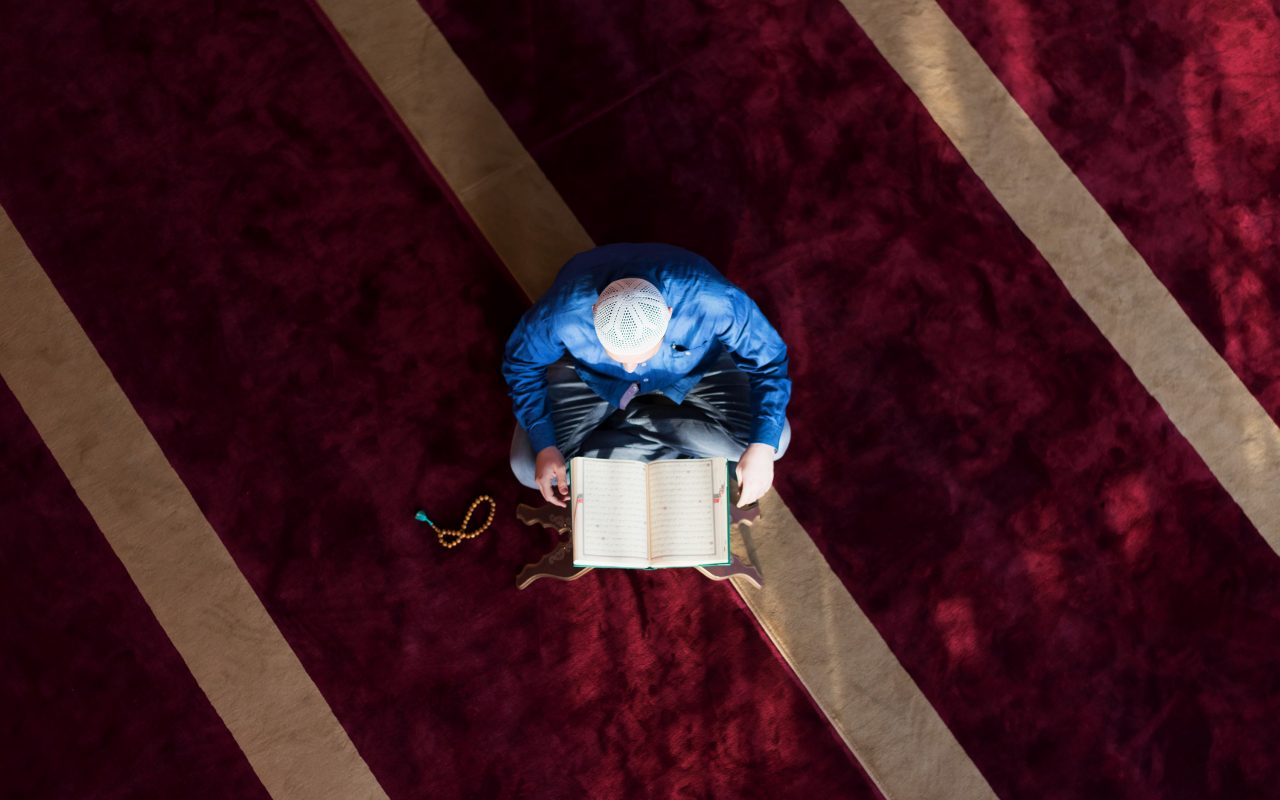 In the book, we get to live the life the Prophet and his companions lived. We get to feel their persecution, their rejection, their pain of separation from loved ones as well as their conviction, their faith, their brotherhood, and their willingness to give up their lives in martyrdom for the sake of Allah.

It was an azure-skied afternoon, like most other sunny days in Nima, Ghana. I was on a motorbike, negotiating the curve around the Institute of Islamic Studies, Research in Nima when I heard my name reverberate in the skies. ‘Maaaaaaazi.” This was to be expected. The neighborhood I was riding through is where I grew up. It is also where I expend my hours of activism.

I slowed down and turned and lo and behold it was Zeinab Saeed, my fellow Reader at Success Book Club and junior back in the days at Tafsiliyya School for Training and Education. Zainab’s request was simple. She wanted the biography of Prophet Muhammad I have always raved on and on about. She wanted to read it.  The book is the Life of Muhammad.

The book, dedicated to those who seek the truth for the sake of the truth, was first published in 1976 and was written by the now belated Egyptian writer, politician, journalist, and former Minister of Education, Muhammad Husayn Haykal. In his words, the book “is a renewed effort to establish the historical truth of the details of the Prophet’s life in accordance with these rules, as well as to refute, by the same means, the false allegations against Islam and its Apostle….. The book is a tribute to the Muslim’s critical attitude in religious matters.”

So while it seemed like just another book being loaned out of my personal library to a fellow enthusiastic reader, it was no simple request handing out such a treasured book when most borrowers tend to not return books. But in the spirit of knowledge sharing, especially one that had to do with such a colossal figure, I had no other choice.

I have read a lot of biographies on the Holy Prophet of Islam. Notable among these are The Sealed Nectar by Safiur-Rahman Al Mubarakpuri, Mohammad As If You Can See Him by Aidh-al-Qarni, Muhammad for the Global Village by Dr. Muhammad al-Haashimi al-Haamidi, The Prophet of Mercy, The Exemplar Beyond Compare, Civilization of Virtues, Muhammad Mustafa all by Osman Nuri Topbas – but if there is any biography you will find me sitting down to re-read again and again, then it is certainly Life of Muhammad by Haykal.

The book raises critical issues that can serve as guideposts to Muslims in this age of Google –scholarship and quick-fix acquisition of knowledge without proper assimilation and its concomitant issue of the misapplication of edicts and facts. The book underscores the fact that the Prophet was the embodiment of the Quran, who met the disbelievers with the hardest of hearts and obstinately pig-headed to the truth yet he treated each and everyone with candor, respect, cool-headedness.

He, the Prophet, embraced all these characters and moved along with them. In these modern times, we have clerics and revivalists who in their quest to correct things Islamically create more confusion, increasing the spite in the hearts of the people they purport to correct because they lack a scintilla of the wisdom, tactfulness, and wonderful spirit of advocacy of the Holy Prophet.

One of the issues addressed in the 624-page book is the fact that the validity of the Prophet and belief in Allah needs no recourse to a miracle. It is self-evident within the natural flow of life and needless of anything beyond the presentation of the revealed text to consciousness. The book states: “history has not reported a single case of an associationist who believed in Muhammad because of a miracle performed. Islam has no parallel to the case of the magicians of Pharaoh whose rods were swallowed up by that of Moses.”

The case is established of that of Suraqah ibn Ju’shum who saw a tremendous miracle on his pursuit of Prophet Muhammad and Abubakar on their way to Madina, who became convinced overwhelmingly that there is a divine intervention at hand yet never joined the fold of Islam until about eight years later when the Prophet conquered Makkah.

This issue is of utmost importance to me because in recent times we have been bombarded by the sophistry of the weirdest order to prove the validity or greatness of some Sheikhs. Some were said to have spoken from walls, others could turn into leaves and the weirdest is that the livestock of the town of certain Sheikhs cannot be roasted by any other person. The story is told of a guinea that flew into the mosque of a certain Sheikh to avoid being caught. Its meat never got roasted though dead and placed on fire because of the mystical powers of the Sheikh whose mosque it had entered. What expensive sophistry!

Another issue that the book teaches that youth is the flow of life. As young people, we are taught to trust the process. The journey to success in life is fraught with perils, travails, happiness, and filled with vicissitudes. It was and it is never beyond the powers of Allah to complete the mission of the Prophet from day one, having all and sundry believing in him. It is never.

Yet the Prophet had to go through a roller-coaster of twenty-three solid years before he completed his mission. He was accepted by few and rejected by many (the strong and the mighty) when he started. He was scoffed at by his own uncle, ridiculed by his own people, stoned and badly abused by the people of Ta’if, accepted by slaves; his followers were persecuted and trampled upon. As if that was not enough, he was exiled by his own people, accepted by strangers, won wars, lost wars, betrayed by the Banu Qurayzah who refused to embark on pilgrimage and finally conquered Makkah. That is the process of life.

Interestingly, the Muslim youth today is immersed in a world of instant gratification. Longevity in following up on a course of action is virtually non-existent, they do not believe in the process, and talk less of even trusting it.  A lot have resorted to questionable means to gain precocious success, in the words of Jordan Belfort, “at such a ferocious clip that they ended up skipping over the typical life struggles that most young men and women go through that serve to build their characters. The result is success without respect, wealth without restraint, power without responsibility…..”

The reason I always talk about this book is the method used by the author. Muhammad Mustafa al-Maraghi, the former Grand Sheikh of al-Azhar, stated in the foreword to the first edition that: “Dr. Haykal’s new method is Quranic. For he has made reason the judge, and evidence the foundation of knowledge. He has repudiated conservatism and castigated the conservatives. Agreeing with the Quranic principle that ‘opinion and speculation are no substitutes for true knowledge’ (Qur’an 53:28), he has chastised those who speculate without evidence; who regard the old purely for its age…”

Haykal raised very controversial issues in the book, some of which have been subjects of never-ending debates among Muslims and some which the Orientalists have used to attack the Holy Prophet in their quest to tarnish the image of Islam. And he addressed them using evidence from superior logic backed by Prophetic messages and Quranic verses.

The Prophet’s marriage with Zainab Bintu Jahsh, the splitting of the Prophet’s chest, the slander affair, the campaign against Banu Qurayzah, Al-Isra, and many other issues which he addressed came with a maturity of mind matched by great knowledge. He also delivered his debates with great, compelling arguments and convinces with sound logic and a unique style. What ‘killed’ me the most is his concluding two essays, Islamic Civilization as depicted by the Quran and Islamic Civilization and the Western Orientalists. Haykal really spiced up the book with condiments of knowledge and ingredients of proofs.

So I gave the book to Zainab Saeed and these are the lessons she shares with us.

Nothing of his life was irrational. As stated in the book in the eloquent words of Al Busayri, “God did not try us with anything irrational. Thus, we fell under neither doubt nor illusion”.

As I closed the pages of this great book with a heavy heart, I felt the pain his family and companions felt when they laid his blessed body in his grave in the quarters of his wife, Aishah ( peace be upon her) to bid farewell to a great soul that once lived.

May we continue to be guided by his light till our reunion with him. 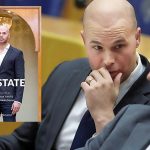 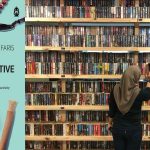