The Christian boy who ruled the Muslim world

Have you ever heard of the Christian boy from Bosnia who grew to rule the Muslim world?

Have you ever heard of the Christian boy from Bosnia who grew to rule the Muslim world?

“Go to Mangalia, which is the Mecca of the wandering poor people!”

I had expected many things from the little Esmahan Sultan Mosque in Mangalia, in South-East Romania, but a comparison to Islam’s holiest city was not one of them.

“The Esmahan Sultan Mosque was built in 1573 … in memory of Solyman II, one of the greatest rulers of the Ottoman Empire of that time…” the sign continued. This was clearly no ‘official’ tourist sign, the year 1573 was written in blue over the original and it had the wrong Suleiman. Suleiman II came to the throne in 1643 – a whole 70 years after the mosque would’ve been built. 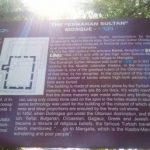 None of this bothered me much, I had arrived in search of Romania’s forgotten Islamic history expecting more questions than answers, and whilst the brown sign at the entrance posed many the questions, my new friend Lutfi was part of the answer.

His back slightly bent with age, Lutfi, stood grinning at me, the sun glinting off his large brown-tint lenses. He wore a flat cap and neatly creased beige trousers with a short sleeve shirt. The picture of a Mediterranean elder. All he was missing was a checkers set and a park bench.Lutfi was a Romanian-Turk; a real life Ottoman descendant. He was the Muslim story I had been looking for.

Earlier we had stood side by side for dhur (midday) prayer inside the Esmehan, Lutfi’s local. Islam was very much alive in Romania. 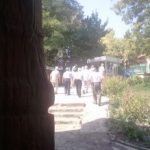 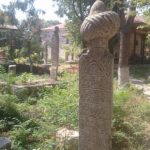 In the mosque’s garden, hidden among overgrown foliage, a dozen or so slim tombstones stood in varying stages of decay, topped by stone Ottoman headdresses of differing rank. Many had clearly legible Arabic and Persian engravings. Some, ravaged by time, had fallen away and been neatly piled by the mosque doorway.

The restoration work was apparently the private undertaking of a wealthy businessman from Turkey called Seyyid Ismail Hakki Bey, the mosque’s Imam told me in his limited English. It was Seyyid who had authorised the sign at the front.

“During the 16th century, the princess Esma, daughter of Selim II and wife of the High Vizier Sokollu-Mehmet Pasha, took refuge in Mangalia …” it continued.

Sokollu had been the most powerful Grand Vizier in Ottoman history, starting his tenor under Suleiman the Magnificent, when the empire was at it’s height. Sokollu’s story and reign as Grand Vizier makes for one of the empire’s most intriguing chapters.

Born ‘Bajica’ to a Christian Serb shepherd in the tiny little village of Sokolovici (lu in Turkish means ‘from’) in modern day Bosnia. Sokollu was taken from his family aged 10 by the Ottomans as part of the devsirme system, and trained as an elite Janissery soldier.

Converted to Islam, over the next 50 years, Sokollu rose steadily through the military ranks before, just short of his 60th birthday, Sultan Suleiman appointed him Grand Vizier in 1565, making him the second most powerful person on the planet.

A year later, the Sultan died on a military campaign with Sokollu by his side. The Grand Vizier immediately took hold of the empire’s reins to oversee the smooth ascension of Suleiman’s son Selim II to the imperial throne.

Selim was very different to his father. Softened by palace life, he had no interest in ruling the world or heading out on military campaigns.

Thus began a 13 year period during which most historians believe it was Sokollu that ran the Ottoman empire, as the de facto ruler to soft, uninterested Sultans.

The Christian boy from Bosnia had grown up to rule the Muslim world. Not everyone liked this arrangement, least of all the Ottoman Sultanas, whose power was on the rise towards the end of this period, especially after Selim II was succeeded by his son Murad III, a handover again overseen by Sokollu, who remained Grand Vizier.

Some believe the Sultana’s were behind Sokollu’s eventual murder four years later at the hands of a ‘mad’ dervish in October of 1579. What is certain is his death signalled the dawn of the period known as the Sultanate of Women, when Ottoman power was firmly in the hands of the imperial women, namely the mothers of the Sultans.

As I stood alone in the mid-afternoon sun staring at the cartoon-like stone turbans, I wondered if Sokollu had indeed sought refuge here in Mangalia, as Seyyid’s sign claimed. If he had, it would surely have been during those latter years when he knew the daggers were out for him.

I imagined a sad, disillusioned old man sitting in the mosque, far from the halls of power, and even further from the village of his birth, near which he had recently had a bridge built by his good friend the brilliant architect Mimar Sinan – like him, the product of devsirme.

There is no Kaaba or Mecca in Mangalia, there isn’t even a stunning Islamic monument. There’s just a whitewashed old mosque with a terracotta roof that has the most fabulous story to tell.