The History of Compilation of the Holy Quran

Allah promised in the Quran: “We, ourselves, have sent down the Dhikr (Quran) and we are able to protect it” [Al Quran 15:9].

All praise is due to Allah, who has sent down upon His Servant the Book and has not made therein any deviance [Al Quran 18:1]. As a Muslim, it is an integral part of our Emaan to have absolute conviction about the authenticity and perfectness of each and every word of this Book of Allah. Merely having such belief will not do justice towards this Divine Book and as Muslims, every one of us should recite, understand, implement and spread the divine message/commandments contained in this Book according to the best of our individual ability.

In order to understand the meaning/interpretation of the Holy Quran, knowing the history of its compilation is of paramount importance. The message we get from the Holy Quran is the divine commandments of the Almighty. The texts of the Quran are the direct words from Allah and Prophet (ﷺ) reiterated the same without any alteration. Allah says in the Quran “He does not speak out of (his own) desire. It is but revelation revealed (to him)” [Al Quran 53:3-4].

From the day of the first revelation till date Allah is protecting this Quran and it will remain protected till the Day of Judgment as Allah promised in the Quran: “We, ourselves, have sent down the Dhikr (Quran) and we are able to protect it” [Al Quran 15:9].

This article hopes to shed some light on how these divine commandments were preserved by Allah, through His Messenger and pious predecessors of this Ummah. The Quran has been revealed upon our Prophet (ﷺ) on a piecemeal basis during the tenure of Prophethood starting from 609 AD to 632 AD. Whenever a verse came down to our Prophet, he had paid utmost attention to preserve the verse and for this reason, he used to recite quickly and simultaneously with Jibril so that he can memorize the Message which he was receiving.

However, Allah says in the Quran: “(O Prophet), do not move your tongue (during revelation) for (reciting) it (the Quran) to receive it in hurry. It is surely undertaken by Us to store it (in your heart), and to let it be recited (by you after revelation is complete). Therefore, when it is recited by Us (through the Angel), follow its recitation (by concentration of your heart)” [Al Quran 75:16-18]. Therefore, the verses of the Quran were automatically embodied into the heart of our Prophet (ﷺ). Despite that, during every Ramadan, our Prophet (ﷺ) used to recite all the verses revealed throughout the year before Jibril and vice versa in order reassure the correctness of the Message.

Apart from that, the Prophet highly encouraged his companions to learn, memorize, and teach the Quran. In one Hadith, he said: “the best among you (Muslims) are those who learn the Qur’an and teach it” [Sahih al-Bukhari 5027]. Therefore, learning Quran, memorizing it, and teaching the same to others were widely practiced among the companions. There were few companions including, inter alia, Abdullah Ibn Masud, Ubai Ibn Kab, and Abdullah Ibn Abbas who had an extremely sharp memory, and every time after the revelation of verses they used to memorize the same. Some others like Zayed Ibn Sabit and Muwabiya ibn Abi Sufiyan used to write down the verses on items like leather, cloths, or stones.

During that time our Prophet (ﷺ) gave instructions about which verse will become part of which Chapter and chronology of the verses as well. The Prophet (ﷺ) also explained these verses and associated acts for worship or implementation without delay. It is relevant to mention here that according to many scholars, our Prophet (ﷺ) named a few of the chapters of the Quran himself, such as ‘Al Fatiha’, ‘Al-Baqarah’, ‘Al e-Imran’, and ‘Al-Kahf’. Many chapters were subsequently named by the companions on the basis of consensus.

It is true that at the time of death of the Prophet (ﷺ) the Quran was not compiled as a Book because verses were revealed even a few months before his death. However, a few of the companions had memorized the entire Quran before the death of our Prophet (ﷺ). Imam Bukhari quoted a narration from Anas ibnu Malik that at that time only four companions had reportedly memorized the entire Quran and they were Abu Darda, Muaz ibnu Jabal, Zaib ibnu Thabit and Abu Zaid. In addition to that, the entire Quran has been written down in parts on various articles.

After the death of Prophet (ﷺ) Abu Bakr As-Siddiq widely became recognized as the first Caliph of Islam. As soon as he became the Caliph, he faced some critical challenges or trials. Firstly, there was a group of people who refused to pay Zakat, a few claimed Prophethood, and some Muslims even left the religion of Allah and became apostates. In order to resolve these trials, Muslims had to fight a few battles and skirmishes. After only 13 months from the death of the Prophet (ﷺ), the battle of Yamama took place against Musailamah (The Liar, who claimed Prophethood), and in that battle Muslims were victorious but 70 Huffaz of the Muslim army were martyred.

After this battle, several senior companions advised Abu Bakr to take steps to compile the Quran into one book so that it can be preserved without any concoction or innovation. Initially, Abu Bakr was hesitant as he was concerned whether that could lead to innovation or not but ultimately, he agreed to do the compilation. For doing this crucial task Zaid bin Thabit (Al-Ansari) was given the main responsibility. Zaid then collected all the Articles where verses of the Quran were written down and also called on a few other companions who had memorized the entire or majority of the Quran. In consultation with the companions, Zaid then compiled the entire Quran into one book and handed over the same to Abu Bakr. Abu Bakr kept this masterpiece in his custody till his last breath.

During the Caliphate of Uthman ibn Affan, Islam had spread far and wide and differences in the recitation of the Quran became obvious. At that time many senior companions advised the Caliph to create multiple official authentic copies of the Quran in accordance with the master copy lying with Hafsa.

The Caliph Uthman then ordered Zaid bin Thabit, Said bin Al-As, Abdullah bin Az-Zubair, and Abdur- Rahman bin Al-Harith bin Hisham to write the Qur’an in the form of a Book (Mushaf). In addition to that, every copy of the Quran from around the world was brought to Madina and they were verified with the master copy. Those found contradictory were burnt down. In this way, the authenticity of the Mushaf was preserved. At that time there were seven states under the Islamic Caliphate namely Madina, Makkah, Basra, Kufa, Yemen, Syria, and Bahrain, and a master copy of the Quran was sent to every State along with a Qari (reciter) who can teach the Muslims to read the Quran accurately.

The first master copy compiled by Zaid bin Thabit (Al-Ansari) was securely stored in Madina for centuries. It was also saved from the great fire at Madina during 654 Hijri. It is reported that during First World War the Ottomans got this master copy transferred from Madina to Istanbul but unfortunately it got lost. The subsequent master copies i.e. Mushafs, compiled during the Caliphate of Uthman, were also preserved by the Muslim Rulers for centuries but in the course of history, those copies could not be preserved as compiled.

It is interesting to know that the Mushafs compiled during the Caliphate of Abu Bakr and Uthman were un-pointed i.e. they did not have any diacritical marks [e.g. Fathah ( ـَ ), Kasrah ( ـِ ), Dammah ( ـُ ), Sukoon ( ـْ ) etc.]. Now let us briefly elaborate on why these diacritical marks were introduced. We all know that the Quran was revealed in Arabic but the version of the Arabic language spoken by Quraiysh at that time was not the only type, as there were six other popular dialects. For a better understanding of the Quran, it was revealed in all seven dialects so that Arabs can understand the Message in its proper sense.

When Islam had spread around the world and the Arabs were mixing with people of different races, ethnicity, and language, confusion again arose regarding the correct recitation of the Quran. At that time Abdul Malik ibn Marwaan was the Caliph of the majority of the Muslim world and he ordered Hajjaaj ibn Yusuf to take care of this important matter. Accordingly, Hajjaj appointed Shaykh Nasr ibn Aasim Al-Laythi and Yahya ibn Yamar Al-Adwaani to find a way out of this confusion. At that time they were among the most knowledgeable, righteous, and experts in the Arabic language and the various readings of the Quran. These two Shaykhs introduced diacritical marks for the first time and successfully solved the problem. Since then millions of copies of the Quran were made without any discrepancy.

Therefore, the copy of the Quran that we have today in our home is exactly the same as compiled by Abu Bakr and then Uthman. It was only possible by the Grace of Almighty Allah and due to the tremendous effort of our pious predecessors. So from now on, we should open the Mushaf with more conviction and firm belief that this very Book was taught by the Prophet (ﷺ) to his companions. 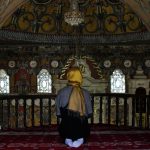 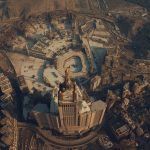