The evidence that we have shared genes with these animals doesn’t necessarily mean we descended from a common ancestor, but rather I see it as proof that there is one creator that placed similar characteristics of these primates in humans. 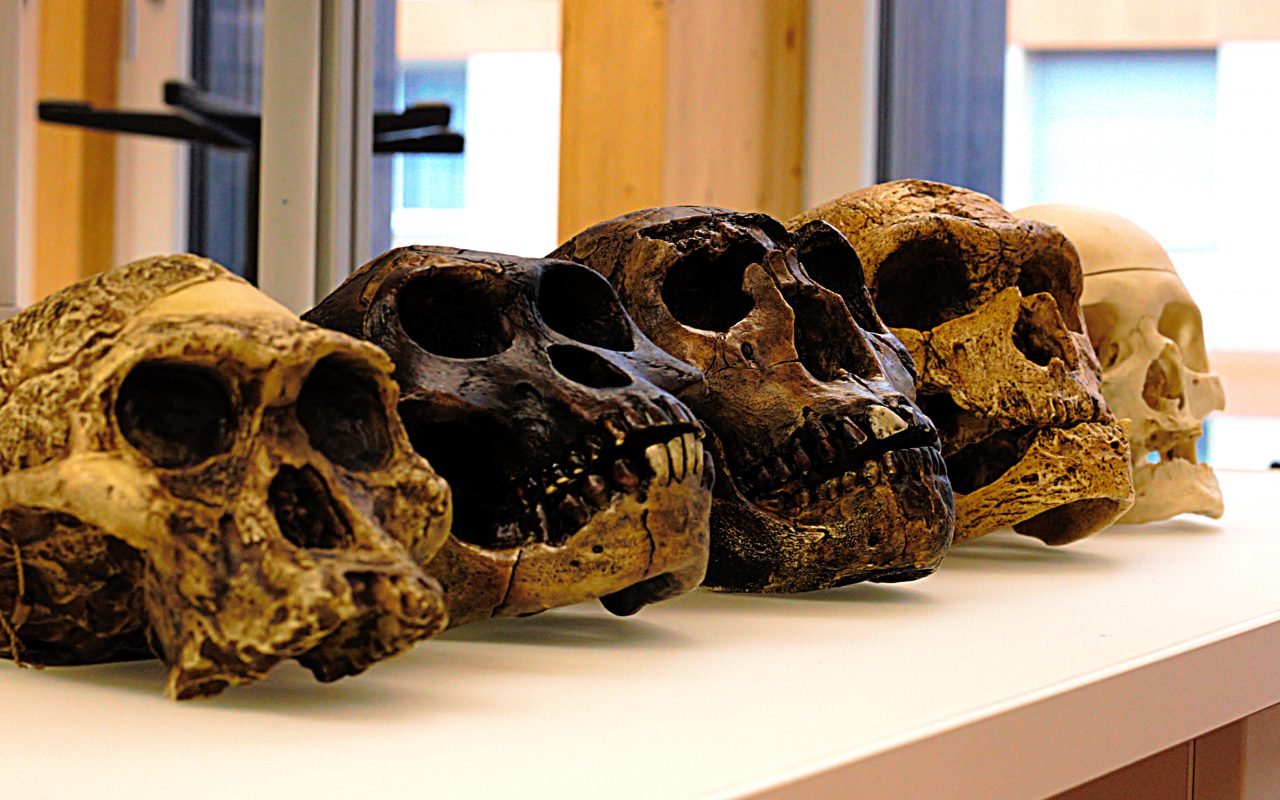 The evidence that we have shared genes with these animals doesn’t necessarily mean we descended from a common ancestor, but rather I see it as proof that there is one creator that placed similar characteristics of these primates in humans.

Human evolution. An uncomfortable phrase to many religious scholars, but a welcomed and accepted theory in science. Human evolution is the process in which a series of changes within history led ape-like creatures to evolve into modern day humans. This theory states that 7 million years ago the human lineage broke away from that of apes, in which at this time the last common ancestor of these primates and humans existed.

When the lineage split into two, it allowed for the development of a new species called hominins, that exhibited a series of human-like traits such as large brains, small teeth, bipedality, and tool use. This species evolved from early hominins to australopithecines to homo. The last type of homo to exist are the homo sapiens, who are us.

The evidence that backs up this theory, that we share a common ancestor with chimps, gorillas, and other apes, is mainly fossils from the hominins and the fact that we share around 96% of our genes with chimps, gorillas, and other apes. This evidence can’t be put up for debate, as it has been tested and proven to be true, so what do religious scholars find so wrong about this theory?

In many religions, like Islam, it is believed that God created Adam and Eve, who were both human, not ape-like creatures, and from Adam and Eve the human race was born. In the human evolution theory, it contradicts this story, by stating that humans are in fact evolved from ape-like creatures. Many Muslims find themselves at a crossroads therefore, in which they believe the evidence that backs up the theory is true, because it is, but try to convince themselves that it isn’t true, because believing in the evidence leads you to believe in the theory, and believing in the theory is prohibited and contradictory to what the Quran says.

This causes an issue between religious scholars who bring the Quran as evidence and the scientists who bring scientific data as evidence, making many Muslims believe that they have to choose between the two. But are these two types of evidence really contradictory to each other?

This theory of human evolution was created based solely on materialistic evidence. Evidence that can be seen in a test tube or a lab. Moreover, when this theory was constructed, scientists failed to consider all factors. One of the biggest factors failed to be considered is the existence of God. Some theorists did consider this factor, and stated that God created the seed for this human evolution to grow and may have assisted in causing the small changes that caused the evolution of our species.

But as Muslims, when we believe in God, we also believe in the Quran. The Quran states that Adam and Eve, both humans, were created by God. So now, we have to also consider this evidence. Overall, when we consider all of the evidence, from the lab and from the Quran, we can reach new conclusions that agree with both.

As a student, when I am presented with this evidence, I reach my own conclusions. In my perspective, an educated conclusion based on this evidence is that God created Adam and Eve with similar genes to chimps, gorillas, and other apes. The evidence that we have shared genes with these animals doesn’t necessarily mean we descended from a common ancestor, but rather I see it as proof that there is one creator that placed similar characteristics of these primates in humans.

In addition, with regards to the fossils of hominins that were discovered, I believe that these animals did in fact exist, but they were just animals, not related to humans, despite their human-like traits. These animals either died out or evolved into modern day apes. Most people may refuse to believe in the conclusion I have reached, believing it to be far-fetched and unfounded, because they don’t believe in God, something I am incapable of convincing them of. However, as a Muslim, this conclusion that I have reached places me in a more comfortable position, because I know that it agrees with both the Quran and the scientific evidence that I believe to be true.