The idea of extraterrestrial life is one of incredible fascination to us. Perhaps aggrandized through a century of literature and film, human beings are obsessed with the idea of searching the stars and discovering intelligent life.

Humans have been searching for alien life rigorously for the past few decades. It just may be, however, that Islam has already confirmed the existence of extraterrestrial life.

What Does Science Say?

Even within the solar system, there exists the possibility of some form of life. Europa, for example, one of Jupiter’s larger moons, is believed to be a geologically active world, due to the gravitational fields of Jupiter heating its interior. Its surface is covered by water ice, and scientists believe that beneath the surface, due to the heated interior of the moon, is a global ocean which may be over 100 km deep. It’s plausible that the ocean floor contains hydrothermal vents and volcanos, features on Earth that enable the existence of life in the deepest depths of its oceans.

Enceladus, one of Saturn’s moons, is also ice covered with a subsurface ocean of salty liquid water. Scientists discovered enormous geysers near the moon’s south pole which spray out water into space. The water contains tiny grains of rocky silicate particles that provide strong evidence for the existence of hydrothermal vents, and possible conditions for life.

Another moon of Saturn which is of interest to scientists looking for life is Titan. Its weather system is methane-based, instead of water-based, and the moon contains rivers and lakes made of methane and ethane, as well as possible cryovolcanoes that erupt liquid water rather than lava. It’s entirely possible that lifeforms exist on Titan, made up of different chemistry to lifeforms on Earth.

Some scientists are still hopeful of the discovery of life on Mars. It had water billions of years ago, and potentially life, but what interests scientists today is the methane that exists in the Martian atmosphere, as methane can be produced by biological processes. While its atmosphere is very thin, it’s not impossible that life may still exist if the planet has managed to retain some reserves of water beneath its surface.

Outside of the solar system, the possibilities are endless. Scientists generally look for planets in what is known as the Goldilocks Zone, which refers to the habitable zone around a star where the temperature is just right for liquid water to exist on a planet. And, based on our understanding of life, where there is water, there should be life.

There are however other factors to consider. Scientists look for rocky planets, rather than gas giants like Jupiter or Saturn. And even if they find them, it doesn’t automatically make them inhabitable. For example, Mars and Venus exist in our sun’s Goldilocks Zone, but Mars barely has an atmosphere, and Venus is being decimated by its own greenhouse effect. Scientists would also look for traces of gases on potential worlds that can only be produced by life.

In short, there may be life outside Earth. There may not be. What that life may look like – and whether it is intelligent life – no-one can say for sure. Whether we will ever even discover life outside of Earth, no-one can know for sure. And, regardless, given how vast the Universe is, finding life is unbelievably difficult.

Aliens in the Qur’an

The Holy Qur’an, perhaps, alludes to the existence of alien life multiple times.

In a surah we read every single day – Surah Al-Fatiha, Allah (SWT) says:

All praise is for Allah—Lord of all worlds.”

Allah emphasises that He is the Lord of all worlds, perhaps referring to worlds as in planets, universes, or dimensions. ‘Aalam’ – the word used for worlds here – can refer to an entire world or an entire people. Classical scholars obviously understood ‘aalam’ to mean people, animals, jinn, angels etc, but Allah is, from the very beginning, saying here that we are not alone.

The biggest pointer to life on other planets is a verse in Surah Ash-Shuraa, where Allah says:

And among His Signs is the creation of the heavens and the earth, and of whatever living creatures He has spread forth in both. And He has the power to gather them together whenever he pleases.”
(Holy Quran, 42:30)

Examination of this verse leads many to believe that Allah is being clear here about the existence of extraterrestrial life. Firstly because the plural is used for heavens – ‘Samawaat’, meaning He is not just referring to the sky above us. Secondly, because the word used for creatures here is ‘daabah’. ‘Daabah’ refers to land-dwelling animals that move along the surface of the Earth. Therefore He is not referring to spiritual beings, but literal beings that occupy the Heavens (i.e., outside of Earth).

He isn’t the only one. In a commentary on this verse, Allamah Tabatabai says:

Islamic theologian Fahir al-Din al-Razi says in his commentary of this verse:

It is not impossible that in the heavens there are species of animals that move just like humans walk on the earth.”

Agha Mahdi Puya, the Ayatollah who authored his famous Qur’an tafsir, was quite specific about the existence of alien life. He writes:

Life is not confined to the earth. It is indicated in this verse that life in some form or other is existing in the millions of heavenly bodies scattered through space. The Almighty who created such countless beings has surely the power to bring them together when the trumpet is blown.”

What’s also interesting is the latter portion of the verse, where Allah says ‘He has the power to gather them together whenever he pleases’, emphasising that He can gather these various types of life together. Meaning that if the verse does refer to extraterrestrial life, He could be alluding to contact between beings on Earth and beings living beyond it. Let’s not forget that we look back at many verses today that highlighted hidden mysteries which science later “discovered”, such as living things being made of water, the expansion of the Universe, etc. We may one day look back at this verse and point out that the Qur’an foretold first contact with extraterrestrial life.

However, it’s important to remember that how we interpret this verse is based on how we choose to interpret the word used for Heavens – ‘Samaawat’. Objectively, the word has been used in the Qur’an for multiple meanings, including referring to above, planets in the sky, and the atmosphere on the Earth. So when Allah uses the word ‘Daabah’ in the context of ‘samaawat’ meaning the atmosphere of the Earth, ‘Daabah’ may actually be referring to microscopic life forms or large creatures (like birds) that surround or travel in the atmosphere.

In another verse, Allah (SWT) says:

Allah is He Who created seven heavens, and of the earth the like thereof. The divine command comes down in their midst, that you may know that Allah has power over all things, and that Allah encompasses all things in His knowledge…”
(Holy Quran: 65:13)

In another verse, Allah says:

The seven heavens and the earth and those that are in them extol His glory…”
(Holy Quran, 17:45)

Here, Allah uses the pronoun ‘men’ when saying ‘those’, indicating that He is referring to intelligent life that occupies the heavens, or distant star systems, perhaps.

The last verse, which Dr. Yasir Qadhi mentions is perhaps the biggest proof for extraterrestrial life (though he leans toward its existence, as opposed to fully supporting the idea) is where Allah says:

Indeed, We have dignified the children of Adam, carried them on land and sea, granted them good and lawful provisions, and privileged them far above many of Our creatures.”
(Holy Qur’an 17:1)

Aliens in the Ahadith

It’s when we begin to look into the ahadith, of the Shia Muslim tradition specifically, that things start to become more interesting.

Imam Jafar Al-Sadiq, famous scholar and 6th Imam of Shia Islam, is quite specific when it comes to this topic. He says:

Another hadith I came across, also attributed to Imam Al-Sadiq, says:

In another tradition, found in Safinatul Bahar, Imam Ali says:

These stars which are in the sky are like cities similar to the cities on earth, every city with another city (every star with another star) is connected by pillars of light.”
(Safinatul Bahar: Volume 2, Page 574)

While Imam Ali has often used metaphors that the Arabs of his time would understand to describe the Universe (see Nahjul Balagha), it could be said that he is literally referring to alien civilizations here.

Allah has Created this Domain of green aquamarine. It is from its greenery that the sky appears as such’. I said, ‘And what is the Domain?’ He said: ‘The veil. By Allah(azwj), behind that (veil) are seventy thousand worlds, more numerous that the number of the human beings, and the Jinn…”

However, while the Shia Muslim literature above seems to essentially confirm the existence of extraterrestrial beings, the authenticity of these narrations up for debate. And even if they are authentic, how one chooses to interpret these hadith is also based on what one is looking for. It could be that the Imams are referring to different dimensions or universes that we just do not (and cannot) understand. Other hadith references that there were peoples who existed before humankind as we know it, meaning the above hadith may fall into a similar category of discussion.

Ultimately, Islamic literature is far from explicit on the existence of alien life. It can be said that, perhaps, some Islamic literature can be interpreted to point toward the existence of life beyond Earth. Whether that be what we consider to be intelligent life, different types of creatures not unlike that which we find in the deepest depths of our oceans, or alien beings whose genetic and societal makeup is beyond our ability to understand, is up to pure speculation.

Much like the conclusion of science, the truth is, we just don’t know, and, at least right now, only Allah does. But after searching the stars enough, perhaps one day we will. 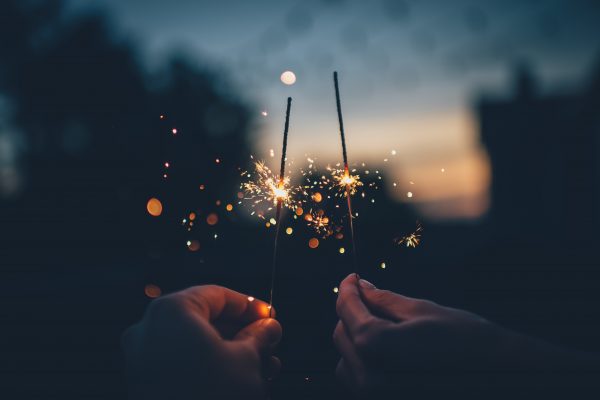