8 things every Muslim needs to look out for in 2016

The triumph of Trump? 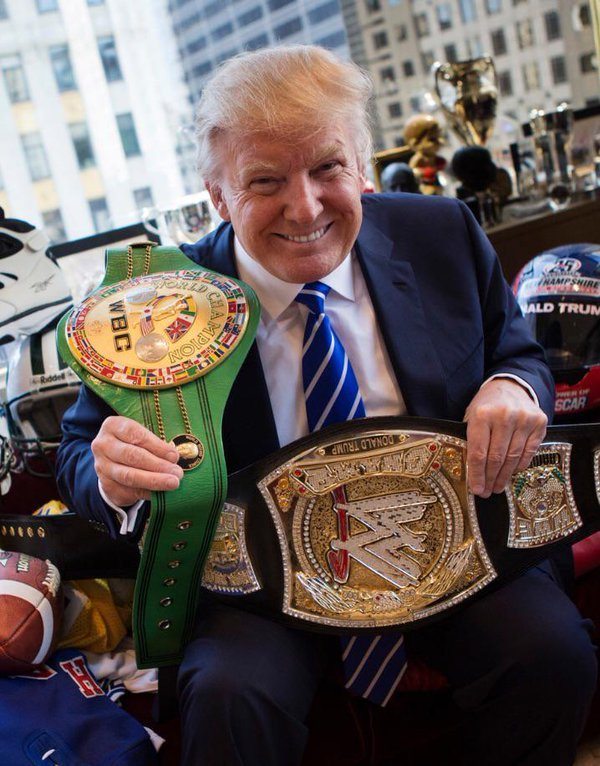 In 2015 we were treated to various versions of familiar xenophobic, colonial and racist hate-speech by the one and only Donald Trump. Whether he was discussing building a wall to keep Mexicans out of the US or taking a page out of Hitler’s book and suggesting all Muslims carry a card for religious profiling, the Republican presidential candidate has been short of neither publicity nor, more worryingly, support as the November election looms. His Agrabah-hating Republican supporters seem to be, like bunnies on Viagra, breeding in number by the day, with his ludicrous fascist stance slowly being accepted as legitimate.

Should Trump win the race for the White House, I’ll be investing a lot of money into researching how much water they’ve found on Mars and how soon we can all migrate over!

Oh and incase anyone was looking for a GIF of Donald Trump on WWE shaving Vince McMahon’s hair, let me save you the trouble: 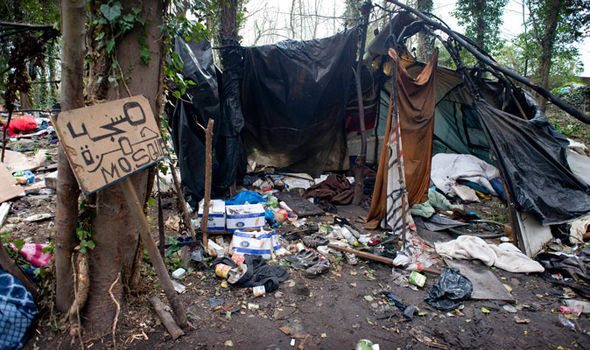 Oh, yeah, remember that thing? The media are no longer interested in this story, and in retrospect a lot of media outlets reported the mass migration of refugees out of Syria, Afghanistan and other countries towards Europe like they would the migration of wildebeests in the Serengeti.

The reality is that for those fortunate enough to have survived the arduous and dangerous journey to Europe, the migration was just the beginning of their struggle. They are now faced with a new land, language, and culture – essentially a whole new world! I believe there is still the need for primary aid in Lesvos and in ‘the Jungle’ in Calais, and would urge people with the relevant language and other skills (medical etc.) to offer their time and support through charities such as the Zahra Trust, who are doing a fantastic job on the ground.

Getting used to ‘the cycle’ 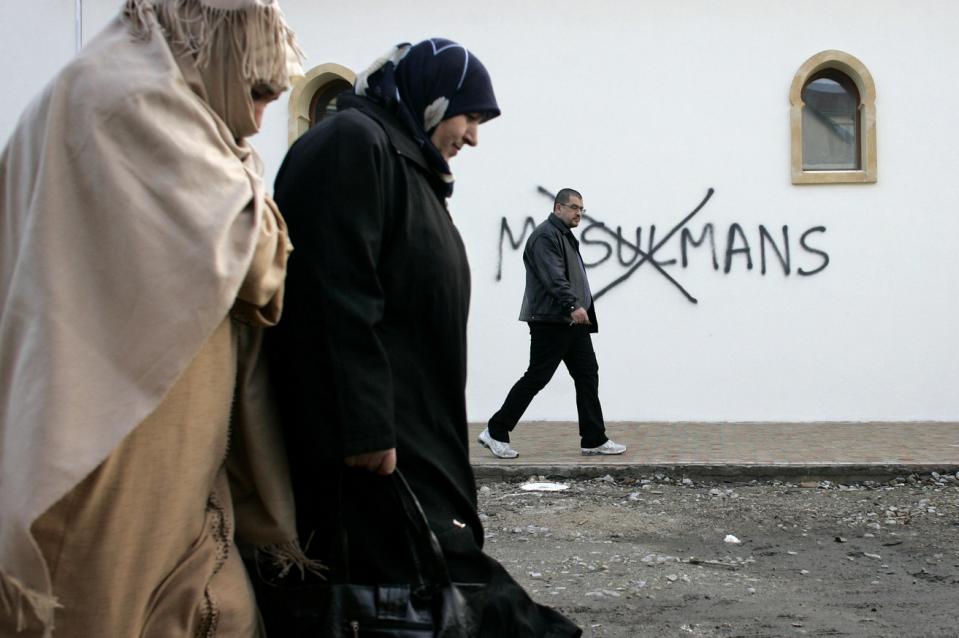 I generally get a little scared and think it’s time to pack my bags and head back to Islamistan or Muslimabad. Whichever has cheaper petrol prices. Then the left-wing comes out in defence of Muslims. They’re like, “Hey you racist bigots. Don’t say that about Muslims. My neighbour is a Muslim and he bought me chocolates for Christmas #GenericSupportiveHashtag.” The hashtag then starts trending and I stop Googling jobs in Islamistan. My faith in humanity is restored. Things go quiet again – well, at least until another ethnic nut-job decides to do something else stupid.

Note to reader: No such cycle takes place when the attacker is white. Said attacker is labelled as ‘a gunman’ and ‘a loner’. There are seemingly flocks of lone wolves out in the wilderness. They have no agenda, but have a huge, screen-scrolling, thesaurus-busting list of psychological and mental issues. Even in cases when they publish manifestos or blogs online about their ideologies, it’s just an ‘isolated incident’ – so really it’s nothing to be concerned about.

(FYI: Turns out Muslimabad is a real place.)

Our IQ is in decline

For those of you that missed the news, in 2015 the Oxford Dictionaries Word of the Year was what is known as the ‘Face with Tears of Joy’ emoji. Yes, the word of 2015 that apparently “best described the ethos, mood and preoccupations of 2015” was an emoji.

Ironically I’m almost lost for words at my thoughts on this… but for the sake of humanity, I must persist.*

Regrettably 2015 was also the year that gave us the Kimoji – a range of emojis brought to us by the one and only Kim Kardashian. It was reported that on the day of release there were up to 9,000 downloads of this app per second. I’ll leave you with this though: At $1.99 per download, they made approximately $18,000 per second, or $1 million per minute… for a bunch of Kim Kardashian emojis. I give up.

(* Does this officially make me a keyboard warrior?) 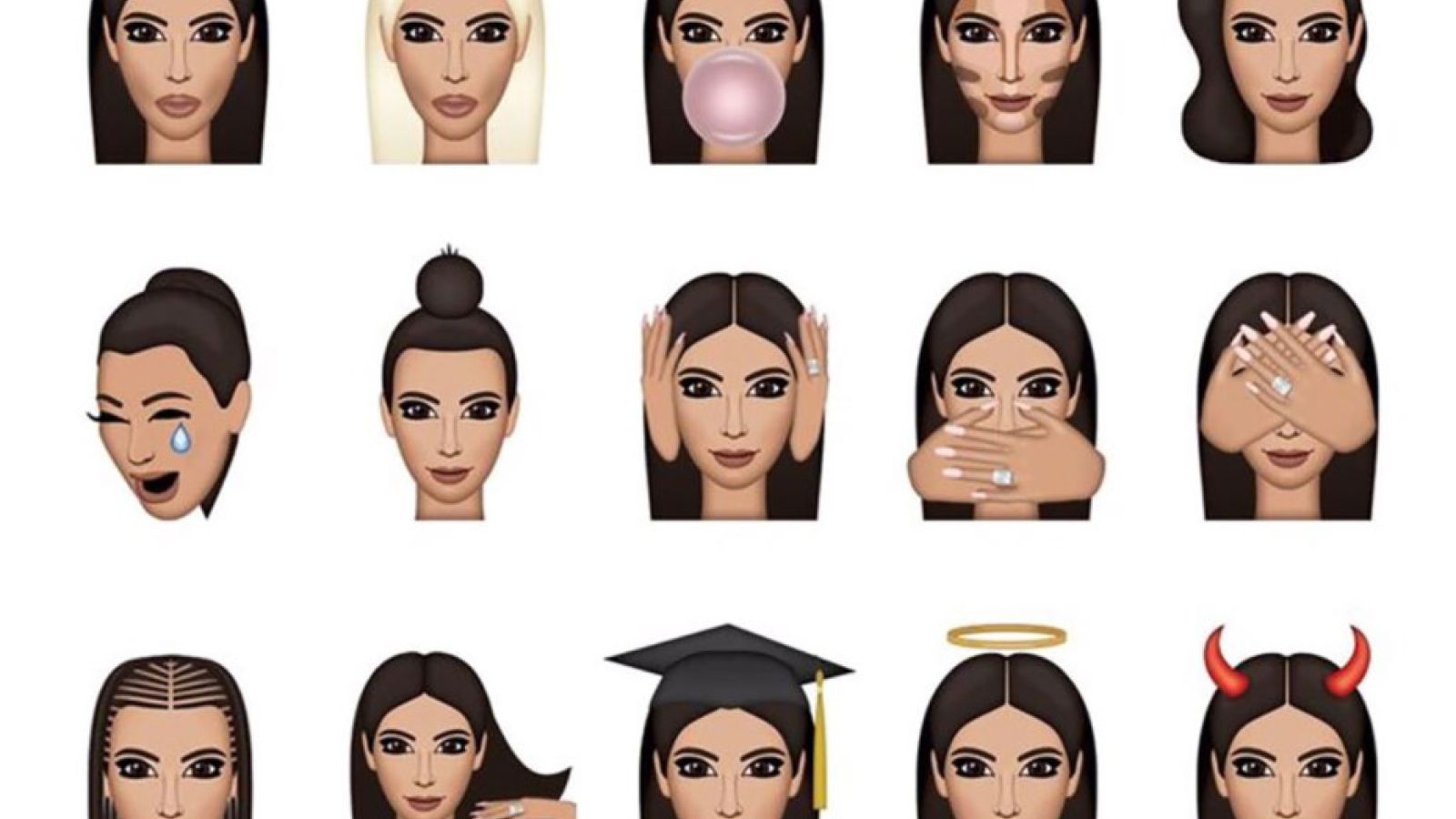 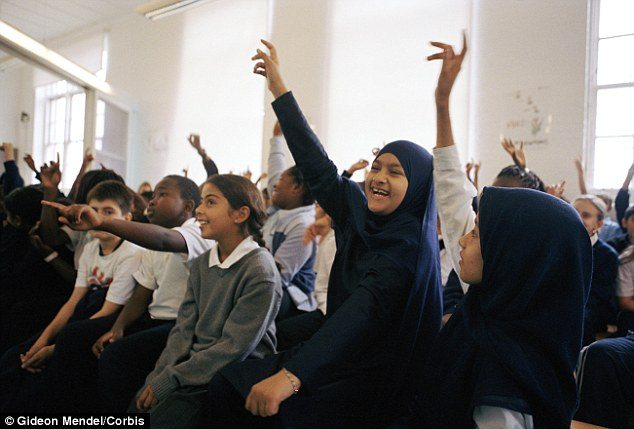 So in the UK, we have a counter-terrorism initiative called Prevent (which the government has spent millions on). Essentially it looks to eliminate the threat of a homegrown terrorist attack. Fair enough. How it has been practically implemented to-date, however, has been worrying to say the least.

In late 2015, a 14-year-old Muslim schoolboy was questioned about the Islamic State after a classroom discussion about environmental activism. The teenager mentioned that some people use the term ‘ecoterrorism’ to describe those who take various environment-related actions, such as spiking trees with nails to prevent chainsaws from chopping them down. He was pulled out of class a few days later and essentially interrogated about his involvement with ISIS.

I genuinely don’t feel I’d have survived my school years in today’s climate. The fact that Muslims are constantly under such scrutiny and that incidents like this can take place, I can only imagine the psychological impact it can have on our kids and how they may fear expressing their thoughts in classrooms. It’s terrifying.

Beards too dangerous to be trendy 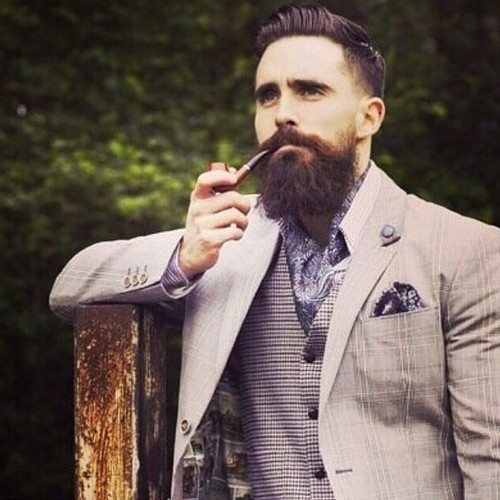 You know those cool hipsters you saw in 2015 smoking their vapes and wearing sunglasses at night? Well say goodbye! The last few months have seen a huge spike in Islamophobic attacks and far too many bearded men have been mistaken for Muslims and have received beatings as a result.

They say fashion comes at a price, and as that price slowly inches away from burning a hole in your pocket towards getting attacked kicked in the face, hipster beards are now rapidly disappearing, almost as quickly as they came into existence. 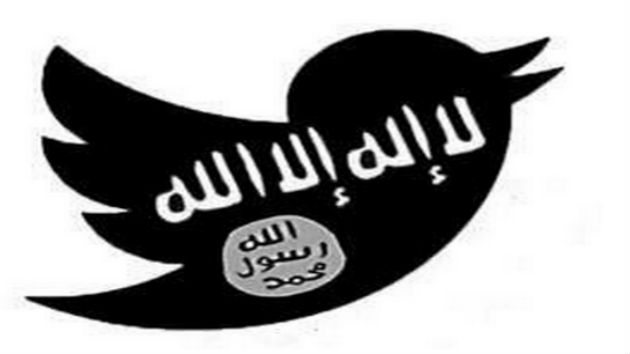 In my ‘Things to look out for in 2015’ piece, I dedicated a section to ISIS and, sadly, they did not disappoint.

In 2015 we saw horrific attacks take place around the world, and in one particularly bloody 24 hours timeframe in November, we witnessed bloodshed in Beirut, Baghdad and Paris. Whilst the world’s powers are stepping up their offensive against the terror group, I fear that they are only gaining strength and 2016 is going to be another horrific year at the hands of these cowards.

There are a wide range of factors that are leading people to join ISIS but, so far, I don’t think any government, organisation or group have come up with a strategy to deal with this effectively. ISIS are recruiting vulnerable individuals online and manipulating them to align them with their twisted and disgusting agenda 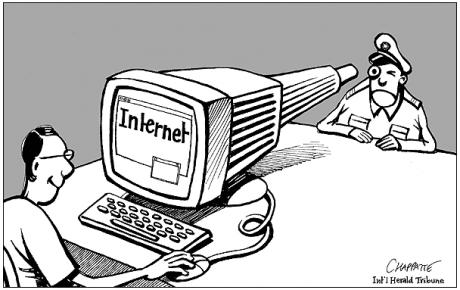 As technology develops and evolves like we thought would be possible in our lives, more and more of our information goes digital and is often pretty easily accessible. There have been countless examples of Facebook apps that secretly gather more information that they need from our profiles…and who knows what they are doing with this information!

As well as private companies harvesting our information, we’ve got governments out there who are pushing to completely eradicate our civil liberties and privacy. Just recently the wonderful Theresa May, UK’s Home Secretary, announced that police and intelligence officers would be able to see our search history for up to one year without a warrant. Their argument is along the lines of, ‘Well if you’ve got nothing to hide then what’s the problem?’. You know that feeling when someone takes your phone when you show them a picture or a text message and they decide to keep browsing through? You probably don’t have anything to hide, but that invasion of your privacy is just not a nice feeling is it?

Also to very gently place my conspiracy theorist hat on, generally speaking it’s probably safe to say that everyone’s browsing history is pretty colourful. If the government wanted to pin something on you or ruin your reputation, for whatever reason, they could probably build a decent argument with selective extracts from your history. I mean, you know how they usually need evidence to put you away, it’s not like they’d just detain someone for years on end without charging them… Those of you who don’t understand sarcasm, look away now.

And there you have it. My take on 2016 as I morphed into a browner and prospective version of Charlie Brooker. #MuslimNewswipe.

Wishing all our readers a Happy New Year from The Muslim Vibe!

Democracy: The Illusion of Choice & Manipulation of Public Opinion