Of the Prophet’s family ﷺ, there exist two names shadowed in an eternal passion, kept alive by billions of lovers for over a millennium. The beloved sons of Fatima az-Zahra, daughter of the Prophet Muhammad ﷺ, and her husband Ali ibn Abi Talib: Hasan and Hussain. The Prophet Muhammad ﷺ confided with humanity that indeed his favorite two children in all of creation would be the leaders of the youth of Paradise. The two sons of the House of the Prophet ﷺ would grow up to be great leaders, as prophesized by the Holy Messenger ﷺ, and find themselves murdered by their grandfather’s followers for their sacred ancestry ﷺ. 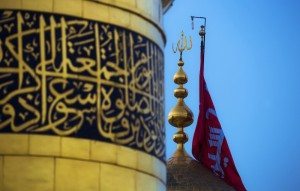 Why is it that, growing up, the names “Hasan and Hussain” brought the images of children to my mind? Why is it that I, and many other youth in America, are not taught much about Hasan and Hussain when they grow up? All that most know about them is that the Prophet ﷺ loved and kissed them and that they would bring him his blessed slippers. That’s it. They’re our role models to be the perfect children. We, as Sunnis, have forgotten that they’re really models through our death and afterlife.

They couldn’t spare a drop of water for the progeny of the Prophet ﷺ they claimed to love. Their hearts had already traded God for the pleasures of this world.

We feel from our parents and elders that Muharram is sacred for reasons other than literal translation, but don’t know why. We get lost in confusing debates about not marrying during Muharram. Elders argue over engagements being jaa’iz before and/or after 10th Muharram. We get even more confused when an aunty says marriages shouldn’t be held until Rabi’ al-Awwal. Why does it matter? we ask. We aren’t Shia, we iterate. Few parents are willing to explain. Maybe the pain of which there is to speak is too deep. Maybe they’ve become confused, in the melting pot that is Muslim America, on the validity of their beliefs. However, I’m not writing this to criticize the pseudo-salafi influence in America throwing off 1400 years of orthodox Sunni scholarship. I’m writing this because I was (and still am, obviously) a confused Sunni youth in America wondering why the hadith and scholarly quotes about the Ahl al-Bayt are an open secret, why the poems of Imam Shafi’ are hidden, why our elders and teachers are content in letting an entire generation grow up without knowing that Islam could have died barely 60 years in. How can an imam talk about the erroneous “fitnah of women” when we don’t even know about the fitnah that almost killed the religion of our beloved Prophet ﷺ?

We, as a generation and a new culture are confused because we don’t know about Karbala.

I educated myself. I read about the Ahl al-Bayt. I read about Orthodox Sunnism. I picked up where the Sunday school textbooks left off. I read about what our Shia brothers believe about the Battle of Karbala. I read about what the Orthodox Sunni scholars say about it. I read the accounts. I feel the shared pain between the lines—an ancient remorse, the feeling of shame. When you realize the scholars who speak about Hussain are the scholars that are here to be the heirs of the Prophets ﷺ, you see how much we share across these sects. You see how sects become madhabs. We aren’t united by the shahadah. We aren’t united by love of a single God. We aren’t united by love for the Prophet ﷺ. We are united by all that and the love of the Ahl al-Bayt. In Muharram, we share the deep grief for the events at Karbala. When you see what both traditions of scholars, Shia and Orthodox Sunni, say about the emotions of Muharram, you see why we are brothers. 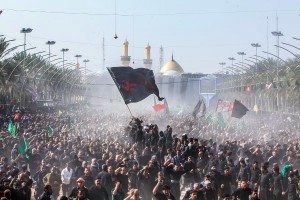 Imam Hussain came to the battlefield not as a Shia to fight Sunnis, or a Sunni to fight Shias. He was there as the inheritor and rightful successor of his grandfather ﷺ to continue the Prophetic crusade against injustice and darkness. It wasn’t “Sunni succession vs. Shia succession.” The knowledgeable of the Ummah had already designated Imam Hasan and Imam Hussain as caliphs. No. That day in Karbala, the battlefield was Haq vs. Kufr.

Bloodshed was to ensue. Brother slaughtered brother. Imam Hussain came with a message of diplomacy, of amnesty, of civility. He was faced with an army who claimed to be from the Ummah of the Prophet Muhammad ﷺ. They were a people who claimed to pray and fast. An army who venerated the grandfather of the man they were ordered to murder ﷺ, an army who claimed to love God and His messenger ﷺ as the ultimate reality.

An army who claimed to be on the path of Islam, an army who claimed to love the Prophet Muhammad ﷺ, was about to slaughter his holy family before leaving their dead bodies to rot for three days. They took the words of the kalima, chewed them up, spat them out, and trampled them with their horses. When Sayydina Abu Bakr “would rather do good to the family of the Prophet ﷺ rather than to [his] own family,²” the army at Karbala didn’t even spare thirsty infant Ali al-Asghar crying in the arms of Imam Hussain. They couldn’t spare a drop of water for the progeny of the Prophet ﷺ they claimed to love. Their hearts had already traded God for the pleasures of this world. Words cannot describe the revolting lapse of conscience, of taqwa, of basic humanity, that the murderers of the Prophet’s household had on that day ﷺ.

The story ends with Sayyid Shabab al-Jannah, the Leader of the Youth in Paradise, the Prince of the Prophet’s household ﷺ, becoming the final casualty. Having watched all 72 of his followers and most of his family slaughtered, beheaded, and disfigured, he charged into the army of thousands, fighting valiantly despite his severe wounds. After the final blow to the Prince of the Martyrs, his head was cut off, and placed on a silver platter to be presented to the general of the army, who “started playing with a stick at the nose and mouth of Al-Hussain’s head and saying something about his handsome features.³” The army, who claimed to be Muslims, would then place the heads of their victims and Imam Hussain on the tips of spears and march 600 miles to Yazid—championing their victory.

I mourn in Muharram. I mourn in my own way, and always look to do better in honoring our Imam, but for at least the first ten days of every year, I remind myself of Imam Hussain.

If only this was the whole story, yet this much is enough to make anyone’s skin crawl. Such injustice was done. If Hussain had remained quiet and relented to Yazid, he and his family members would have lived. However, Yazid’s men would still have been evil. They would gutted Islam of anything good or Prophetic, and left it a shell of empty words, of sin, of corruption, of evil. If it weren’t for Imam Hussain’s sacrifice, Islam would have died. The legacy of Hussain’s selfless sacrifice lived on in the community of the Muslims under unjust rulers. The light of his fight for truth lived on in the minds of the believers, ready to reclaim the religion of the Holy Prophet ﷺ whenever opportunity presented. Imam Hussain inspired the spirit of reality in the darkness. Yazid had Imam Hussain killed, Yazid won, but Yazid still died three years later, and today he’s nothing but dust in the desert, while Hussain lives on in the hearts of billions. While Yazid won the battle, Hussain continues to win the war hundreds of years later. His death in righteousness lit the fire of truth until the truth of the battle could prevail, and continues to inspire truth in the face of injustice today.

How could I ignore the sacrifices of the Prophet’s family? How could I not grieve and mourn when recounted the atrocities at Karbala? How could I ignore the suffering of Imam Hussain, when he watched all those he loved in the world beaten, abused, slaughtered, beheaded, and molested in front of his eyes? When Imam Hussain gave up his whole world, was stabbed 33 times by spears, struck 34 times by swords, hit over 100 times by arrows, only to weep and say “I only wish for Allah to shower them with forgiveness,⁴” how can I say that remembering his suffering is a sin? 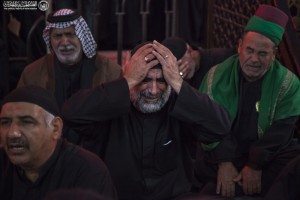 I am a Sunni, and I mourn in Muharram. I mourn in my own way, and always look to do better in honoring our Imam, but for at least the first ten days of every year, I remind myself of Imam Hussain. Mourning is not exclusive to our Shia brothers, and we shouldn’t let that cross our minds. Imam Hussain died so that all of us could be Muslim. His death enabled us all to seek the pleasure of God and the Righteous, and not this world. The family and lovers of the Prophet Muhammad ﷺ faced such inhumanity from people who also claimed to love the Prophet; people who supposedly read salawat on them during every salaat. It should not be forgotten. It should always be remembered, and if you don’t even shed a tear, if you don’t start grieving just at the thought of the injustice, then you aren’t remembering like you should. When you don’t remember, when you don’t feel emotion, for the events of Karbala, when you’ve let the sacrifice be forgotten, you’ve accepted Yazid’s victory.

Khawaja Ghareeb Nawaz Moinuddin Chisti (mercy be upon him)

Peace and blessings be upon the Prophet Muhammad, his family, his companions, and his wives.

To find out more about Imam Hussain, visit www.whoishussain.org

Obaid Zia
20 year old Texan who goes to Pharmacy school and is in quest to define "home" and to stop saying "y'all" so much. Wants to be a successful poet and pharmacist but will probably end up writing gratuitous stanzas on the back of patients' prescription bags for the rest of his life. Anyways, I met Rupi Kaur once and she blessed me.