Al-Nakba: The Day of Catastrophe when Israel forced over 700,000 Palestinians out of their homes (gallery) 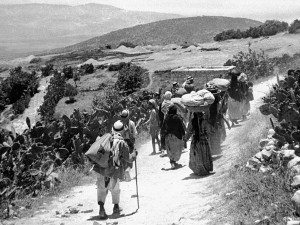 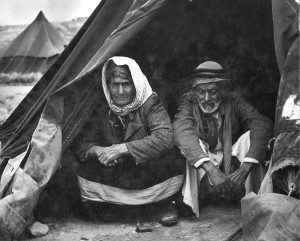 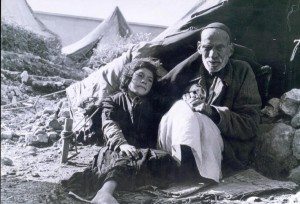 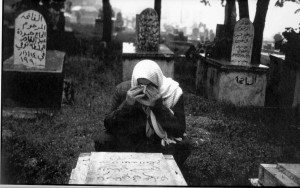 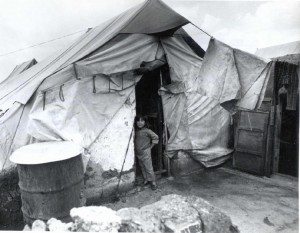 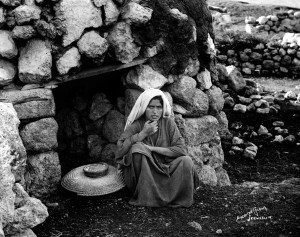 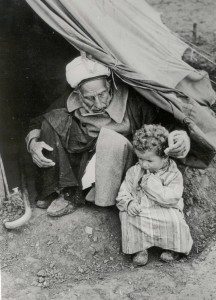 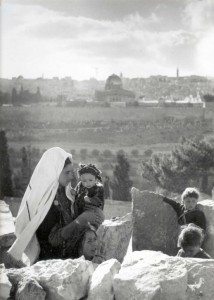 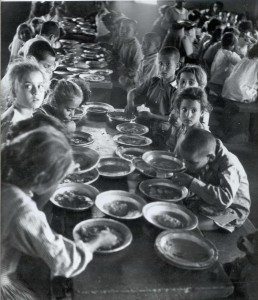 On March 15th 1948, the day after the Zionist state of Israel declared independence, began the ethnic cleansing and forced exodus of over 700,000 Palestinians from their homeland. The day is marked as Al-Nakba, which translates to ‘The Day of the Catastrophe’. It is estimated that the expulsion by Zionist settlers has led to 7 million refugees worldwide, living in neighbouring countries.

Three Zionist terror groups (as designated by the United Nations) systematically planned and executed the expulsion of the Palestinians, who owned over 93% of Palestine in 1947.  This ethnic cleansing operation had been prepared over the preceding year, ready for implementation when perceived necessary to drive out the indigenous Arab population and seize their land and properties once the British administrative authority was gone.

These terrorist “militias” had ethnically cleansed a third of the Palestinian population before the British departed in May 1948 and by the end of 1948 had driven over 3/4 million Palestinians into 59 refugee camps hastily constructed to accommodate them by UNRWA (United Nations Relief and Works Agency), newly created to respond to what Palestinians called their “catastrophe” – al Nakba.

Scattered Arab forces intervened after the British withdrawal, but were no match for the better-organized, better-armed and much better-funded Zionist militias now merged into the Israeli Defense Force (IDF). Since most Arab countries had recently emerged from post-WWI mandates under British or French administration, the only credible Arab army was the Arab Legion of Transjordan which the Zionists co-opted in an agreement with King Abdullah of Transjordan.  Under this agreement Abdullah would keep Judea and Samaria (now the West Bank) and the Zionists were allowed to “cleanse” (their term) the rest of Palestine unopposed.

By the end of the ethnic cleansing campaign, the Zionists had destroyed and/or depopulated 531 Arab villages and eleven urban areas, and had committed 33 documented massacres that killed some 13,000 largely defenseless Arabs, the most notorious of which was Dar Yassein (above). In an article three decades later for The American Zionist, Mordechai Nisan of the Truman Research Centre of the Hebrew University in Jerusalem wrote, “Without terror it is unlikely that Jewish independence would have been achieved when it was.”

This was an intentional terrorist strategy. Reports of these massacres terrified other Arab villages into fleeing their homes and communities in the path of approaching Jewish forces. By 1950 nearly a million Palestinian refugees had been registered by the UN in refugee camps with land claims against Israel. With their descendents who are legal heirs to the stolen property, that number now exceeds 4½ million, the largest and longest-standing refugee population in the world. Palestinian leaders, when unable to protect the villages, had reportedly advised the residents to flee but evidence of this is lacking. Nevertheless, this has been used shamelessly by Zionist propagandists to claim that the Palestinians left voluntarily or unnecessarily upon direction by their leaders.

Israeli historian Ilan Pappe has declared that “catastrophe” is an inaccurate term with its connotations of natural disaster. Rather, he clearly identifies these acts as crimes that should be so identified.

Following these atrocities, some Jewish communities – which had found refuge in Arab communities from Christian persecution in Europe and lived in peace with Arabs for centuries throughout the Middle East and North Africa – fled their homes in fear of retribution for Jewish aggression in Palestine.  This has been used by Zionist propagandists to imply that some sort of balanced population exchange occurred to invalidate the Palestinian right of return. But most of these Jewish immigrants to Israel were in fact recruited by Zionism and motivated by incentives and subsidies offered by the new state, including involuntarily vacated Palestinian homes, rather than escape from Arab persecution. Notably large Jewish populations immigrated to Israel from Morocco and Yemen in response to Israeli invitations and incentives.  Jewish exodus from North Africa was also motivated by contemporaneous upheavals in the region against post-war French efforts to re-establish its colonies.

Israel cast itself as a refuge, calling for “ingathering of the exiles.”  However, since the Mizrahi (Arab) and Sephardic (Iberian) Jews had not suffered Russian pogroms or the Holocaust, many had no interest in uprooting their long established communities for transplantation to Israel. Some Arab expulsion of their Jewish neighbors occurred in some communities due to fear of Zionism, especially in Egypt following their 1956 invasion by Israel, but this “ingathering” was largely solicited by Israel and actively encouraged by false flag Mossad attacks on synagogues and Jewish businesses to frighten Jews in Egypt and Iraq into relocating.

Any legitimate Jewish refugees – like Palestinians – had the right to file claims with the UN High Commissioner for Refugees.  How many have done so?  Whatever the number, if any, their claims are irrelevant to Palestinian claims. Most importantly, have Jewish refugees – like Palestinians – been denied the right to return?  Quite the contrary.  In fact, both Egypt and Iraq published prominent invitations in major newspapers for Jewish emigrants to return.