On the brink of war: The Saudi Arabia purge is just the beginning…

On the brink of war: The Saudi Arabia purge is just the beginning…

Are we on the brink of the most devastating war in the Middle East in modern history? 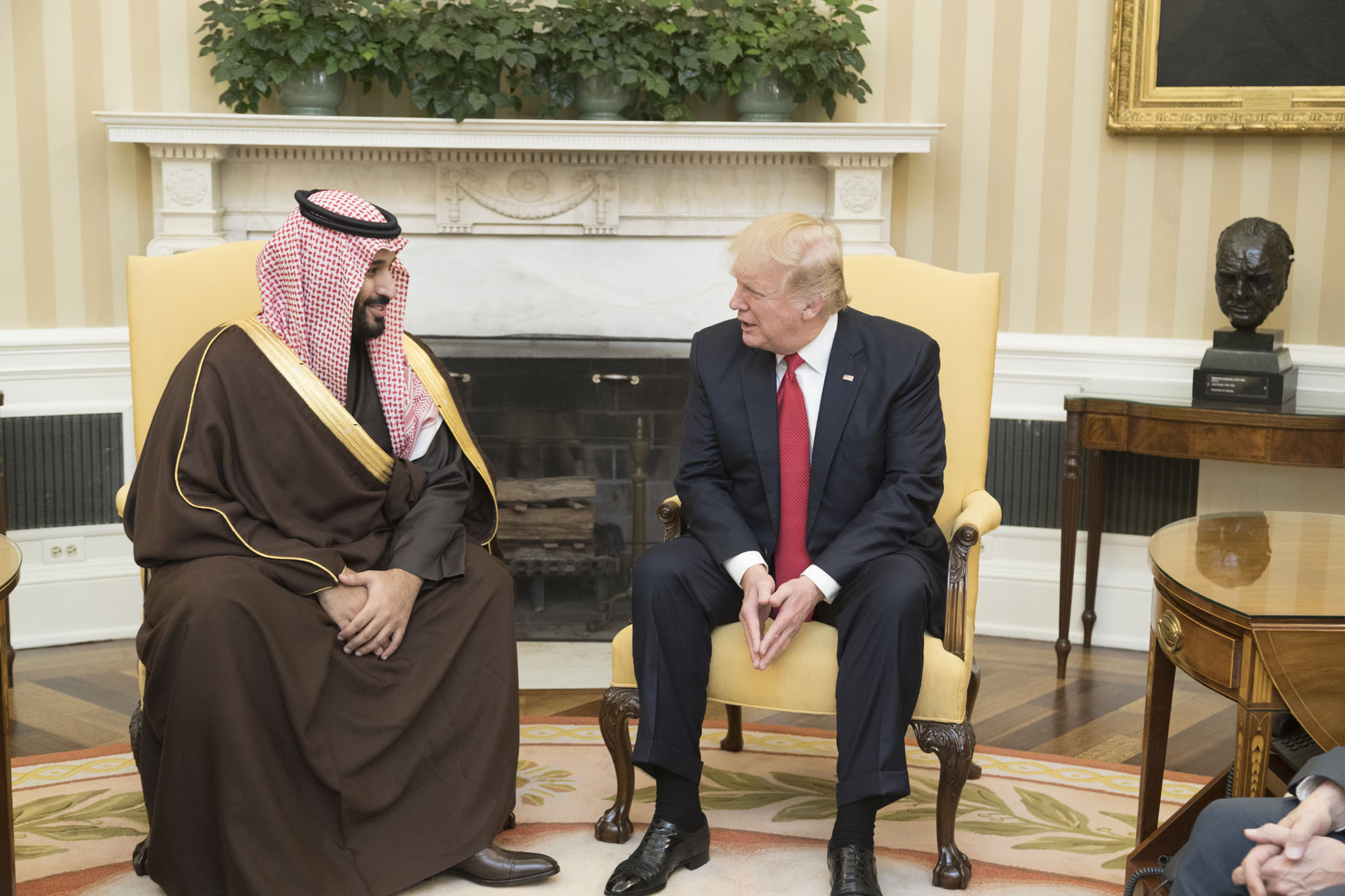 Are we on the brink of the most devastating war in the Middle East in modern history?

This piece by Abdel Bari Atwan was originally posted here

Our region stands on the brink of war. We should not let small details — such as the resignation of Lebanese Prime Minister Saad al-Hariri’s resignation or the detention of princes and former ministers in Saudi Arabia — divert us from the big picture and the real developments taking place behind the scenes. The really dangerous phase is the one that will follow Crown Prince Muhammad Bin-Salman’s purge on the domestic Saudi front. It may be the precursor to scenarios for a regional war that could, without exaggeration, end up being the most devastating in its modern history.

All that is currently happening is part of a carefully planned and crafted scheme, and the prelude to a sectarian war waged in ‘Arab nationalist’ guise against the growing power of ‘Shia’ Iran and its surrogates in Yemen, Lebanon and Iraq with American, regional and Israeli backing.

The old Saudi Arabia is no more. Wahhabism is breathing its last, has been all but buried and is in the process of becoming history. A fourth Saudi state, dressed in the garb of modernity and based on different alliances, is being born.

When its would-be founder and man of the moment, Muhammad Bin-Salman, accuses Iran of mounting a ‘direct military attack that may amount to an act of war’ against his country by allegedly supplying missiles to factions in Yemen, and his stance is endorsed and supported by the US, it is clear that a new American-led alliance is taking shape in the region.

Muhammad Bin-Salman’s domestic purge, including the detention of 11 princes and scores of businessmen and former officials under the banner of fighting corruption, is only a first phase. It seems to haves proceeded smoothly so far, without encountering any serious obstacles.

The man now has now brought the four major pillars of state power – the economy, the security and military forces, the media and the religious establishment (both the official Council of Senior Ulema and the unofficial ‘awakening’ clerics) — totally under his control. He has thrown all his opponents, and anyone who uttered any criticism of his rule, behind bars (or, in the case of the princes and other high-ranking figures, incarcerated them in a luxury hotel for now). The latest round of detentions is unlikely to be the last, for we are dealing here with a bulldozer that levels everything that stands in its path.

In due course, Muhammad Bin-Salman will move on to what we believe will be the second and more serious phase, that of military confrontation.

This could include the following steps:

— First, precipitating a military confrontation with Iran against the backdrop of the crushing siege on Yemen, after imposing a total land, air, and sea blockade of the country on the pretext of preventing Iranian missiles from reaching the Houthis.

– Secondly, forming a new alliance along the lines of the Desert Storm coalition formed in 1990 to expel Iraqi forces from Kuwait. Candidates for membership in addition to Saudi Arabia and the UAE include UAE, Jordan, Egypt, Sudan and Morocco. (The King of Morocco has, coincidentally, been in the UAE capital Abu-Dhabi reportedly seeking to mediate with Saudi Arabia over the recent detentions: but he was sent a clear message from Riyadh not to interfere in what is happening inside Saudi Arabia, according reliable sources).

– Third, the bombardment of Lebanon and destruction of its infrastructure on the pretext of trying to eradicate Hezbollah. Such an assault would prompt the party to retaliate with intensive missile strikes against Israel, and would be more likely than ever before to drag in Iran and Syria.

– Fourth, an invasion of Qatar by Egyptian, Emirati and Saudi forces aimed at overthrowing its regime, precipitating a clash with the 30,000-strong Turkish force deployed there.

– Fifth, an American-Saudi-Israeli counteroffensive in Syria aimed at recapturing the areas lost by the US and its allies’ rebel proxies such as Aleppo, Homs and Deir az-Zour. The US cannot easily stomach its defeat in Syria at the hands of Russia and Iran, even at the risk of causing a collision with Russia. It deliberately foiled the Syrian national dialogue conference in Sochi which Moscow had called for by getting the Syrian opposition to boycott it.

– Sixth, mobilizing the Kurdish militias in northern Iraq and Syria as US proxies in these wars with the aim of weakening and destabilizing Iran, Turkey, and Iraq.

These are just the most obvious of the steps that may be taken by the new US-led alliance – whatever it chooses to call itself.

But none of this means that it is assured of success in achieving its aims and reshaping the region to its specifications.

The counter-scenario may be that of the consolidation of an Iranian-Syrian-Turkish-Iraqi alliance with which Russia would sympathize to begin with, and which it may eventually end up leading. These countries combined possess formidable missile arsenals which would mostly be aimed at Saudi Arabia, the UAE, and Israel. The targeted states’ much-vaunted US-made Patriot anti-missile systems would be ineffective in the face of intensive strikes by thousands of missiles fired simultaneously.

The gauge of success in this anticipated and possibly imminent regional war would be the destruction of Iran, regime-change in Qatar and the eradication of Hezbollah. But its failure would mean devastation for Saudi Arabia, Israel and the UAE and the dismemberment of the Saudi kingdom into fragments.

We are neither soothsayers nor fortune-tellers. Nevertheless, this may prove to be the last war that transforms the region, changing its states, its borders, and perhaps its populations as well. The Arabs and Iranians will certainly survive such a cataclysm. But can Israel in its current form survive it too?