A Labour government would immediately ‘recognise Palestine as a state’, says Corbyn

A Labour government would immediately ‘recognise Palestine as a state’, says Corbyn 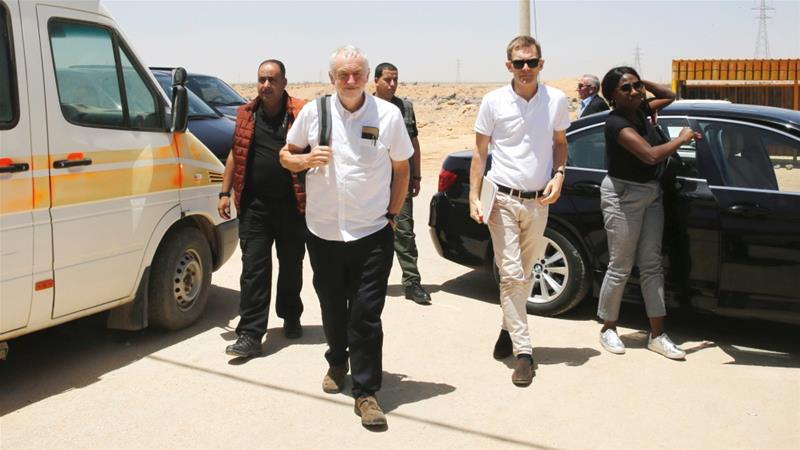 During his visit to Jordan, UK opposition leader and head of the Labour Party, Jeremy Corbyn said the UK would recognise Palestine as a state ‘very early on’ under a Labour government and would ‘work very hard’ to contribute in bringing peace to the Syrian conflict.

In honour of World Refugee day on June 20th, Jeremy Corbyn visited refugee camps al-Zaatari (for Syrians) and al-Baqa’a (for Palestinians), during his trip to Jordan, which is his first international visit outside Europe as Labour party leader. 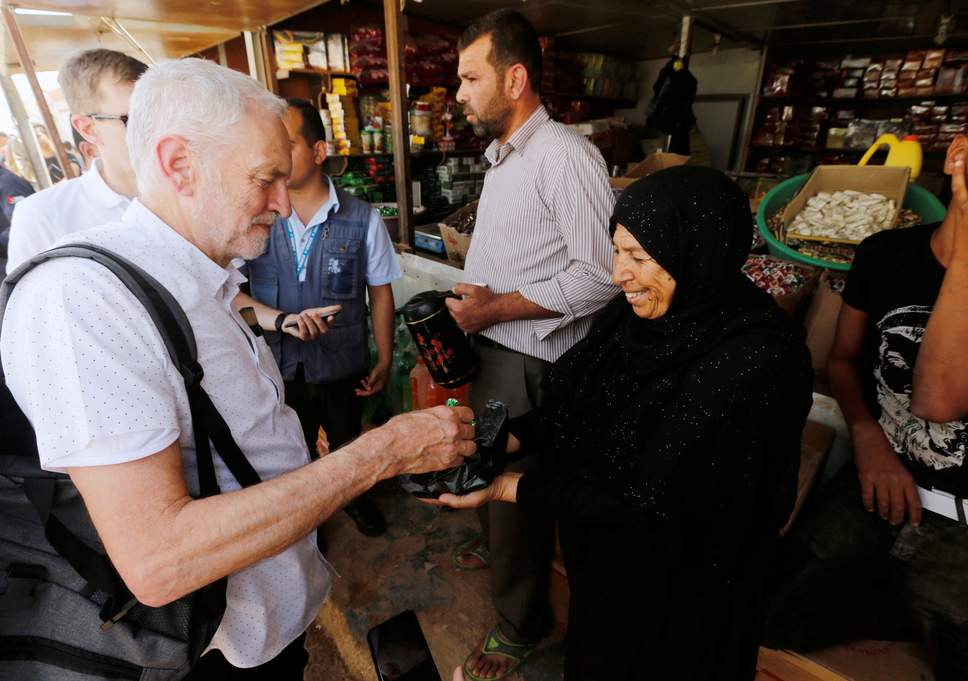 Al Baqa’a camp is the largest refugee camp in Jordan. It was set up in 1968 as an “emergency camp” to provide shelter to the displaced Palestinians fleeing the 1967 Arab-Israeli war. Speaking to reporters at the camp, Corbyn said the ‘Palestinian peoples’ rights must be met’, calling for an:

“end to the occupation, the settlement policy and the siege of Gaza, as well as recognising the right to return.”

He said the next Labour government would very quickly recognise Palestine as its own state, a crucial step to a ‘genuine two-state solution’ in the Israel-Palestine conflict:

He also criticised Donald Trump’s decision to cut funding from the UNRWA [United Nations Relief and Works Agency for Palestine Refugees in the Near East], calling it a ‘huge mistake’, and the decision to recognise Jerusalem as Israel’s capital a ‘catastrophic mistake’. He said the UK government should give more money to support UNRWA, pointing to the insufficient funding to pay for staff and infrastructure.

Visiting al-Zaatari, the largest camp of Syrian refugees, Corbyn said a Labour government would “work very, very hard to regenerate the peace process”. On Twitter, he shared a video encouraging the British government to do all it can to try and bring about an end to the conflict in Syria, which would mean working with countries involved in different sides of the conflict to negotiate a ceasefire. He also described Britain’s quota of taking in 20,000 refugees as ‘very, very small’ compared to other European countries, and said that we should be doing a lot more to help.

However, he also stressed the importance of recognising and celebrating the enormous amount of work the refugees are doing to help themselves. Over time, Al-Zataari has transformed from a camp into a city-like settlement, powered by solar energy constructed by a solar energy plant developed by refugees. It’s famous market street, Champs-Elysees has become a symbol of the resistance and resourcefulness of the Syrian people.