Israel has hundreds of its businesses scattered across the continent including in agriculture, security, medicine, technology, commerce, education, and now even humanitarian services. 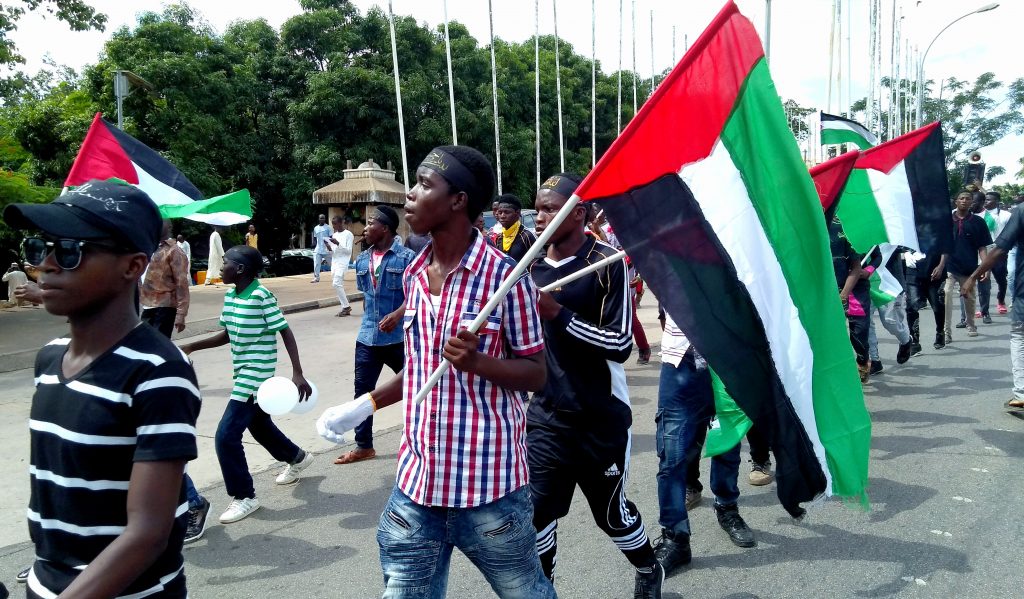 Israel has hundreds of its businesses scattered across the continent including in agriculture, security, medicine, technology, commerce, education, and now even humanitarian services.

Since May 1948, at one time or another, Palestine has always been under occupation. On this date, the country was handed over to the Zionist movement to establish the illegal state of Israel.

This decision came after World War II, but it is noteworthy to point out that earlier in the aftermath of World War I, the British Foreign Secretary Arthur James Balfour in a letter to Lionell Walter Rothschild requested that there should be ‘a National home for the Jewish people’ in 1917.

By the end of World War II, the United Nations General Assembly made a resolution on 29th November 1947, stating that Palestine should be partitioned between the ‘Arabs’ and the ‘Jews’, hence the creation of Israel. By 1967, the illegitimate state of Israel had started erecting its settlements in the occupied lands.

These seven decades of occupation have been a story of oppressed Palestinians, whose lands have been usurped and at the same witness to the most bestial acts done to them. Illegal detention, torture, and extrajudicial killing, including that of women and children have been the most prevalent issues over this period. Moreover, the aforesaid acts stand in violation of international human rights law and humanitarian law.

Now that it is established that Palestinians are being oppressed in their own land, there’s a need for every one of us to contribute to the emancipation of Palestinian territories, i.e. West Bank, East Jerusalem, and the Gaza Strip.

Africa is strategic as a continent. This remains one of the reasons why world powers struggle for dominance in the continent. With a population of 1.21 billion and a prediction that by 2050 Africa might be home to 20% of the population of the world, the continent of Africa remains powerful and influential.

Many countries like the United Kingdom, America, China, Iran, and Saudi Arabia have since understood the significance of this continent. And like these countries, Israel has hundreds of its businesses scattered across the continent including in agriculture, security, medicine, technology, commerce, education, and now even humanitarian services.

If you are an African, then these are some of the few, yet effective ways to help the Palestinians:

Most countries in Africa are now battling different forms of conflict. Israel, through its humanitarian outfit, IsraAID, is offering help to rural communities and victims of crises in the continent. For the poor population, it will be difficult to reject what the illegal state is giving out as help, but it is possible.

Eye from Zion, another humanitarian agency, sends ophthalmologists from Israel to Africa to offer surgeries at no cost to the people in rural areas. This has been going on for years.

GrainPro is also another agricultural product from Israel. It’s used by many African farmers to guard their crops against pests. It’s easier to opt for another pesticide other than this, in a bid to help the downtrodden people of Palestine.

Nova Lumos, an epileptic power supply in most parts of Africa, has seen Israel devise a mobile solar for charging phones and electrical appliances at an inexpensive rate to the population. Africans can and must resort to the use of other means of getting power other than this device, which continues to empower the illegal state of Israel.

Galilee International Management Institute is another way the illegal state of Israel uses education to penetrate African countries. Many African leaders and policymakers have been trained at this institution on scholarship. Shunning this scholarship and other Israeli institutions doesn’t look like asking for more. It can be done.

Whenever the people of Palestine are being subjected to any form of brutality, campaigns are often launched on social media by activists using the #FreePalestine hashtag. Don’t always hesitate to join the campaign, because your voice counts. Raising awareness and offering support through social media campaigns are a great way to gather strong support and implement change.

Over the years, this has been one of the most effective ways of sending your message to the right persons. Every last Friday of the holy month of Ramadan, globally people across the world come out to register their solidarity with the Palestinians. They do not only stand in solidarity with the Palestinian cause but send a message to the authorities of Israel, that no matter how long it takes, the fact that the land they live on is illegal must be recognized.

In Africa, Ahl al Bayt Islamic Council of South Africa, Islamic Research, Media Review Network (all in South Africa) and Islamic Movement in Nigeria are among the most notable groups at the forefront of championing the cause in the continent. For more than two decades, the Islamic Movement in Nigeria whose leader, Sheikh Ibraheem Zakzaky, is still held under illegal detention by Nigerian authorities, has been organizing the protest peacefully in the country.

In July 2014, during the protest in Zaria, three of his sons, Ahmad, Hamid, Mahmud alongside 29 participants were killed extrajudicially by the Nigerian military. Series of attempts by Nigerian authorities to stop the pro-Palestinian marches have turned into a pipe dream, as the number of participants grows exponentially every year. We must, despite the threat of pro-Israeli governments and institutes, continue to support the Palestinian cause in the hopes that one day the illegal colonialization of the lands of Palestine will cease.