Ahmaud Arbery and the Search for Justice in America

Ahmaud’s case, both in regards to its sadism and prosecutorial oversight, is a testament to the heritage of American history.

From fourteen-year-old Emmet Till’s lynching in 1955 in Mississipi to Eric Graner, Michael Brown, and Trayvon Martin well into the 21st century, the American legacy of racial animus has alarmingly endured. As the years pass us by and we enter a modern era, the list of victims continues to proliferate. 25-year-old Ahmaud Arbery’s name has joined this solemn and reprehensible list.

On a beatific sunny Sunday afternoon, February 23rd, Ahmaud went out for a jog, as was his habit. The former high school football standout took his run through Satilla Shores, a quiet middle-class neighborhood about 15 minutes from downtown Brunswick, Georgia. Perhaps he was in a state of profound introspection or perhaps he was simply reveling in the sweet clarity that comes from bodily exertion. We will never know. However, it is unequivocally clear that Ahmaud could not fathom that this mundane daily routine of his would end his life.

Just three days before the 2012 anniversary of Trayvon Martin’s untimely death, father and son duo, Gregory McMichael and Travis McMichael, as well as William Rodie Bryan, cornered and murdered Ahmaud Arbery. Ahmaud happened to pass the McMicheal home during his run. Gregory McMichael was on his porch and claimed that Arbery looked like the suspect in a string of recent break-ins in the neighborhood. It has now come to light that there has not been a break-in this neighborhood in over two months.

After calling 911, he recruited his son, Travis, to help him chase and confront Arbery. Together, armed with a revolver and shotgun, they chased him down in their truck. Another accomplice, William Rodie Bryan, helped to corner Arbery in his own truck, whilst filming the entire scene. In the video, viewers can hear Bryan cock his gun, and witness as Arbery fights for his life, only to be fatally shot.

The video itself is graphic and revolting. It is an unfathomable horror to comprehend that such events continue to unfold. The video was leaked by a prosecutor in the past week not due to the paucity of attention and justice the case was getting, but because he believed the video would exonerate his friends. The elderly father, Gregory McMichael, was a former police detective and investigator for the District Attorney’s office in Glynn county. It is plausible to believe that they were able to evade arrest for so long due to his law enforcement ties. Moreover, despite the video evidence, prosecutors claimed that the three men’s actions fell within the Georgia Citizens arrest statute, and were therefore justified in the shooting. With the leaking of the video came an emphatic public outcry.

On May 6th, protestors donned in face masks to adhere to the current coronavirus health guidelines gathered at the Georgia Capitol Building. Soon thereafter, three prosecutors recused themselves from the case citing professional connections to Gregory McMichael. On May 8th, the three men were arrested and charged with murder and aggravated assault.

The arrest and charges indubitably constitute a minute victory. However, justice in its totality has yet to be seen. Ahmaud’s family and friends were concerned that due to social distancing restricting the ability to protest, his case would dissipate into oblivion. Their apprehensions were not baseless. It is clear that once Ahmaud’s gruesome final moments went viral, only then did prosecutors succumb to public outrage. Over two months had lapsed before any attention or concern was assigned to the case. Without obstreperous unrest and protest, minorities in America find the light of justice an unlikely occurrence. Ahmaud’s case, both in regards to its sadism and prosecutorial oversight, is a testament to the heritage of American history.

Activists are delineating this a modern-day lynching and certainly, they are not overreaching. One can feel no ambivalence about the indelible impacts of American slavery and the Jim Crow era after a thoughtful examination of history and modernity. Though slavery has been abolished and segregationist laws are no longer in writing, systemic racism and discrimination have remained deep-rooted, both within American society, and its criminal justice system. African Americans were once considered slaves. Today they are viewed through the lens of criminality. With the end of slavery, we entered the period of lynching and the “Black code laws.” During the lynching era, from 1877 to 1950, more than 4,000 African Americans were lynched. While it is widely considered that this horrific era has ended, many historians contend that the reverberations of its impacts have never stopped.

Clearly, lynching is inextricable with enslavement and the need to reestablish white supremacy. It was only in mid-2018 that three senators introduced legislation that would make lynchings a federal crime. According to a report by The Equal Justice Initiative, a legal advocacy group in Montgomery, Alabama, eighty-eight percent of lynchings took place in southern states, including Georgia. These states now have higher homicide rates, increased imprisonments, more church burnings, and increased death penalty rates.

The torture of African Americans took place in broad daylight with audiences. Many were lynched for unsubstantiated accusations of crimes like murder and rape, some for simply daring to speak to a white man, but others were targeted for pursuing social and economic equality. Moreover, lynchings were not isolated hate crimes, rather they were tolerated racial terror to ratify an unjust system of social hierarchy and dehumanization.

Although it is a tacit truth that events like lynchings should have no place in a civilized society, it has not been totally eradicated. Rather racial terror and marginalization of African Americans are still a contemporary issue. The history of lynching manifested in modern law is found in the death penalty. When the condemnation of lynching gained national and international traction, capital punishment was quickly enacted, and defendants soon realized a fair trial was a forlorn thought.

In 2012, 17-year-old Trayvon Martin was fatally shot while buying snacks from his local convenience store, by a neighborhood watch volunteer, George Zimmerman. Zimmerman was later acquitted and was able to profit from the gun that killed Trayvon. In 2014, 43-year-old Eric Garner was violently choked to death by NYPD officers. Despite his death also being filmed, the officer was not indicted. On August 5, 2014, 22-year-old John Crawford was shot dead by police after being seen with a toy gun, which he picked up in the store. He and his girlfriend were at the Walmart store in Beavercreek, Ohio, to pick up crackers, marshmallows, and chocolate bars for a family gathering. Four days later, unarmed teenager Michael Brown was shot dead by police outside his apartment complex in Ferguson, Missouri. And so it goes, an interminable archive of grim murders.

With the recent news of Ahmaud’s death, the minority community can feel a universal exasperation. The veins of society pulsate with indignation as generations upon generations continue to bleed. Humanity seems a commodity reserved only for the privileged. The mere act of donning brown skin is a death sentence. Shall we strip ourselves of our God-given beauty to take on a facade more “acceptable?” Or shall we submit in prostration to our fate’s because the white man deemed it so?

For the African American community, it seems trauma is an inheritance from their ancestors. Their history in this country began as objects to be bartered with and nothing more. When those with seditious hearts said no more and went to war to preserve the sanctity of life, the government acceded. But still, their humanness was disregarded as segregation further marginalized them into the shadows. Being in their presence was too much for the white man. The law restricted them from enslaving African Americans, so they uttered spurious charges to plunder their bodies, to pillage God’s precious creation.

Once daring to be a dissident and asking for equality led to a bestial lynching. Today it is enough to be black and buy candy at a store, or be black and hold a toy gun or be black and go on a jog, to end one’s life. Lynching was once advertised to amass an audience. The more the better! Today the unjust killings of black boys are often caught on video, going viral for the world to witness. Despite the worldwide audience, very few receive retribution. This is a rather salient parallel between history and modernity. So we ask how much longer?

History can testify on the culture of tolerated violence upon this community. However, history also bears witness to their awe-inspiring resilience. The right to exist in the skin God has bestowed on us is perhaps the most basic of rights. Yet it has become a generational mission to establish. From the civil war to the civil rights movement to the black lives matters movement, the innovative methods of brutality could not silence these people. A reformation of law is not enough. Shifting the perspective of an entire nation to severe introspection and acknowledgment of its depraved history is the first step.

Ahmaud Arbery is not the first to be martyred and I do not believe he will be the last. But in the wake of his death, we have witnessed a community ravaged and still vigorous in its search for respite and humanity. Some of us ran a marathon in his honour whilst others ran their voices hoarse till his killers were behind iron bars. The civil rights movements may be recorded in textbooks as an event of the past, but reality says otherwise. The American nation must set itself in motion to disentangle its helter-skelter legacy of violence, so we observe that its long withstanding heritage of bloodshed is accompanied with a legacy of dissidents. Ahmaud’s name will live on evermore. He will be pensively recalled to inspirit this generation of revolutionaries. 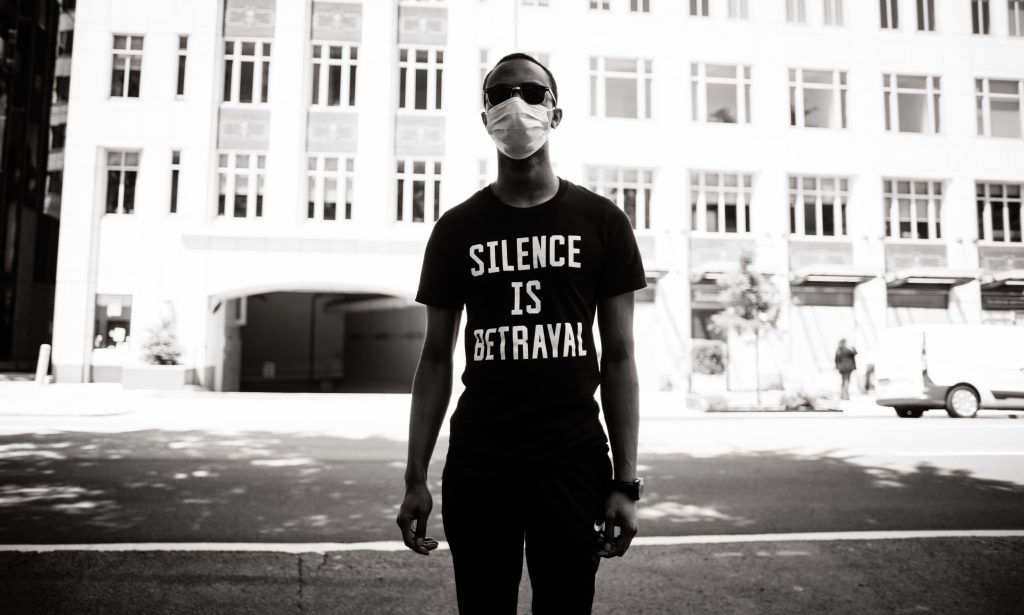 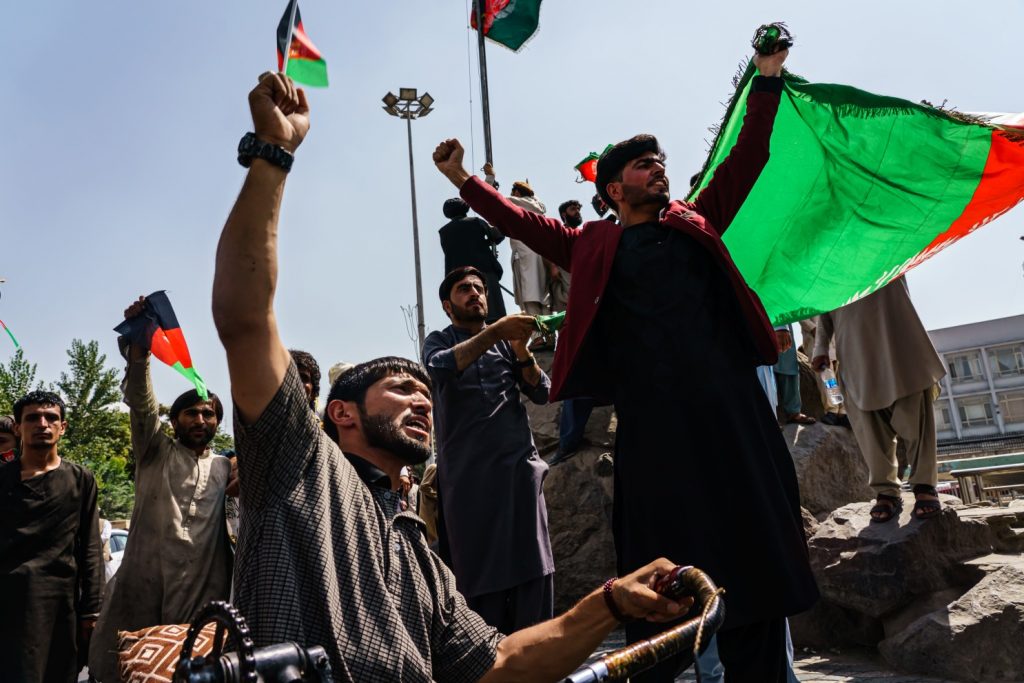