5 reasons why I’m voting Labour and you should too!

Earlier this year, it was revealed that the Conservative government licensed the sale of £6.2 BILLION worth of arms to the Saudi-led coalition bombing Yemen. Over 8,000 civilians have been killed and millions are displaced and suffering.

Earlier this year, it was revealed that the Conservative government licensed the sale of £6.2 BILLION worth of arms to the Saudi-led coalition bombing Yemen. Over 8,000 civilians have been killed and millions are displaced and suffering.

With the historic UK general elections coming up on Thursday, it remains more important than ever for voters, and especially British Muslim voters, to be informed and active in this year’s elections. Here are 5 reasons why I am voting Labour and I think you should too.

(Having said that, our aim should be to remove the Tories from power. It may be strategically better for you to vote for another party in your local constituency who have more of a chance of unseating your local Conservative MP. Visit tactical.vote to find out who you should vote for on Thursday!) 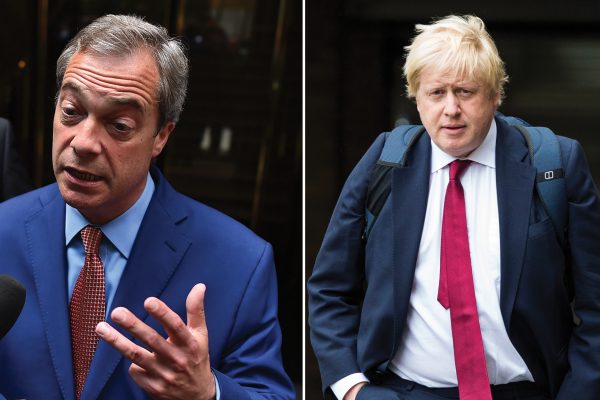 Seems like a long time ago now, but on 1st November of this year, Donald Trump suggested that Boris Johnson work with Nigel Farage and the Brexit Party to create an “unstoppable force” to get Brexit done. Since then, the Brexit Party has announced that they will not be contesting any of the 317 Tory seats. Farage insists that he has made a unilateral decision to only contest Labour-held seats to ensure Brexit is done.

Speaking on the Brexit party, please let’s also not overlook the fact that earlier this year, the party’s leader Catherine Blaiklock had to step down after making Islamophobic comments. One of which read: “Islam = submission – mostly to raping men it seems.” I’ll get to the topic of Islamophobia in a bit, but when Donald Trump, Nigel Farage and Boris Johnson all want to get something done, I’m usually inclined to desire the opposite! 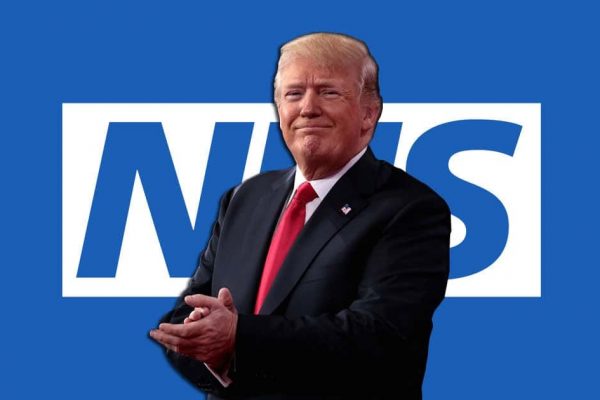 Since coming into power, the Conservative government has systematically crippled the NHS from all sides, bringing free healthcare to its knees, until we reach a point that the only option is privatisation. On the 14th of November it was revealed that A&E waiting times in England are at the worst point they have EVER been on record.

In a survey conducted by the Cavell Nurses’ Trust, 38% of nurses surveyed struggled with the cost of food and 9% had resorted to the use of a food bank.

On the 27th of November, Jeremy Corbyn presented 451 pages of secret documents revealing that Boris Johnson lied and attempted to cover up the fact that the UK have been in trade talks with the USA and that the NHS is very much “on the table”.

The Labour party has pledged to end the privatization of the health service and to increase spending on the NHS by 4.3% per year. In contrast, the Tory party has pledged 50,000 more nurses, 19,000 of which will be “retained” staff. If you don’t know what that means, allow MP Nicky Morgan to explain here… 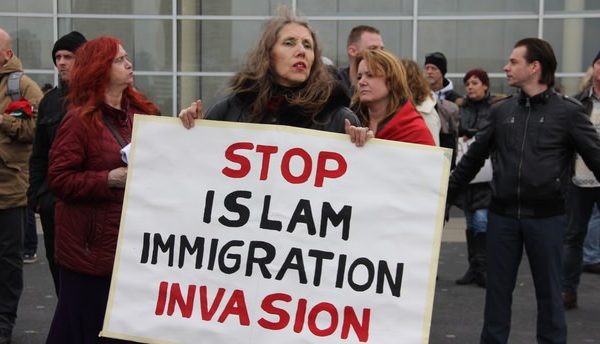 The All-Party Parliamentary Group (APPG) on British Muslims prepared a 72 page document presenting a definition of Islamophobia. One that was accepted by the MCB, by numerous Muslim organisations, by the Labour party, by the Liberal Demacrats, by the Scottish Conservatives….but was rejected by our current Conservative government, the leader of which has infamously described women who wear the burqa as looking like ‘letter boxes’ and ‘bank robbers’.

The APPG Islamophobia definition is such: “Islamophobia is rooted in racism and is a type of racism that targets expressions of Muslimness or perceived Muslimness”.

The dehumanisation and criminalisation of Muslim women from our Prime Minister should be obvious and abhorrent, regardless of whether you are an adherent of the burqa or even a Muslim for that matter, but still he has refused to apologise.

His Trump-esque disregard and disrespect for others is something that in my opinion makes him unfit for office. In August of last year, it was reported by a group that records hate crimes that there was a ‘direct link’ between his comments and incidents targeting women who wear the niqab. I stand to be corrected, but that sounds very much like incitement to me. But still, he has refused to apologize.

On the 27th of November, former chairperson on the Conservative Party, Sayeda Warsi spoke of how she felt like she was ‘in an abusive relationship’ with regards to Islamophobia within her party and if you need to know anything else about Islamophobia within the Conservative party, Miqdaad Versi has compiled a Twitter thread that tells you everything you need to know.

Let's test that, shall we? 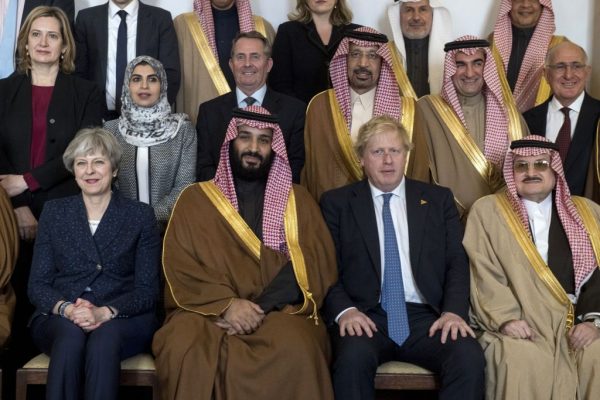 Earlier this year, it was revealed that the Conservative government licensed the sale of £6.2 BILLION worth of arms to the Saudi-led coalition bombing Yemen. Over 8,000 civilians have been killed and millions are displaced and suffering. The UN has described the situation as ‘the worst humanitarian crisis anywhere in the world.’ In June of this year, it was also revealed that the Conservative government arms sales to Saudi Arabia was unlawful.

Three judges said that a decision made in secret in 2016 had led them to decide that Boris Johnson, Jeremy Hunt, Liam Fox, and other key ministers had illegally signed off on arms exports without properly assessing the risk to civilians.

Jeremy Corbyn has stated that a Labour government would immediately ‘recognise Palestine as a state’ and on page 98 of the Labour party manifesto it states that should they win on the 12th of December, they will “immediately” suspend arms sales to Saudi Arabia and Israel. The ban will apply to Saudi arms “for use in Yemen and to Israel for arms used in violation of the human rights of Palestinian civilians.” 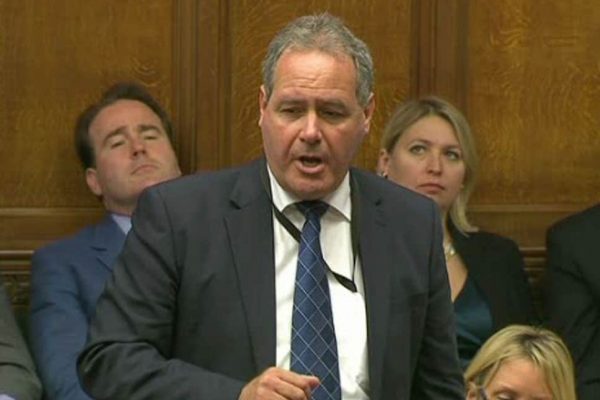 Whilst we should all act on this nationally, we can only act locally. In my local constituency of Harrow East, we have had the (dis)pleasure of being represented in Parliament by Conservative MP Bob Blackman. A man who I should probably mention has deliberately cut himself off from his constituents by blocking them on Twitter for simply disagreeing with him. He’s blocked me along with many others in the constituency for merely exercising our democratic right and campaigning against him. Sad really.

Bob Blackman has hosted an anti-Islam extremist by the name of Tapan Ghosh at a Commons event. Ironically the event was titled ‘tolerating the intolerant’. Blackman’s guest, Tapan Ghosh, has called on the UN to control birth rates of Muslims worldwide, speaking in praise of a ‘war against Islam’, and claimed that ‘all Muslims are jihadis’ and much more.

Bob has also been made to apologise for previously retweeting another extremist by the name of Tommy Robinson (who you may know from being the former leader of the EDL), and has also had to apologise for sharing an article from Hardcore USA News, a platform which frequently shares Islamophobic stories.

The Conservative majority in my local area of Harrow East was just 1757 in the last election. Unfortunately as Muslims in the UK, we have a historic record of being poor at turning out to vote. This election provides a unique opportunity to see a real change in governance and policies which focus on uplifting the lives of millions that have been crippled by Conservative austerity measures.

This election is being dubbed ‘The Brexit Election’ by many, but there is so much more at play. Please get out and vote on Thursday! Whilst I personally see the Labour party currently as the more realistic alternative in terms of their chances to gain a majority and govern effectively, in your local constituency it may be another party that has the chance to unseat the Tories. You can visit tactical.vote to find out which party you should give your vote to, to ensure we remove the Tories from power.