Her discovery of a unique galaxy more than 350 million light-years away may seem like a far-off dream for many – but her tireless work and dedication is proof to us all that anyone, regardless of faith or gender, really can reach for the stars. 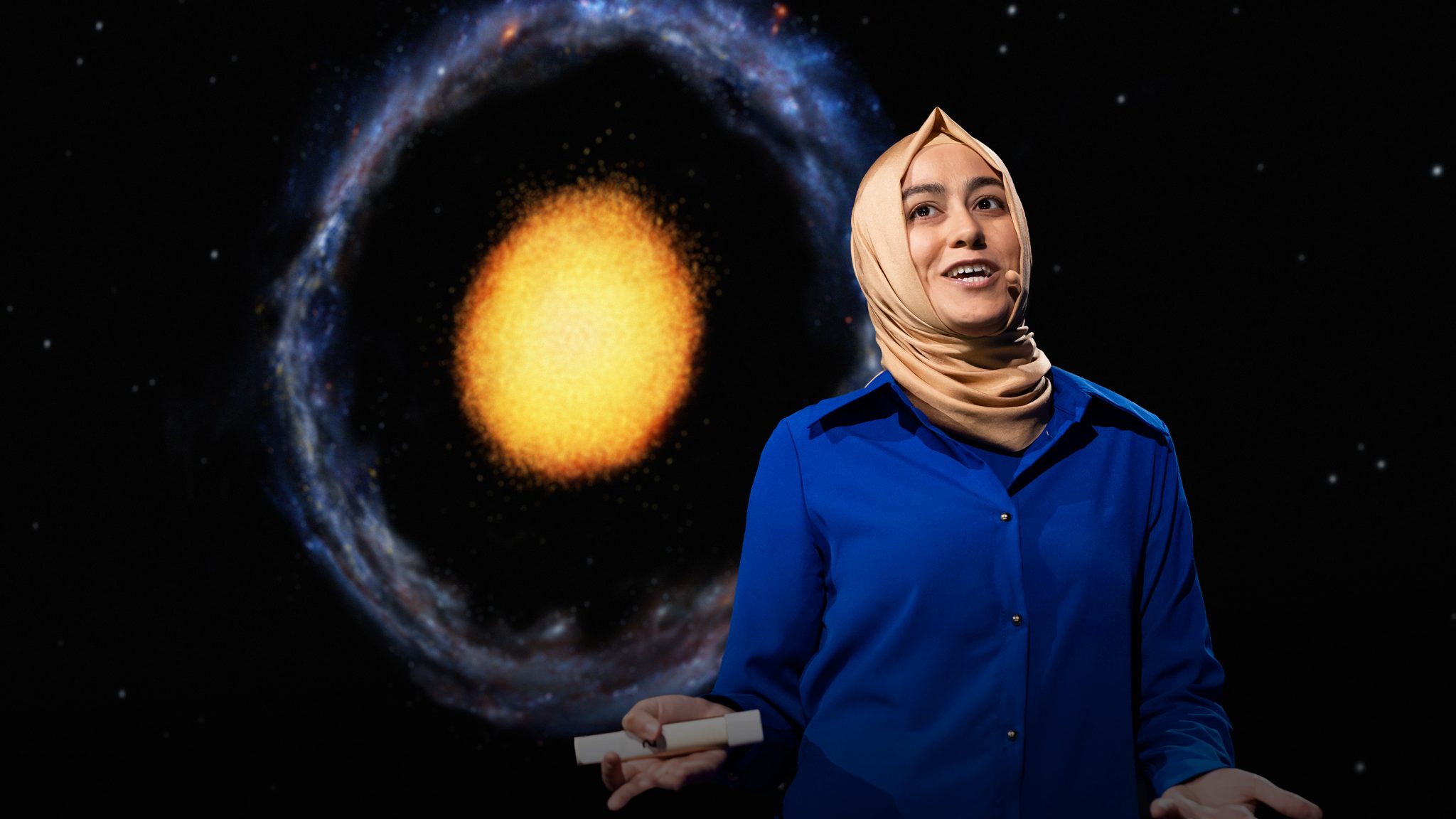 Her discovery of a unique galaxy more than 350 million light-years away may seem like a far-off dream for many – but her tireless work and dedication is proof to us all that anyone, regardless of faith or gender, really can reach for the stars.

“As a Muslim immigrant female astronomer, I know what it feels like to find oneself outside the dominant culture.” – Dr. Burcin Mutlu-Pakdil

Recently making headlines after discovering a completely new type of galaxy – consequently named Burcin’s Galaxy after her – Dr. Burcin Mutlu-Pakdil is one of the most important scientists studying our universe. Born and raised in Turkey, Dr. Mutlu-Pakdil is the first in her family to attend college. Childhood stories of her father having to drop out of school after the fifth grade empowered her to both continue her higher education, as well as help promote other young students to follow their passions.

Following her B.S. degree from Bilkent University in Turkey, she then went on to complete her M.Sc. at Texas Tech University as well as her Ph.D. at the University of Minnesota. She is now a Postdoctoral Research Associate at the Steward Observatory at the University of Arizona, currently involved in several projects that study galaxy evolution and the structures of dwarf galaxies.

“I want to be an inspiring scientist who shows that science can be both enjoyable and reachable for anyone, especially for women.”

Her most recent discovery of the Burcin’s Galaxy is making headlines because of how intriguing and groundbreaking this new galaxy is. 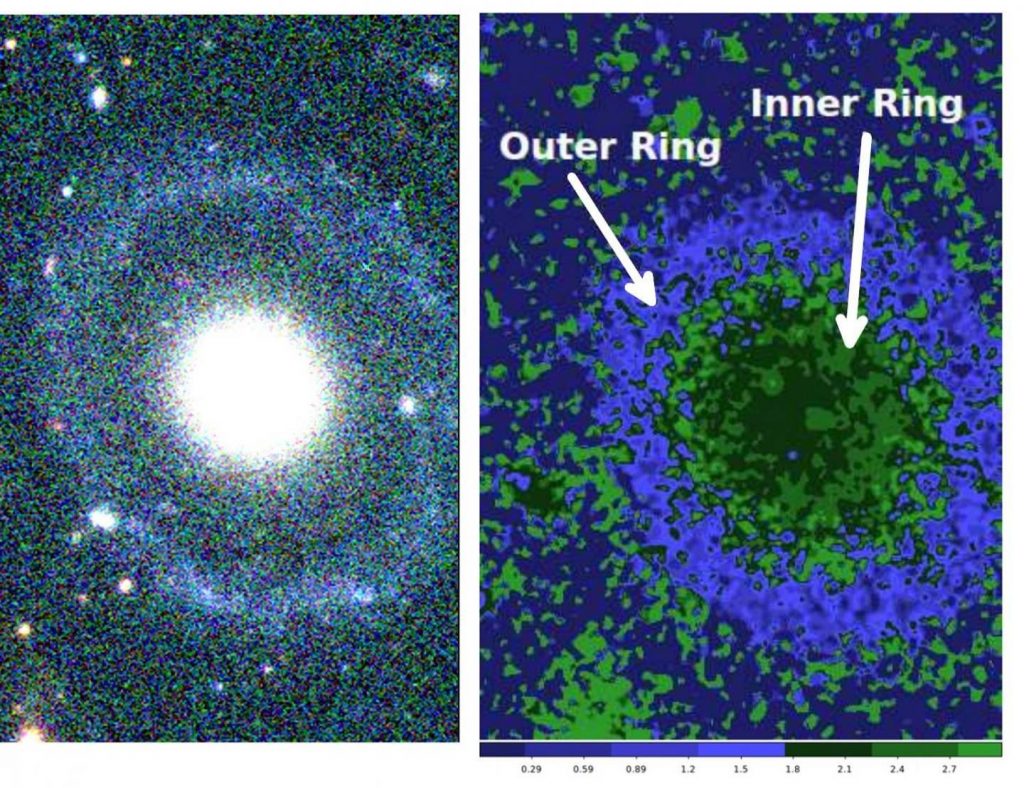 Known as a ring galaxy, at first Dr. Mutlu-Pakdil and her team thought galaxy PGC 1000714 was a Hoag-type galaxy. Hoag-type galaxies, named after Arther Allen Hoag, are a rare type of ring galaxy where a ring of newer, blue stars are surrounding a central core of redder, older stars, with no visible connection between the two. These type of galaxies are incredibly rare, with less than 0.1 percent of all observable galaxies falling under the category of a Hoag-type galaxy. 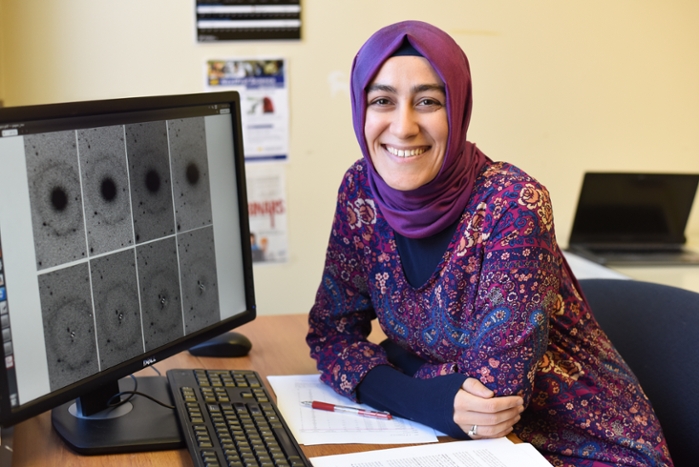 Upon closer look however, Dr. Mutlu-Pakdil discovered that this galaxy did not fall under the Hoag-type – it was a completely undiscovered type of galaxy. In this particular galaxy, between the outer blue ring of stars and the older central body of redder stars, Dr. Mutlu-Pakdil found another red-colored ring in the middle. This opened up both an entirely new discovery of galaxies as well as questions on how galaxies form – in Hoag-type galaxies, the central body of older red stars form first, with the outer bluer ring being the newest. In Burcin’s Galaxy however, the middle, previously undiscovered inner red ring that lies between the central body and the outer ring is the oldest of the three parts. Being the first discovery of a double-ringed elliptical galaxy, this has completely changed the way astrophysicists look at galaxy evolution and formation.

“As a female immigrant astronomer and first generation in my family to attend college, I have long been committed to diversity and equal opportunity in higher education.”

Now a 2018 Ted Follow, Dr. Mutlu-Pakdil not only gives talks on both her discovery of the  Burcin’s Galaxy and astrophysics in general, but she also passionately advocates for more involvement of women in STEM. Serving as an American Astronomical Society Astronomy Ambassador, whose goal is to help promote and increase scientific involvement through public programs, Dr. Mutlu-Pakdil is an inspiration for women and minorities everywhere. From volunteering with low-income school children in the U.S. to tutoring high school level girls in STEM, Dr. Mutlu-Pakdil also gives talks on “Women in STEM” across the United States in an effort to bring more women to the table. Being at the forefront of scientific discovery has given her the power to help other young girls discover the joy of science, something she works tirelessly to do. Her discovery of a unique galaxy more than 350 million light-years away may seem like a far-off dream for many — but her tireless work and dedication is proof to us all that anyone, regardless of faith or gender, really can reach for the stars.

Keep up to date with Dr. Mutlu-Pakdil’s work here.