How The MLI Is Normalising Israel Through Selective Narratives

It is not about eliminating Palestinian presence, but justifying the settler-colonial population defining its existence at the expense of Palestinians, their territory, and their memory.

It is not about eliminating Palestinian presence, but justifying the settler-colonial population defining its existence at the expense of Palestinians, their territory, and their memory.

The Shalom Hartman Institute’s Muslim Leadership Initiative (MLI) barely manages to conceal its agenda. Launched in 2013, it has strived to marginalise Palestinians through its programme that emphasises fabrications of “conflict” to justify the prevailing Zionist colonial narrative. The institute’s choice of manipulation tactics lies in how to apply selectivity and disseminate the results to a wide audience.

While such tactics are unlikely to convince anyone with an understanding of the Israeli settler-colonial expansion and violence in Palestine, the MLI’s programme includes visits to Israel with the intention of communicating the Israeli colonial narrative. In keeping with its purported expansion of “participants’ critical understanding”, it defines the space and context of how Palestinians are represented by the institute. The tactic employed is to manipulate Palestinian aims by eliminating their expression and speaking over them. Palestinians’ function, in this case, is to build the coloniser’s narrative and exist as a mere appendage, rather than embody their own history and memory.

“Serving Israel” is the foundation of the Shalom Hartman’s Institute. Through its programs, among these, the MLI, it invites “American Muslims to explore how Jews understand Judaism, Israel, and Jewish peoplehood.” The overt implication of religion obscures the ultimate aim — that of normalising Israel through selective narratives that serve the colonial project.

Some weeks ago, Wajahat Ali’s article in the Atlantic, titled A Muslim Among the Settlers elicited furore and accusations of normalising Israel’s existence. Reading the article, it is clear how a very selective process was applied to document the settler narrative. Besides use of language that implied doubts as regards to Israeli violations, mere landscape descriptions contrasting Israel and the occupied West Bank were juxtaposed as orderly and disorderly without any context as to why territory inhabited by Palestinians is described in a crude manner, while labelling Palestinians “creative” for seeking ways to live with the absence of basic necessities, such as water.

Earlier, on May 15, the Times of Israel published an article by Donniel Hartman, President of the Shalom Hartman Institute, titled “The Moral Challenge of Gaza”. Unlike Ali’s article, which plays with barely disguised nuances that normalise Israeli violence, Hartman openly justifies the IDF’s use of force against Palestinians demonstrating at the Gaza border:

“What is happening on the Gaza border is not a protest against the reality of life in Gaza, but an attack against the sovereignty of Israel and its right to exist.”

Hartman says that “Palestinians have every right to their narrative of Nakba”, but the settler-population is also within its rights to “express joy at being in our home country, whose capital is Jerusalem.”

From describing Israel’s presence in Palestine as a benevolent project to silencing Nakba memory through state-fabricated narratives of the homeland, it is easy to see that settler-colonialism takes precedence in both of these writing examples. It is not about eliminating Palestinian presence, but justifying the settler-colonial population defining its existence at the expense of Palestinians, their territory, and their memory. 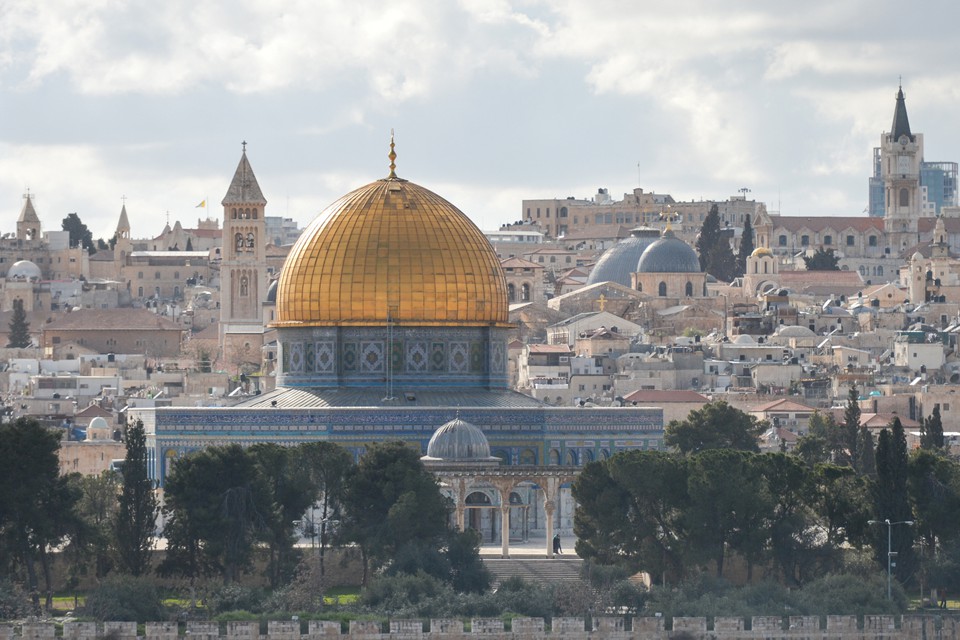 What purported understanding is the MLI, through the institute, seeking to impart? Similarly to the international political impositions, it employs normalisation through the two-state compromise. The coercion in such an agenda is concealed through references to “peace”, which makes it incumbent upon Palestinians to legitimise the violent colonisation of their land and people while getting fragments of territory in return.

The international community uses the term “peace” as a euphemism for the acceptance of violence. Little differs with the Shalom Hartman institute and its programs, except for the fact that it finds willing participants in society that can further the Israeli agenda of oblivion when it comes to Palestinian narratives and history.

Politics and propaganda can play its role in the normalisation of Israeli violence through the insistence of the two-state paradigm. Just as the international community is relying upon the obsolete imposition, declared so by the Middle East Quartet, the Shalom Hartman Institute’s evoking of the same turns the defunct into opportunities for Israel, through its programs and participants.