Today, a third of the world’s refugees are Palestinians, denied the right to return back to their homeland whilst being forcefully expelled from their homes.

By 1913, the British Empire was the largest to have ever existed, covering 25% of the world’s land surface, including India, Yemen, Egypt, Sudan and most of the South and East African continent.

The Zionist movement emerged during the beginning of the 19th century and espoused the formation of a nation state for the Jewish community. The Zionists were hunters for sources of power in the world that could actualise their vision of a Jewish homeland, and wherever the imperialists place the Zionists they will follow.

If we look back to the founding protocol of the Zionists, there was a discussion over the creation of this Jewish homeland in British East Africa, as suggested by the founding father of Zionism, Theodore Herzl in 1903.

Britain recognised that in order to sustain and increase its colonial control, it needed to create a military base that serves as an extension for its foreign policy, in the strategic location of the Middle East (West Asia).

The Suez Canal, entering the Red Sea that is located between Egypt and Palestine, was a critical location the British wanted control over. Exports from across the globe would pass through this canal, and many nations would fight for control and access to this region, including Britain.

The nature of the strategic location, the history of the land, and the planting of a foreign entity at the heart of the much sought-after Arabian lands, that could secure the Empire’s expansionist agenda, made the land of Palestine an ideal location for Britain to set up its military base in the Middle East.

The Zionists, therefore, reached their targets through facilitating the interests of imperialist Britain, in what became the Balfour Declaration. This motion was passed by the British government before the end of WWI, calling for the “establishment in Palestine of a national home for the Jewish people.”

To garner support for this, Arthur Balfour stated within his Declaration, “nothing shall be done which may prejudice the civil and religious rights of existing non-Jewish communities in Palestine.”

One may be surprised to hear that Balfour espoused anti-Semitic sentiment, calling Jews ‘alien creatures’ and ‘hostile people’, since those in power sought to activate anti-Semitic slogans, in order to justify the containment of settler Jews within Palestine.

It is for this reason that the only Jewish member in the cabinet, Edwin Montagu, was strongly opposed to Zionism, which he called “a mischievous political creed”. The weaponization of anti-Semitism was later to be used as a tool to blackmail those opposed to the colonial state of Israel, as ‘anti-Semites’.

Britain also recognised that in order to have increased colonial power in the Middle East, the Ottoman Empire needed to be overthrown and dissolved. A secret treaty was signed in 1916 between Britain, France, Russia, and Italy, called the Sykes-Picot Agreement, based on the divide and conquer strategy. The agreement promised Britain control of Palestine, Jordan, and southern Iraq, and promised France control of northern Iraq, Syria, Lebanon, and south-eastern Turkey.

Britain betrayed the Arabs, and when the Governor of Hijaz (Sharif of Mecca) realised this, he withdrew all allyship from Britain. Britain consequently gave legitimacy to the family of Saud and established the Saudi monarchy.

The British mandate over Palestine was effective from 1923, and Winston Churchill reassured Palestinian leaders that they should not suffer the consequences of Zionism.

Nevertheless, the influx of Jewish immigrants only continued to increase, and the Jewish communities began to form settlements, institutions, and their own leagues until the Jewish population in Palestine increased to 33% by 1947 (from 6% in 1917).

The Palestinians could see through Churchill’s lies and revolted against the British. Since the 1920’s until today, the Palestinians have been continually protesting and resisting the colonization of their lands.

In 1948, Britain withdrew from Palestine, handing over control to the UN. Under the unjust UN partition plan, 55% of the land was given to ‘Israel’ and 45% was to remain for Palestine, although Palestinians made up around 70% of the total population.

On Nakba Day, May 15th 1948, the state of “Israel” was declared. Zionist terrorist organisations such as the Haganah, Lehi, Irgun, which all united to form the ‘Israeli Defence Forces’, captured 78% of Palestine and completely erased over half of all Palestinian villages, whilst forcefully expelling and ethnically cleansing over 700 thousand-1 million Palestinians. By 1949, over 13,000 Palestinians were massacred.

The Nakba has been a reality for the past 73 years and continues. Today, a third of the world’s refugees are Palestinians, denied the right to return back to their homeland whilst Palestinians continue to be forcefully expelled from their homes.

US rise to power

After WWII, the US took over the reins of power from Britain and after the collapse of the Soviet Union, it became the dominant superpower on the international stage. Today, we see that dictatorships in the Middle East, such as Saudi Arabia, are in complete subservience to US and British interests.

However, the nature of the West’s allyship with Israel is incredibly different, since Israel’s financial and military existence is completely linked to the US. Indeed, the West is sustaining Israel not out of its own merit, but for the entity to act in its interests in such an important region.

How big was the British Empire and why did it collapse? | The Week UK
Ervin Birnbaum (1990). In the Shadow of the Struggle. Gefen Publishing House Ltd. pp. 40–. ISBN 978-965-229-037-3.
The Suez Canal and the British empire’s need for the Balfour Declaration – Mondoweiss
Balfour Declaration | History & Impact | Britannica
It’s Time To Admit That Arthur Balfour Was A White Supremacist — And An Anti-Semite Too | Institute for Palestine Studies (palestine-studies.org)
The Declaration – University of Westminster
Sykes-Picot Agreement | Map, History, & Facts | Britannica
Hussein-McMahon correspondence | History & Map | Britannica
Winston Churchill in Jerusalem, 1921 | Manchester (manchesterconservatives.com)
Palestine’s Population Distribution Per District as of 1946 – Palestine Remembered
Palestine and Israel: Mapping an annexation | Human Rights News | Al Jazeera
https://www.ampalestine.org/palestine-101/history/al-nakba/nakba-what-really-happened 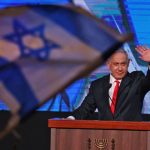 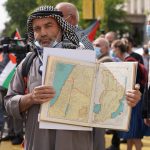 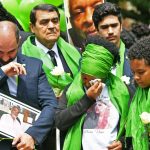 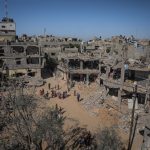