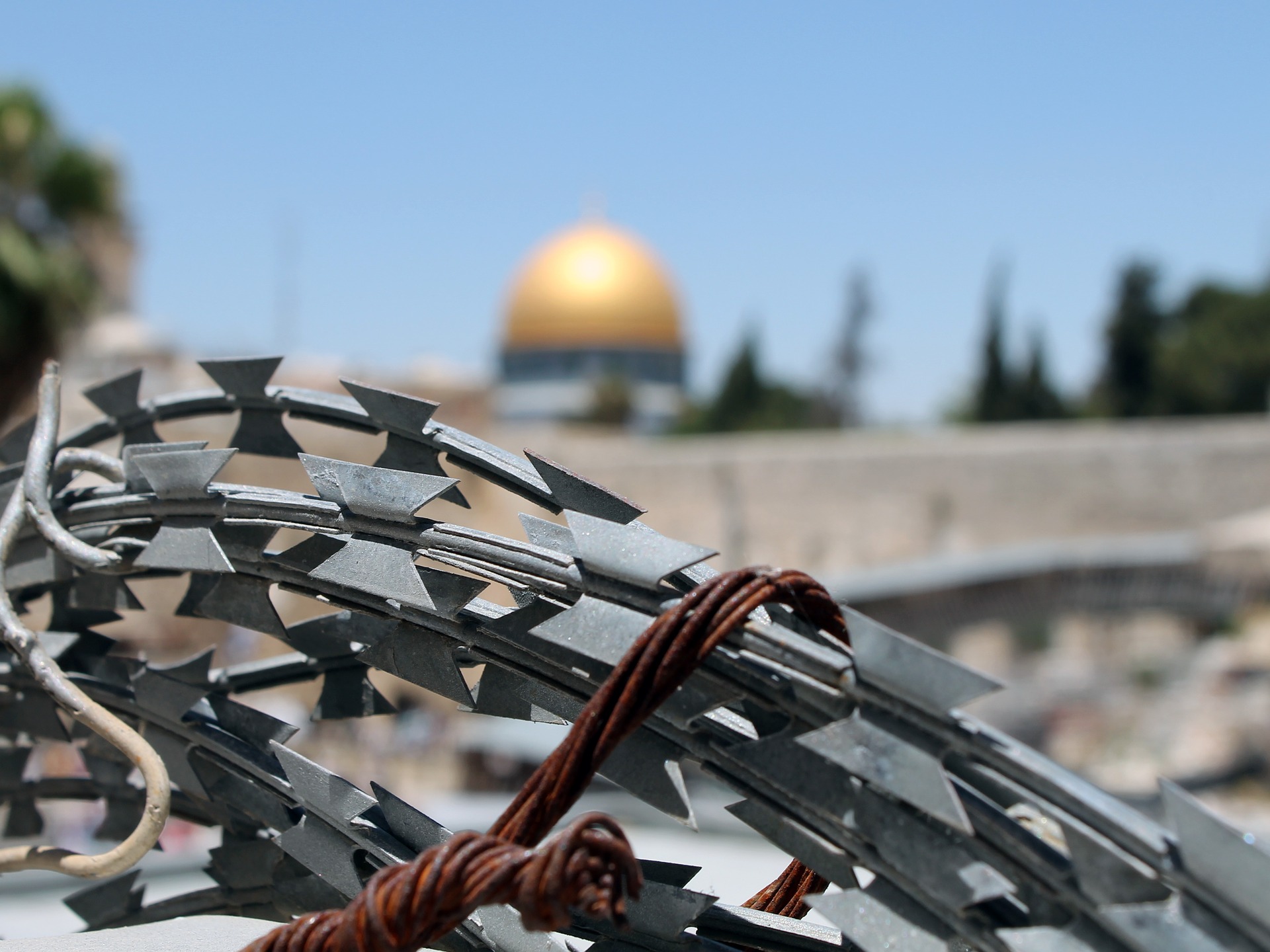 Israel has made several attempts to discredit Palestinian resistance in the context of the Great Return March. From orders to shoot at demonstrators, the bragging of having over 100 snipers at the border, as well as the killing and maiming of Palestinians asserting their right to return to historic Palestine, Israel has framed the protest as a violent disturbance.

However, it is not just the dissemination of the protests as a violent disturbance which distorts the demand to return to historic Palestine. By eliminating the context that led to the creation of colonial Israel on stolen and ethnically cleansed land, Israel has added fodder to its security narrative. It has rejected calls for independent investigations into the killings of Palestinians by IDF snipers. Given the level of collaboration between Israel and the international community in terms of promoting security demands, Israel knows it can dismiss criticism due to the discrepancy between collusion and condemnations.

"We know where every bullet landed".

This is how the Israeli army brags about shooting 773 Palestinians with live fire.

Thanks to @btselem for capturing this deleted tweet, revealing the pride the IDF feels about the casualties they inflicted on unarmed protesters yesterday. pic.twitter.com/S9ufrQkjCf

UN Secretary-General Antonio Guterres affirmed Israel’s certainty through his statement which stressed: “This tragedy underlines the urgency of revitalising the peace process aiming at creating the conditions for a return to meaningful negotiations for a peaceful solution that will allow Palestinians and Israelis to live side by side peacefully and in security.”

Between Israel and the international community, there is a silent agreement to dissociate the Great Return March from its roots. The tragedy, in Guterres’s words, does not call for additional diplomatic negotiations in which the outcome is a consolidation of colonialism. Palestinians are clamouring for their right to return to historic Palestine – a clear and unequivocal statement which Guterres conveniently fails to acknowledge and which illustrates Palestine’s isolation within the international community.

Allowing Israel and the international community to define the Great Return March is dangerous for Palestinians. Both have dissociated the historical context from the present demonstrations: Israel has achieved this by claiming it is facing terrorism on the border in Gaza, thus satisfying the conditions of rhetoric within the international community. The UN Secretary-General, on the other hand, propagates the illusion that Palestinians are protesting for an internationally-imposed solution. If these fabrications are amalgamated with the erroneous concept of the Great Return March as a mere symbolic protest, irreparable damage will be inflicted on Palestinian rights and memory.

To understand the Great Return March, it is imperative to situate the protest within the historical context of the 1948 Nakba and its extended aftermath. Since 1948, the Zionist colonial project has systematically created prospects for violence which the international community normalised by recognising Israel as a state. The anomaly of recognising a colonial state at the expense of a displaced and ethnically cleansed Palestinian population led to UN Resolution 194 which stipulates the right of return for Palestinians. However, the UN has ensured that the colonial project will take precedence over the resolution’s implementation, to the point that the two-state paradigm has been labelled a solution and, within the international community, given more importance than the Palestinian right of return.

The ramifications of such politics is also a threat upon historic Palestine. For the international community to acknowledge the existence of refugees but refrain from dismantling the colonial project is a contradiction if human rights are to be taken rigorously. Cloistering the Nakba within the 1948 timeframe is a gross violation of memory that allows Israel to normalise its violence against Palestinian civilians. What is happening at the border in Gaza is a little fragment of the violations endured by Palestinians daily. It is the Great Return March which has provided additional scrutiny, which is temporarily beneficial but risks sinking into oblivion in the long run – the reason being that the prevailing coverage has simplified the Great Return March as a temporary protest.

If the significance of the protest is rendered temporary, there will be a collective betrayal of the Palestinian right of return. As the Nakba commemoration approaches, more effort should be exerted to define the current protest as part of Palestinian resilience and anti-colonial struggle. Without a doubt, reporting upon the current atrocities against Palestinians in Gaza is a necessity. It must, however, be done with utmost respect for Palestinian memory and support the Palestinian refusal to subjugate themselves to the aggressors for a solution.