“Malaysia’s systematic detention of migrants and refugees is shameful and illegal. Authorities must immediately work with UNHCR to provide them with food, water, shelter, appropriate health screening and care. Last but not least, they must be granted access to fair asylum procedures.”

Rohingya Muslims have been fleeing persecution in Myanmar for decades. They are also escaping squalid conditions in Bangladesh’s refugee camps in the hope of pursuing better lives by travelling on flimsy and overcrowded boats. Many of the boats are then left stranded on coastlines of South Asian countries, which refuse to take responsibility for them.

Another important factor to take into account is that not all of these Rohingya people on board these ships are willing participants but they have fallen prey to human traffickers. Kuala Lumpur based NGO The Child Rights Coalition Malaysia (CRCM) revealed in December 2019 that Malaysia has now become a destination for the sex trafficking of Rohingya girls.

In the latest incident, on 20th October 2020, Indonesian fishermen spotted a boat carrying Rohingya refugees off the country’s northwestern coast. According to Anadolu Agency, the boat was seen in the Malacca Strait, some 80 to 100 miles near the Aceh province’s waters. Usman Hamid, the executive director of Amnesty International Indonesia, urged Indonesian authorities to rescue the Rohingya refugees. Hamid believes that ASEAN (Association of Southeast Asian Nations) is failing to collectively help Rohingya Muslims and the burden of responsibility should not be solely on Indonesia. “The Rohingya community’s suffering is a regional issue in need of a humane regional response in line with international law,” he stated.

In April 2020, at least 24 Rohingya refugees died of starvation on a boat that had been adrift for two months in the Bay of Bengal. According to Al Jazeera, testimonies by refugee children on that boat revealed they were beaten and forced to watch their parents’ bodies being thrown overboard.

Malaysia claimed that refugees were turned away at the border to prevent the spread of coronavirus.

Malaysia’s systematic detention of migrants and refugees is shameful and illegal. Authorities must immediately work with UNHCR to provide them with food, water, shelter, appropriate health screening and care. Last but not least, they must be granted access to fair asylum procedures.”

According to the UNHCR, non-refoulment, which is a principle of customary international law, prohibits the return of individuals to a situation where they would face a real risk of persecution or serious human rights abuses.

History has repeated itself despite the tragic events in May 2015, in which 2,500 migrants were rescued in the Andaman Sea – it is believed thousands more were left stranded. Lessons have not been learnt to prevent further unnecessary suffering and death.

While Bangladesh has created many refugee camps to accommodate a million Rohingya Muslims, they are unable to continue doing so safely. And to make matters even more dire, Rohingya Muslims are being banished to an island that is at risk of flooding. According to a BBC News investigation, the Bangladeshi government has begun relocating hundreds of the refugees, against their will, to the small remote silt island of Bhasan Char.

The island emerged nearly 20 years ago, 60km from the coast of Bangladesh. There are currently 306 Rohingya Muslims who reside on this island and they are not allowed to leave. Commodore Abdullah al Mamum Chowdhury told the BBC: “The infrastructure is eco-friendly. There is plenty of open space. Here they will have electricity, which they don’t have in Cox’s Bazar camp. The most important thing is education. We have constructed schools for Rohingya children where they will get better education.”

But Rohingya Muslims are concerned the island could be in danger during monsoon and cyclones and it is three hours away from the mainland.

Firstly, there needs to an international summit to come together to encourage all countries to ratify the UN Refugee Convention.  Secondly, a global fund needs to be created to help host countries support and integrate Rohingya Muslims into their new countries.

Rohingya Muslims are not criminals and their lack of legal status has left many countries to dehumanise them, literally leaving them stranded in dangerous waters. Rohingya Muslim refugees are human beings seeking safety and a decent future, just like the rest of us. 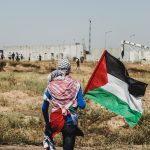 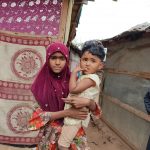 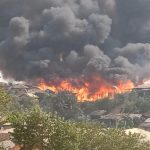 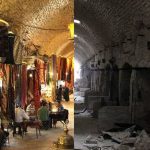