Anger management in light of the Quran and Sunnah

Anger management in light of the Quran and Sunnah 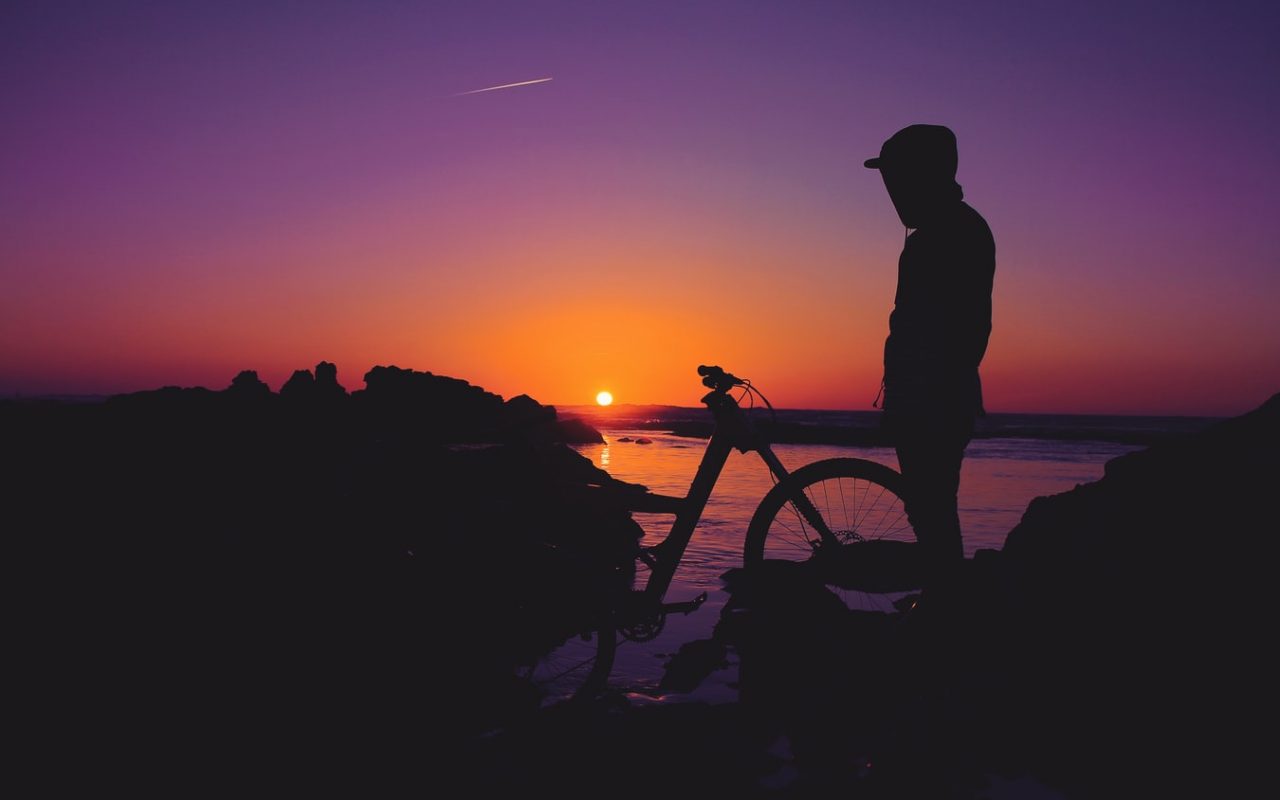 Anger is a psychological state that results from inner agitation and desire for revenge. And when this agitation becomes violent, it intensifies the fire of anger. A violent commotion engulfs one’s brain on account of which the mind and intellect loses control and becomes powerless. It is for this reason that such a person becomes blind and deaf to etiquettes and guidance.

Anger is a weakness but people think of it as strength. In fact, it’s a spark that sets you on fire and then you burn others. So that fire not only hurts you, but hurts others as well. Imam Baqir (a) said: “Indeed, this anger is a spark lit by Satan in the heart of the son of Adam (Al-Kulayni, Al kafi, Vol. 2, page 304, hadith no. 12)’’.

The devastating effects of anger

Although anger is a natural feeling, it has negative effects on those who allow it to control them. It affects one’s mental health, leading to anxiety, depression, guilt, frustration and isolation. Not only mental health, but it also has a great impact on a person’s physical health as well, which includes headaches, eye strains, upset stomach, and heart problems etc.

Moreover it affects family and society as a whole. When a person becomes angry and he acts upon it, he intensifies hatred amongst himself and people around him, and as a result, people cut off ties with him. Worst can lead to killing and bloodshed. Above all, that person displeases Allah and chooses to walk away from the right path, for which he face consequences until he seeks forgiveness and mercy from Allah.

Anger management in light of the Quran

As humans we go through many emotions that we feel unable to control. Anger is one of them and the strongest one too. Fortunately, for us, Allah has told us in the Quran how to deal with it. That is why the Quran is a source of information that will help us lead an Islamic life. Allah has advised us to repress our anger in all situations, no matter how testing they are. He has mentioned this specifically in the Quran when He says:

Those who spend (in Allah’s cause) in prosperity and in adversity, who repress anger and who pardon men, verily, Allah loves Al-muhsinoon (all good doers).”

What greater achievement can we have than the love of Allah and as they say, being in His good books? Repressing anger kills the situation that can get ugly very soon, and that is why Allah has prescribed it for us. Allah has mentioned repressing anger and forgiving again and again in the Holy Quran by giving examples of His prophets as well. Allah says in Quran:

Prophet Ibrahim’s (PBUH) father said to him: ‘I will surely stone you, so avoid me a prolong time.’ He (PBUH) responded: ‘peace be upon you’”.

As always, if a person is unsure about how to act in any situation, he needs only to consult the Holy Quran and seek Allah’s guidance and look to Prophet Mohammad (PBUH) or our righteous predecessors to find the best way to act.

In other places, anger management has been mentioned in the Quran, and along with it there is also mention on how much a person who controls his anger is loved by Allah. It is said:

So whatever you have been given is but (a passing) enjoyment for this worldly life, but that which is with God (paradise) is better and more lasting for those who believe and put their trust in their Lord. And those who avoid the greater sins, and illegal sexual intercourse, and when they are angry, they forgive.”

Controlling anger is a sign of righteousness. A righteous person is promised paradise. So let us restrain our anger and not utter anything which cannot be taken back. It is said: “Yet forgive and overlook, till God bring His command (Surah Al-Baqarah)”. Surely the one who controls his anger pleases Allah and keeps the characteristics of the righteous believer.

Anger management in light of Hadith and Sunnah

Anger is one of the evil whispers of shaytan which leads to many evils, of which Allah knows their full extent. For this, Islam has a great deal to say about this bad characteristic and the Prophet Mohammad (PBUH) described cures for this disease and ways to limit its effects among which are the following:

1. Seeking refuge with Allah from the shaytaan

Sulayman Ibn Sard said: “I was sitting with the Prophet (PBUH) and the two men were slandering one another. One of them was red in the face, and the veins of his neck were standing out. The Prophet (PBUH) said: ‘I know a word, if he were to say it, what he feels would go away: ‘I seek refuge with Allah from shaytaan’’ what he feels (anger) would go away.’ (Reported by Al-Bukhari, book. 054, hadith no. 502)”.

The messenger of Allah (PBUH) said: “If any of you becomes angry, let him keep silent (Reported by Imam Ahmed, Al musnad. See also saheeh Al-jaami, 693, 4027)”. This is because an angry person loses self-control and could utter words of disbelief or curses, or the words of divorce which would destroy his home or the words of slander which would bring him the enmity and hatred of others. So, keeping silent is the solution which helps to avoid ugly situations.

The narrator of this this hadith is Abu Dharr and there is a story connected to his telling of it:

“He was taking camels to drink at a trough that he owned, when other people came along and said (to one another): ‘Who can compete with Abu Dharr (in bringing animals to drink) and make his hair stand on end?’ A man said: ‘I can’, so he brought his animals and competed with Abu Dharr, with the result that the trough was broken (i.e. Abu Dharr was expecting help in watering his camels) but instead, the man misbehaved and caused the trough to be broken. Abu Dharr was standing so he sat down. Then laid down. Someone asked him: ‘O Abu Dharr, why did you sit and lie down?’ He said: ‘The messenger of Allah said…(repeated the Hadith)”.

4. Following the advise of the Holy Prophet (PBUH)

5. Do not become angry and paradise will be yours

Remembering what Allah has promised to the righteous who keep away from the causes of anger and struggle within themselves to control it, is one of the most effective ways of extinguishing the flames of anger. One of the ahadith that describes the great reward for doing this is: “Whoever controls his anger when he has the means to act upon it, Allah will fill his heart with contentment on the Day of resurrection (Reported by Al-Tabarani, 12/453. See also shaheeh Al-jaami, 6518)”.

Prophet Mohammad (PBUH) is our leader and has set the highest example in this matter. One of the most famous ahadith was reported by Anas who said: “I was walking with the messenger of Allah (PBUH), and he was wearing his najraani cloak with a rough collar. A Bedouin came and seized him roughly by the edge of his cloak, and I saw marks left on his neck by the collar. Then the Bedouin ordered him to give him some of the wealth of Allah that he had. The Prophet (PBUH) turned to him and smiled, then ordered that he should be given something (Agreed upon, Fath al Bari, 10/375)”.

8. For the sake of Allah

Another way in which we can follow the example of the Prophet (PBUH) is by making our anger for the sake of Allah when His rights are violated. This is the kind of anger which is praiseworthy. For example, the Prophet (PBUH) became angry when he was told about the imam who was putting people off the prayer by making it too long; when he saw curtains with pictures of animals while he was praying. His anger was purely for the sake of Allah.

9. Knowing the effects of anger

The negative effects of anger are many. In short, they cause damage to oneself and others. The angry person may utter the words of slander, he may attack others (physically) in an uncontrolled manner, even to the point of killing. Ilqimah Ibn Waa’il reported that his father (may Allah be pleased with him) said to him:

“I was sitting with the Prophet (PBUH) when a man came to him leading another man by a rope. He said ‘O messenger of Allah, this man killed my brother’. The messenger of Allah asked him: ‘Did you kill him?’. He said: ‘yes’. The Prophet asked: ‘How did you kill him?’. The man said: ‘He and I were hitting a tree to make the leaves fall, for animal feed, and he slandered me so I struck him on the side of the head with an axe, and killed him…..’ (Reported by saheeh Muslim, 1307, edited by Al-Baaqi)”.

Extreme anger results in social disasters and breaking of family ties. It can result in misery of children, regret, frustrations, mental disturbance, and a difficult life.

Dua ’a (supplication) is always the weapon of the believer, thereby he asks Allah to protect him from evil, trouble, and anger. One of the dua ‘a of Prophet Mohammad (PBUH) was:

Anger is a part of human nature, and people vary in their anger. It may be difficult for a man not to get angry, but believers will remember Allah when they are reminded and will seek His help and guidance. May Allah guide us to a path of righteousness and make us among His most pious people.