The Secrets of Success: How Our Youth Can Reach Their Potential

How do you figure out your calling and how to be successful in the things you do?

How do you figure out your calling and how to be successful in the things you do?

The Period of Hopes and Aspirations

The period of youth is an age of aspirations and hopes, a time to be happy. This is the time when the future of every young person comes before his eyes in the form of sweet dreams. He begins to think. He makes programs and treasures grand ambitions in his heart. However, sometimes it also happens that a man breaks down right during the time of his youth. Such a person is never able to achieve any of his aspirations, even until the time he becomes old. Sometimes it also happens that, quite unexpectedly, a person obtains much beyond his expectations and all of his sweet dreams become reality. Surely one man’s success and another’s failure are not accidental or without reason behind them. The causes of both must be sought in the very lives of the persons concerned. We can be sure that one who succeeds has started life in a way which assures his success, and one who fails most probably does so due to his own mistakes. It is because he has walked a path that did not lead to his destination.

The secrets of success are not merely one or two; part of their success is due to what they had obtained as a legacy from their parents in the form of internal qualifications, natural traits and intelligence. Certainly, such traits cannot be obtained by making efforts, as they are Divine gifts, which the Almighty God has bestowed upon them for administering their worldly affairs. They will also prove that even though such factors facilitate the development of the youths they are not the sole determinants of a successful life. The actual factors of progress are different and they are such that anyone who aspires to be successful can seek them out easily and use them to his advantage. By adopting such techniques he can certainly become a distinct member of the society, if not one of the most successful persons of the world. Such an achievement is praiseworthy and laudable because there are so many young people who miss the path of success and meet failure in life.

The progress of man mostly depends upon training, zest, struggle and proper programming. We shall now explain briefly the secrets of success illustrating the same by examples from the lives of great men.

One of the causes of success is taking up the vocation to your liking and that which commensurate with your intelligence or mental ability. God has not created all of us alike. We all are not bestowed with the ability to do everything. But, in order to run the society smoothly, He has given a distinct taste and tendency to everyone. It is so, in order that one may take up the profession of one’s own liking or bent of mind, and that, which attracts one; thus deriving benefit from ones natural competence.

Generally one of the causes of young people’s failure and defeat is not following this established rule. As a result of wrong propaganda and faulty training, they go after jobs, which are not according to their aptitude. They take up vocations for which they are not suitable. They forget the accepted principle:

“Every mind has a certain predisposition. Lucky is the one who finds it out.”

I remember that in the years 1951-53 the subject of oil had seized public attention. Every Iranian man and woman was thinking only about oil. The value of oil exports had soared high in the eyes of the Iranian society. This had caused a change in the thinking of the student community. All or most of the students desired to join the oil industry, despite the fact that many of them did not have a natural gift for it. The progress and success of a student gets a lethal blow if he enters a field, which is not in line with his or her natural bent. For instance, if a youth is interested in literature, if his tongue and pen spread literary pearls and he has no liking at all for mathematics, he will definitely not succeed except in the field of literature.

Every child is born with a sign, which shows the field of activity for which he is born. Lucky is the one whose guardians can read this sign in time. Nowadays the talents of the people are ascertained through vocational tests in advanced countries and they are advised to go for the course for which they are most suitable. How nice it would have been if the scientist, along with instruments of measuring temperature and tremors, also invented something to measure the capacity and capability of people and install it in all educational institutions! It would have saved many people’s talents. Here are a few examples of this:

Knowing yourself and your natural aptitude

Our religious leaders have emphasized that we must know and be acquainted with ourselves; that we should delve deep to find out our inner self. Our internal feelings are like a magnet attracting similar things. They store things or events in ‘memory’ so as to bring them out later when needed. Man is able to savour their benefits then. If whatever we learn is in line with our inner aptitude then it is easily stored up in the treasury of our memory and remains safe for a long period.

But if we do a thing, which is contrary to our liking, then our mind forgets it soon. Thus the chances of our success are reduced. One who has ignored his natural aptitude is like one who swims against the currents, or like the one who has entrusted himself to the giant waves which could sweep him away to the other side. Such a man seldom succeeds in his work. In short, when a man becomes aware of his capabilities and knows his liking and then adopts a suitable vocation, he soon becomes successful because he has a powerful inner attraction for the same.

What are your latent capabilities?

Some powers appear at a certain time. An able and expert psychologist can detect them. Sometimes it so happens that a person appears a slow learner in the early stage of his schooling, but the same student proves to be intelligent later on. Obviously, particular conditions are required for the blossoming of such talents. For example, it is said that Einstein, who was a great scholar and mathematician of his time, used to fail in his primary school examinations, but in particular circumstances, his competence came out shining. Sometimes it so happens that an officer appears to be mild and timid for some time, but when the occasion arises, he exhibits such bravery and courage that onlookers become spellbound.

Another example to keep in mind: news reached Malik Shah, the Seljuk King, that the Qaiser of Rome was planning to conquer Baghdad. The Shah moved toward the borders of Iran with his regular army. His Minister Khwaja Nizamul Mulk was once inspecting the forces when he spotted a short-stature soldier. He ordered that he should be brought out of the ranks. He was of the opinion that a man of such a short stature would not be of any use in the army. But Malik Shah told his vizier, “How do you know? Maybe this man captures the Qaiser himself.” Finally, the Muslims were victorious and this particular soldier was the one to capture the Qaiser.

So it may be the environment, and it may be circumstances that allow for these capabilities to flourish and come to the light. It is about harnessing and challenging all your capabilities together and they will eventually come to fruition.

Putting in the effort

The system of the world and every page of human history testifies that everybody’s success is invariably related to his efforts. It takes hundreds of chemical actions and reactions for a small plant to become a big tree and similarly, every living thing naturally knows that its existence depends upon struggle and efforts.

“People say that I am very intelligent. But I am unaware of any such thing. I only know that I am merely a hardworking person.” – Alexander Hamilton, American Statesman and one of the Founding Founders of the United States of America

There are several reasons why our youths fail in their professions. One of the reasons for such failure is lack of continuous effort. The rush of promising youths toward minor organizations shows that they have lost the enthusiasm and longing for great jobs. Consequently, they become consumers of wealth instead of producers. The lives of successful people in history show that they were ever struggling and hard workers, always making relentless efforts towards their goals. Here are a few examples of them:

Let us now consider this. All of us have heard folk tales regarding treasures that lie buried in the earth guarded by huge dragons, and that unless we overcome the dragon we cannot get the treasure. Though some believe it to be true, the majority thinks it is just folklore. But let us think this way: Those treasures are, in fact, the mental or physical capabilities that have been bestowed upon man, and the dragons are the barriers and difficulties, which come in the way of attaining those treasures.

“If I have reached any elevated status, it is only the result of work and effort.” – Isaac Newton 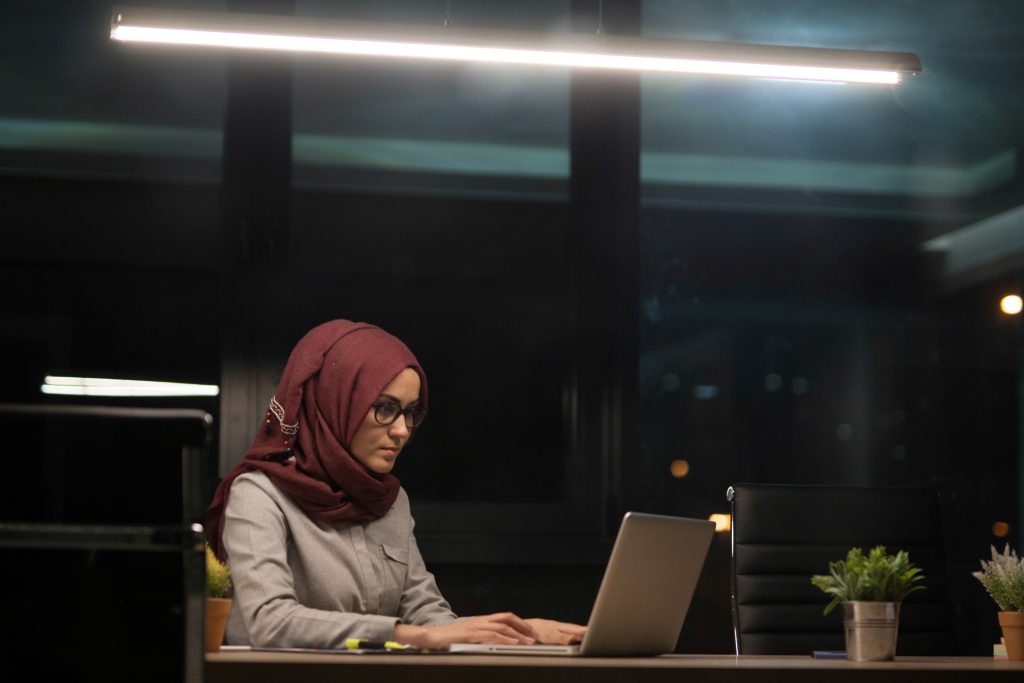