When someone asks you who your role model is, what do you say? Have you ever stopped and noticed how a Muslim leader, let alone a Black female leader is not the first person who comes to mind? This is not a coincidence.

The Black community and minorities have been overlooked and underrepresented for quite some time, and unfortunately nonprofits in the United States are also at fault. According to a study done by the firm Battalia Winston in 2017, 42% of organizations are led by female executive directors, and about 87% of all executive directors are white. Only about 6% of those executive directors were African American, Asian Americans made up 3%, and Hispanics made up 4%.

As we honor Black History Month and reflect back on the past year, we’ve seen that the racial disparity in our nation still exists. The good news is that we’re also seeing more nonprofits look inward at what they can do to tackle that disparity directly, through participating in social justice initiatives, supporting under-resourced communities with sustainable development projects, and much, much more.

Diversity and inclusion have proven pivotal in any company or nonprofit’s overall success. Companies that actually prioritize having a diverse staff are 35% more likely to receive higher returns, according to a study done by McKinsey & Company, a global consulting firm.

So why aren’t more organizations doing it? If you look at Muslim nonprofits specifically, they also have a strong bias because of our surroundings. Islamophobia is a term created because of the idea that Muslims were the sole or leading reason that terrorism and terrorists exist. Muslim organizations then had to be more cautious of who they hired and who they could trust because they themselves were also scared of the effects of Islamophobia and the possibility of perpetuating it.

Zakat Foundation of America is a Muslim humanitarian organization based in the United States. They’ve been around for almost 20 years and are known to help those in dire need all over the world. The organization recently named a Black woman its Chief Operating Officer. Her name is Amina Demir, and she has been recognized for her philanthropic service within the organization ever since she first started as an intern 12 years ago. Her multicultural background inspires her work and gives her a different perspective on life. 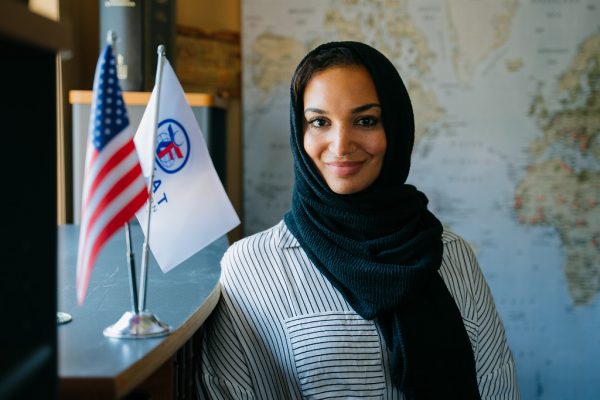 “When you’ve been given a power, and you’re given this kind of responsibility, you must make sure your intention is always pure, and that you’re implementing that power appropriately at all times,” Amina Demir said.

Women currently comprise the majority of Zakat Foundation of America’s staff, and more than 60% of the organization’s leadership are women. Three out of six of the nonprofit’s board members are also women.

Khalil Demir, who is the founder and executive director of Zakat Foundation of America, is a proud father of four girls. Amina Demir explained how growing up, because her father had been surrounded by such strong women in his life, he had a divergent insight compared with a lot of other men he had met.

“His mission has always been to give to those who are voiceless and misheard a chance to be represented,” said Amina Demir as she reflected back on the foundation’s roots. Khalil Demir made that philosophy the root of the organization from day one — using Zakat as a vehicle for social change.

Despite the foundation’s sole mission being to uplift the downtrodden, Amina Demir explained how her new title also comes with new obstacles because she is Black and a woman.

“Sometimes I think about how others would perceive me if I were Mr. Demir’s son,” Amina Demir said.

She talked about how women can be perceived as being more apologetic than men, and she said she feels the need to take on a more masculine aura to get her point across at times.

With Amina Demir’s new role and Zakat Foundation of America’s long-implemented stance on having more female leaders represent the organization, she said she hopes to bring more awareness and change the perspective of other Muslim humanitarian nonprofits that are still behind with the times.

“My relationship with money has evolved a lot throughout my years at the foundation,” Amina Demir said. “I don’t always look at the communities that are always going to help us fundraise the most money. It’s not always about gaining that extra dollar. I always look at the communities that need the most help because that is the correct and important stance to take at a humanitarian organization.

“I hope that men and women will be able to learn from each other’s strengths, and I hope that with my multicultural background, people will see how extraordinary of a lens the Black community and minority community have. We have the power to change the world if we come together.” 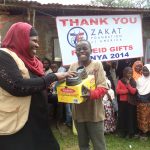 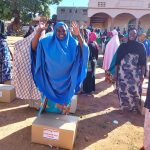 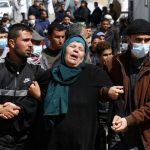