I sat on my stoop and cried. My feelings validated that this sidewalk incident was undeniably racist and that it was based on Jim Crow laws of the American south. 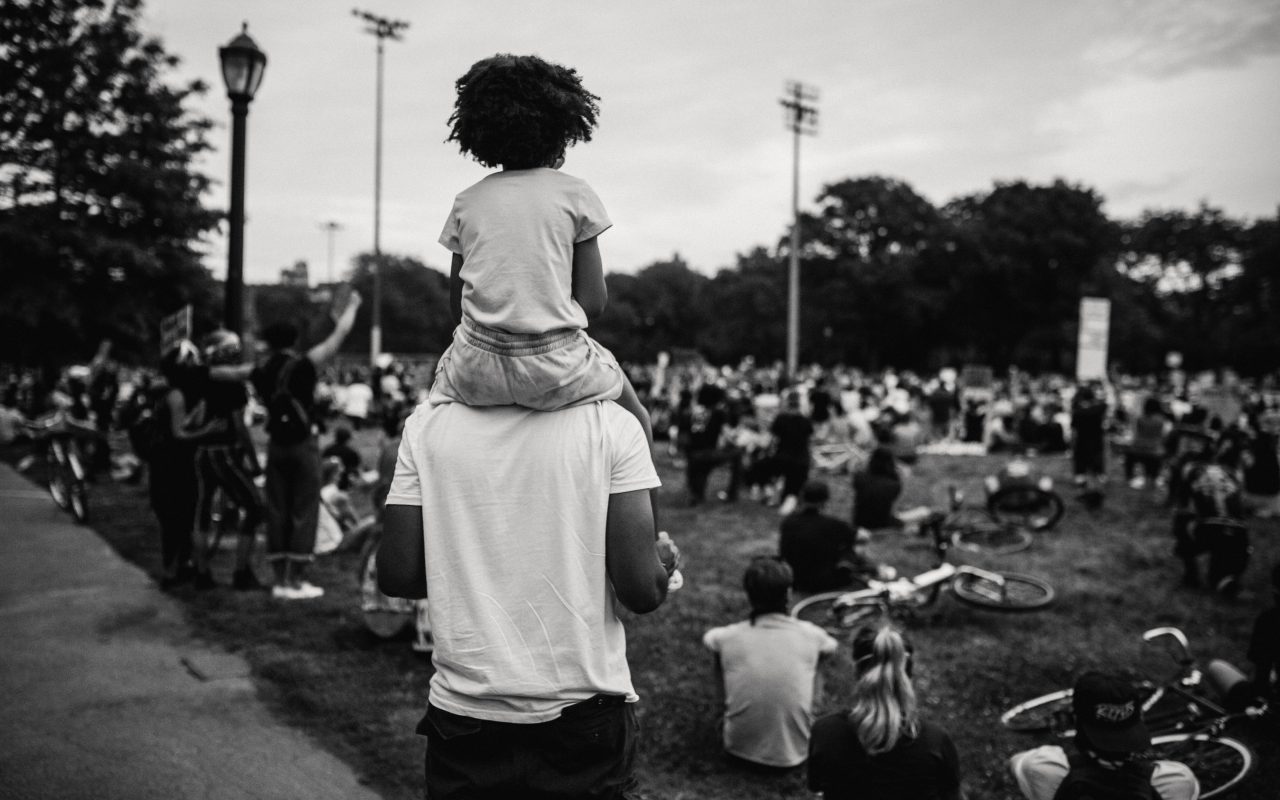 I sat on my stoop and cried. My feelings validated that this sidewalk incident was undeniably racist and that it was based on Jim Crow laws of the American south.

The recent tragic murder of George Floyd has brought the world face-to-face again with the reality of racism in America. In the wake of his murder, we have seen tremendous increased momentum for equal Black civil rights both domestically and abroad, ultimately leading to the most significant civil rights movement in history.

Furthermore, non-Black people are being called to confront — as well as start the process of reforming — their implicit racial biases, complacency in combating anti-Black racism, resistance to admitting their privilege, use of that privilege to further the Black struggle, lack of knowledge of the Black experience, the elevation of white supremacist values, and irresponsibility with positions of power and influence. The pressure of the current racial climate has caused many to evaluate non-Black people’s racist actions, and Black people ourselves have had to confront on deeper levels how racism has affected us, overtly and covertly.

I have educated myself more in the past couple weeks than ever before on racism, its history, its incorporation in the systems that govern us, and how to contextualize my life experiences within the broader framework of racial dynamics. As racist incidents occurred to me in my youth, I could barely understand my feelings about them, much less assign historical context to them or perform academic research about them. The cumulative effect of these misunderstood and largely unaddressed emotions are jarring.

The microaggressions are so common, they have become normalized even in our minds. This emotional buildup leads to internalized detrimental mindsets about our self-image in many cases. As a mother of two young girls, I am intensely aware of preventing that buildup for my children as long as possible.

But they will inevitably face racism in their lifetimes. They already have.

The most recent resurfaced incident happened a few months ago in a mostly white neighborhood we used to live in. I decided one day to take my kids out on the neighborhood sidewalk for my 4-year-old’s first bike ride. It was challenging with two toddlers, but I strapped my 3-year-old to my back with a long baby-wearing wrapping cloth and set out. I noticed my neighbor was up at the end of the sidewalk with his dog. He is a white man, more than 6 feet tall. I saw him see me when I exited my house, and as I proceeded slowly toward him, I noticed that he had not moved. Minutes passed, and I looked up and saw him standing still at the sidewalk’s end, staring at me. I realized he was waiting for me to get closer, and when I did, I said to him, “Are you going to let me pass?”

He told me he was on this sidewalk first, and when I saw him there, I should have gone around or taken another way.

He called me stupid when I did not move at his request. He finally went around me as I stood there in disbelief. He also allowed his dog to come extremely close to my daughter’s ankle as he passed. She was already anxious about her bike ride, and the dog’s proximity disturbed her even more.

I was angry. I knew he treated me this way either because I am Black, a Muslim, a woman, or all three. I knew it was racist. But it took me months to encounter the distinct, historical context for this racist incident.

From restaurants to schools, to everywhere in between, the segregation of Black from white was enforced brutally. This included sidewalks. Violation of Jim Crow laws and “etiquette” were punishable by arrest, beating, or even lynching. Duke University published “Behind the Veil: Documenting African-American Life in the Jim Crow South,” the transcript of an interview conducted in 1994 with Charles Austin Gratton, an African American man who lived in Norwood, Alabama, in the Jim Crow South. An excerpt from the interview is as follows:

Interviewer: When did you first become aware of the fact that there were these conditions, or actually, segregation?

Gratton: Actually, when I got old enough to know myself, to really know I existed. I mean, I was born into this thing and raised in it. I can remember very close in my mind; when my mother would have the occasion to send me to this grocery store I told you about that was approximately a mile away, which was Gratton-20, the only grocery store in Norwood, she would give me instructions before I’d leave home and tell me, “Son, now you go on up to this store and get this or that for me. If you pass any white people on your way, you get off the sidewalk. Give them the sidewalk. You move over. Don’t challenge white people.” And so I was just brought up in that environment.

This is what my white neighbor expected me to do — to give him the sidewalk. Even with a child on my back and one on a wobbly tricycle. I would have had to physically pick up the tricycle off the ground and place it onto the street to go around him. He waited, deliberately, for minutes as I approached so that a decision would have to be made — either his move or mine.

Of course, I am familiar with the Jim Crow era. However, I did not know the Jim Crow context of that particular confrontation on the sidewalk at that time. Months later, we have now moved out of that neighborhood to a more diverse area. I listened to a video about white fragility as I took a morning walk when the narrator casually mentioned: “stepping off the curb in Jim Crow.”

The quote stopped me in my tracks. I was triggered and paused the video, remembering the incident that had occurred months before. I walked back home, sat on my front stoop, and Googled to understand the line I just heard. I arrived at the above quote from Mr. Gratton and the following quote from a publication by Ferris State University:

“In general, blacks and whites could meet and talk on the street. Almost always, however, the rules of racial etiquette required blacks to be agreeable and non-challenging, even when the white person was mistaken about something. Usually, it was expected that blacks would step off the sidewalk when meeting whites or else walk on the walk’s outer street side, thereby ‘giving whites the wall.’”

I sat on my stoop and cried. My feelings validated that this sidewalk incident was undeniably racist and that it was based on Jim Crow laws of the American south. I also was hurt that I was not the only one who was racially assaulted at that moment. My children were, too. My 4-year-old on her momentous first bike ride, and my 3-year-old so young she couldn’t even be trusted to walk. My white neighbor wanted the egotistical satisfaction of seeing me and my two children degrade ourselves by stepping down in his presence. I absorbed that moment for them by just walking on and continuing our walk, but there will be other incidences as they grow up that I cannot digest. After all, we are in the new Jim Crow era.

We often state as Black people that we are not allowed to occupy the same spaces as white people. This has roots in slavery, Jim Crow segregation, and even now at the office when we are relegated to less powerful positions or always complained about by our coworkers to the boss. We feel the need to code-switch our language, obligated to wear our hair or attire in a specific “white-friendly” manner. In the classroom, we often take up less space, limiting our ability to capitalize on our academic experiences fully.

Racist redlining policies restricted Black people to certain non-white areas to live in by limiting their access to bank loans for homeownership, and disparities in employment limited Black people’s access to build and maintain wealth and power. The Black community has been robbed by the very country we made with the violent implementation of segregation laws meant to hold us back from basic human needs.

That’s why humanitarian organizations who are working to bring systemic change are needed and welcomed.

Zakat Foundation of America stands firmly on the side of social justice, honoring humanity and amplifying the voice of oppressed people worldwide. From speaking out to the racial disparity of COVID-19 due to lack of access to proper health care to providing 1.3 million pounds of food aid to communities of color, Zakat Foundation of America has shown not only a commitment to being anti-racist, but also working to change the system built by racism within the United States.

While humanitarian organizations will help change things, change starts from each of us. I need to speak truth to power and tell a part of my story. I am one voice amongst millions who envision a brighter future for Black people in the generations to come. Here is to hoping you can stand up for a bright future, too.

Hakeemah Cummings
Hakeemah Cummings is the owner of CMB Styling, the only modest fashion styling and marketing service of its type in the U.S. She is based in Northern Virginia and specializes in runway styling and presentation for local and international modest fashion brands, as well as photoshoot styling and creative direction. She has worked with hundreds of brands worldwide. In addition to styling runways and photoshoots, Hakeemah also does bridal styling, personal shopping, and closet coordination. While building her expertise over the past seven years, Hakeemah has also built an online community on social media of majority Muslim women to share in the bonds of sisterhood by having meaningful empowering conversations while celebrating Muslim-owned, woman-owned fashion and lifestyle brands. She is a mother of two young girls and hopes to be a woman who is confident in every layer of her identity — someone her daughters and other youth can be proud of.