Here’s an overview of one of the most fascinating historical periods of North Africa and Egypt!

The Fatimid Empire was the fourth and final Arab caliphate that ruled from the 10th to the 12th centuries. Succeeding the Abbasids, the Fatimids ranged from the Red Sea in the east to the Atlantic Ocean in the west, spanning the large area of North Africa.

Here are 9 fascinating facts you didn’t know about the Fatimid Empire:

Unlike the Abbasids who had Baghdad as their capital, the Fatimids made Cairo their capital when they successfully took over Egypt in 969. Cairo became the most important cultural centre in the Islamic world, prospering on the lucrative trade between the Mediterranean and India.

The Fatimids claimed descent from Sayyeda Fatima (SA), daughter of Prophet Muhammad (SAW) and wife of Imam Ali (AS), hence the name Fatimid, and were simultaneously the leaders of the Isma’ili Shi’a sect which gave them the status of Imams.

The artwork of the Fatimid period amplifies the creativity of the craftsmen. Al-Fustat became a major centre for the production of pottery, glass, metalwork, rock crystal, ivory and wood carving. The technique of lusterware on ceramic, founded in Iraq, was revived in Egypt and Syria with some lusterware pieces signed by their makers and wood carving and jewellery was executed with great skill.

The Fatimid Empire often allowed a degree of religious tolerance towards non-Shi’a sects of Islam in addition to Jews, Maltese, Christians, and Copts – with Christians especially given the highest offices in the state and the Copts given the highest financial posts in government.

Although discoveries in astronomy were made in the very early Islamic world, the later discoveries during the Fatimid caliphate were only given little attention; indeed without Yunus, the 21st century understanding of the world wouldn’t be the same. Yunus al Sadafi, born in Egypt, was an astrologer famous for his contribution to the Muslim Lunar calendar. Funded by the Fatimid’s, Yunus created his book, Al Zij Al Hakimi Al Kabir, which was dedicated to Imam al-Hakim – 40 conjunctions of planets are accurately projected along with 30 lunar eclipses. Using Yunus’s calculations, in the 21st century, scientists are able to predict the precise date and time of sunrises, sunsets, lunar eclipses, solar eclipses, high tides, and low tides for countless years to come

7. The Canon of Medicine

Founded in 970, Al Azhar University is amongst the world’s oldest universities and is Egypt’s oldest degree-granting university, renowned as the most prestigious university for Islamic learning. The institution was in honour of Fatima (SA) who was called al-Zahra and was founded as a mosque by Fatimid commander Jawhar al Siqilli when the city of Cairo was founded. The Fatimid caliphs paid much attention to philosophy, inviting many scholars from nearby countries and gathering the finest writing on various subjects. However, these books were later destroyed by Saladin.

9. The pillars of Islam

A pioneer of human sciences, Al-Qadi al Numan began his work as an Ismaili jurist for the Fatimids, quickly rising to the chief judge of the Fatimid state. He wrote many books on history, jurisprudence, and interpretation of Islamic scriptures with his most famous work, The Pillars of Islam, becoming the legal code of the Fatimid state and even today has shaped the 21st-century judicial system.

One source is a PDF from brill.com titled: Christians in the Fatimid Government 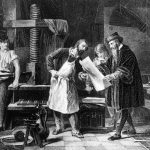 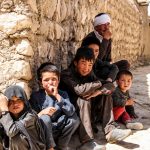