Are you hitting the markets today? 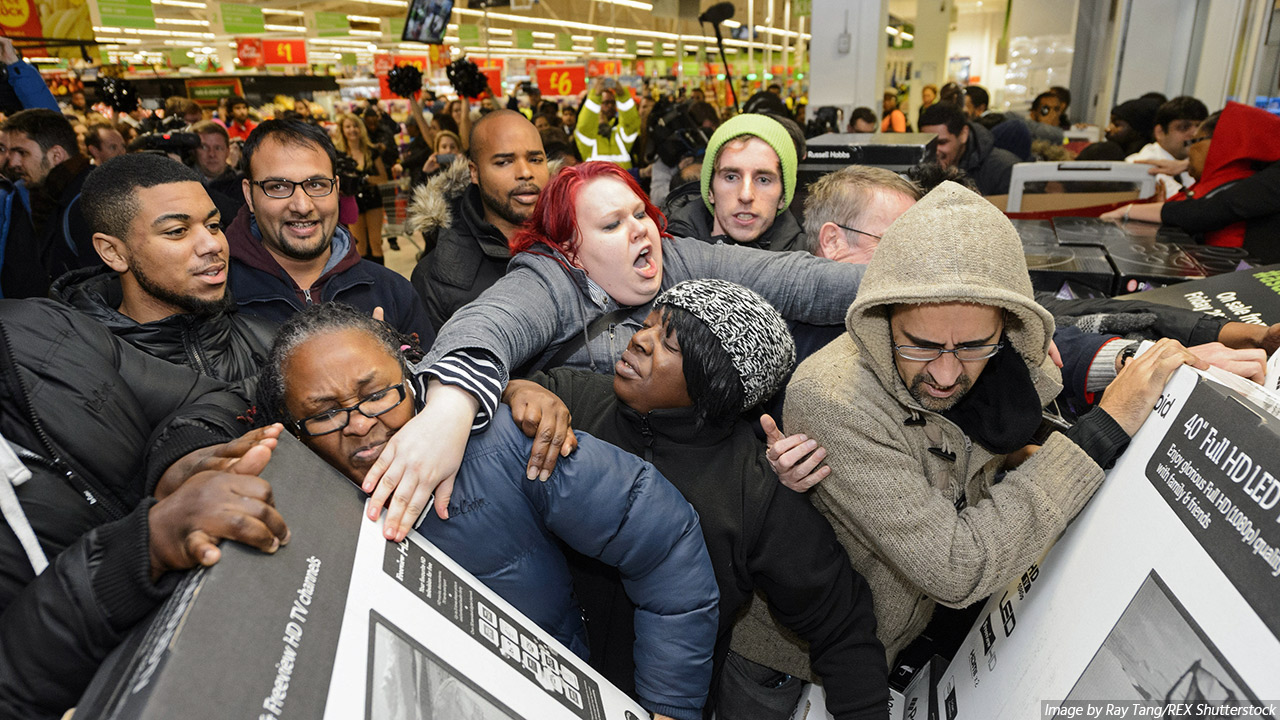 Are you hitting the markets today?

It’s that time of year again; that time when you either batten down the hatches and cling onto your loved ones, or you brave the cold and join the pack as you ransack your way through the post-Thanksgiving sales.

While it started as merely ‘the day after Thanksgiving’ in the USA, Black Friday as a phenomenon has begun to take the UK and other European nations by storm over the past few years, but in the USA it’s been raging for decades. If the American tradition of Thanksgiving means joining your loved ones and thanking God and each other for everything you have, then Black Friday is the tradition of ravenously deciding you need more, and being willing to do anything and everything to get it.

This mostly unofficial holiday (it is a state holiday for those that forgo Columbus Day) has grown in scale and infamy over the past decade, and has taken on a significantly more global image, from Romania to Panama. The event was imported to the UK by two major retailers, primarily Asda (a subsidiary of the USA’s Wal-Mart giant) and Amazon, both generating enough interest in the event for months, with the intention of firmly establishing it in the UK. While the process started in the earlier years of the century, the past three years in particular have been incredibly successful.

In 2014, £1.75bn went through British tills, encouraging heavier advertising in 2015. This heavy commercialisation of a holiday that is not even British has had some incredibly adverse effects. For example, in 2014, Manchester police were called to multiple stores, primarily Tesco, where frenzied shoppers overwhelmed employees who were simply unprepared for the onslaught. Indeed, there’s an entire website dedicated to listing the deaths (that’s right, 7 people have lost their lives) and injuries caused by Black Friday violence. It’s all well and good, and quite fashionable to moan and groan about the commercialisation of our beloved holidays and festivals, but when we reach a point where lives are being lost for a television with Internet capabilities, we need to take a step back and re-evaluate our priorities.

But while this is dreadful, it’s not novel, and neither should it be unexpected. Markets have courted our tendency for pack mentality for as long as they have existed. Before markets were organised, Christmas in the British colonies of the New World passed by with barely a whisper, though not for long. Our desire to keep up with the Jones’ has been manipulated time and time again by market forces to increase profit. This can be used positively – things such as Earth Day are the result of herd behaviour in marketing, for example – but when applied to Black Friday, the results can be fatal. A study conducted by Zhang et al (2014) shows how on a normal day, everything from the path a shopper takes through a shop to their purchase, is influenced by routes taken and purchases made by their peers and by interactions with one another. Scale this up to the numbers we see on a typical Black Friday, and the riot-like scenes we witness are to be expected. It is unfortunate to witness one of our basic instincts as social creatures become such a destructive and dehumanising force.

However, this is not occurring without resistance; in those nations where Black Friday briefly took hold as an American import, it was received with cynicism. Even in the UK, where Americanisms are often accepted with enthusiasm, Black Friday has been scaled back. Asda, the retail giant that dragged it over the Atlantic, withdrew from the event in 2015 after the chaos of 2014 left shoppers injured and food wasted as grocery shoppers ignored the store in favour of slightly less dangerous competitors, and this year, their website holds no mention of Black Friday sales. Of course, even this is somewhat financially driven – stores have realised that a successfully Black Friday does not necessarily mean a successful Christmas season, and customers would prefer a drawn out sales season to a one-off sale.

Commercialisation of religious holidays and festivals is often seen as a distinctly Western enterprise. Who celebrates the Martyrdom of St Valentine of Rome, a man who performed weddings for soldiers and ministered to oppressed Christians? And who acknowledges the Irish origins of Halloween? These days are of immense popularity, and great financial gain, and yet their traditions are lost to us. However, other traditions are not cushioned from the might of the market; those who love Hindi films know Diwali is when the biggest blockbusters are released, and Holi is the perfect time for clubs and bars to throw paint parties.

In the US, Jewish holidays have merely merged with the sales seasons of Christian festivals as a whole, with Chanukah representing the second largest décor sales from US shopping centres toward the end of the year. Eid al-Adha in Dubai can be argued as the most religiously-sterile celebration of the festival, with 17 days dedicated to shopping and tourism with the traditional imagery of sheep, goats, sacrifice and charity side-lined. Otherwise, the festival has done well to resist the mass commercialisation that we see so regularly in Christian and traditional festivals, although, we’ll pretend to ignore the smoky bacon flavoured Pringles on sale during Ramadhan.

The commercialisation of religious and traditional festivals such as Christmas and Thanksgiving are not new to us; Christians, Muslims, Atheists and everyone in between, have lamented after being bombarded with Jingle Bells for the umpteenth time, and we’ve all heard the story that Coca Cola invented the popular image of Father Christmas we know today. But Black Friday is something else. There’s something to be said for a society that tramples a worker to death because they were impatient and eager for a new camera, and who subsequently continued to shop and fight while emergency services tended to the dead and wounded.

Commercialisation is a reality we have all, for better or worse, come to terms with, but this Black Friday is a phenomenon altogether more ghastly. There’s a dark humour in the idea that Black Friday used to be the term used for the Friday before Christmas when drunken revellers would dangerously overwhelm our vital public services and require field hospitals in football stadiums, and yet we have managed to top even that. 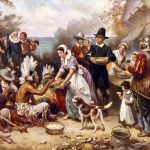 The truth about Thanksgiving, and how we can reshape the future 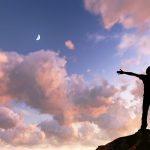 Have you ever pondered your place on Earth and given thanks? 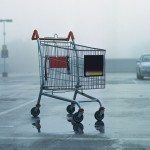