Did you hear about the alien who converted to Islam?

What lessons will Fidy the alien learn on our planet?

What lessons will Fidy the alien learn on our planet?

Yusuf Hussein Marshall wrote a children’s book to combat Islamophobia about an alien who converts to Islam – and plans to send a copy to Donald Trump!

This is the main lesson of The Brother From Planet Drogheda, a kids’ book written in large part to combat Islamophobia with a counter-narrative that explores the day-to-day lives of Muslims from the perspective of an alien- but then, who views whom as an alien?

A young inventor on Planet Drogheda named Fidy (borrowed from the Arabic word for “alien”) is curious about the book he keeps hearing being recited on a “blue and green planet” (our Earth, not surprisingly) and decides to go to investigate. (Spoiler alert: It turns out it’s the Qur’an.) He crash-lands in a country called “Turkey” and starts to learn more about it, but what will he do with this new knowledge?

The book is only about forty pages long (and is, in fact, available here as an Amazon eBook!), but tells an unexpected and original story. 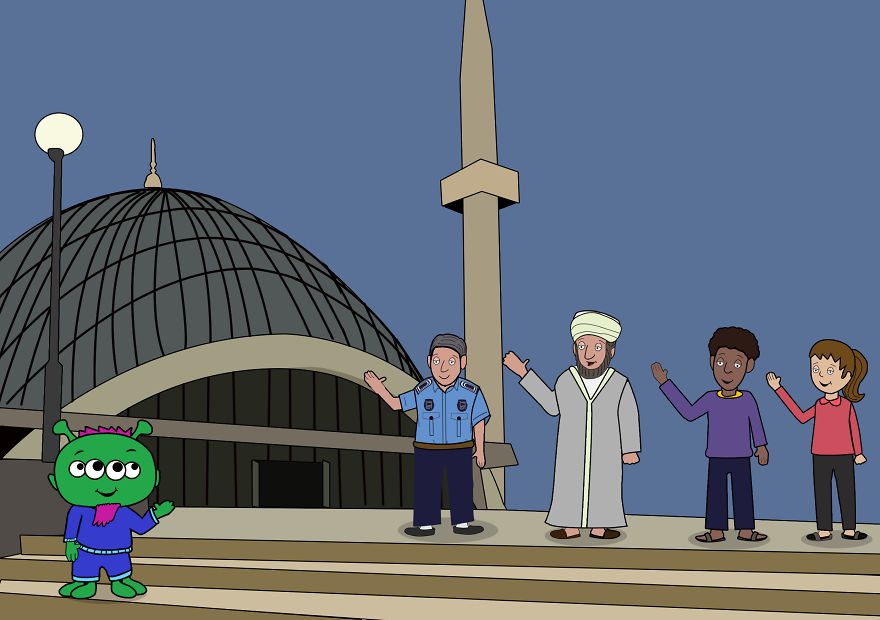 “The book is meant to show, in a way that kids can understand, what Islam is really about,” says Yusuf Hussein Marshall, himself a convert to Islam. “It’s not a harsh set of rules, it’s a few simple principles, it’s respecting the rights of others. I used to tell people that I felt like an alien after converting to Islam, and then I said, hey, that would make either a really good- or really bad- kids’ book,” says Marshall. “A half-serious statement turned into an actual story. We as Muslims really need to experiment with new ways of understanding who we are and communicating it to the rest of the world. I’ll even send a copy to the President as a gift, insha’Allah,” he adds. 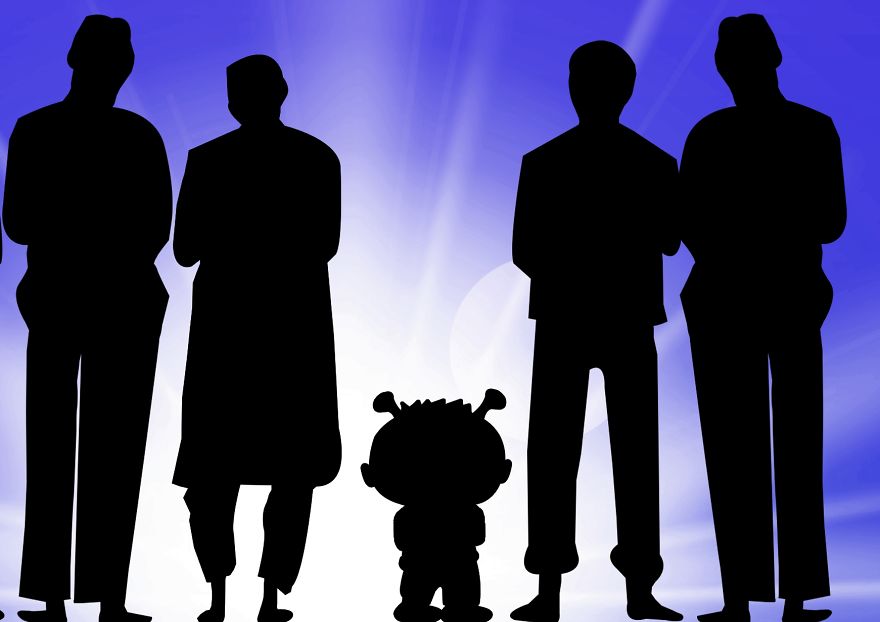 The name of the book is a subtle message of interfaith friendship – the name for Planet Drogheda is actually borrowed from Drogheda, Ireland, a town where Turkish ships sent by the Ottoman Sultan Abdulmejid arrived with aid during the Irish Potato Famine.

The book does not really conform to any one sect or school of thought and is meant to be an inclusive piece. It is not afraid to explore some pretty intense themes, like race (Fidy thinks it’s ridiculous that we make such a big deal about it here on this planet), slander, tradition and culture versus belief, etc. but in a straightforward way that- hopefully- will make sense to readers of all ages.

What lessons will Fidy learn on our planet? Will he return to Planet Drogheda, or stay here?

by Alex Hill for Bored Panda