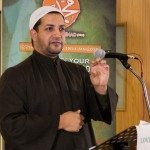 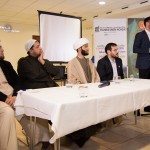 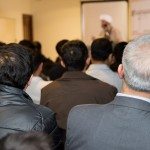 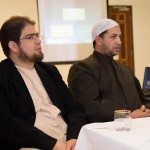 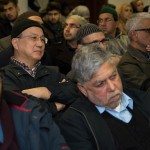 To many, he is an ordinary man, raised as an orphan, and later worked as a merchant and shepherd. This man, in his ordinariness, launched a spiritual revolution that has spread across the world, and is still spreading. His name is Muhammad (PBUH), the Holy Messenger of Islam. For many years now, scholars and lecturers constantly advise us to unite with our Sunni or Shia brothers and sisters. Our Holy Prophet said on mount Arafat:

“All the people of the past and present are similar and equal like the teeth of a comb, and no Arab is having preference over non-Arab nor the white over the black. The standard for Excellency is piety and fear of God.”

Even-though the call for unity has become more prominent, as Muslims still attend our own events within our own mosques, separated from Muslims of other sects. 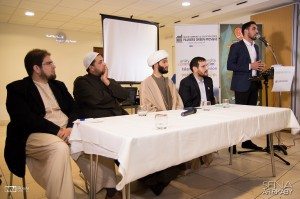 On Friday the 9th of January, three UK organisations; Innovative Muslim Minds (IMM), Shabab Al-Sibtyan (SAS), and Love Muhammad, joined the brothers and sisters of Muslim Community and Education Centre (MCEC) at Palmers Green Mosque. The Sunnis and Shia came together in memory of our beloved Messenger’s birth anniversary, aiming to follow one of the verses in the Holy Quran which states;

“O mankind! We created you from a single (pair) of a male and a female, and made you into nations and tribes, that ye may know each other (not that ye may despise (each other).” (49:13).

[pullquote]We should accept one another and become one Ummah[/pullquote]The event entitled ‘Reclaiming the Prophetic message’ was very inspirational as the panel of speakers Brother Salah Ansari (Imam at MCEC), Sheikh Jaffar Ladak, (Resident Alim of Hyderi Islamic Centre), Talat Sheikh (founder and trustee of MCEC) and Mustafa Field (founder and trustee of Love Muhammad) discussed the beauty of Islam, and how all Muslims “Strive to become like the Holy Prophet’s character, as our Holy Prophet is a mercy for mankind.”

Brother Salah reminded us of our Holy Prophet’s character, how he tolerated and respected many people, no matter who they were, “and we as Muslims should remind ourselves of our Prophet’s values, in this specific time, with the political situation around the word, we should accept one another and become one Ummah”.

[pullquote]We will only be able to educate non-Muslims of the truth of our religion in strength of unity and a united voice.[/pullquote]This event is a stepping-stone to creating a broader thought process, which is what Islam currently needs. Saqibah Sheikh (MCEC Trustee) eloquently explained the importance of unity; There is no better time than the present for Muslims to come together, regardless of race, madhab (school of thought), culture or background to demonstrate what Islam really stands for.

The current events, the terrible actions and the killings in the name of our religion, have given Islam a very negative image; an image that couldn’t be farther from the truth. We must come together and promote what we learn from the sunnah of our Messenger (PBUH) – kindness, tolerance, humbleness and good nature. We will only be able to educate non-Muslims of the truth of our religion in strength of unity and a united voice.”

The wars taking place in Syria, Iraq, Pakistan and many other countries is only dividing us as a Muslim Ummah, events that share our common religious belief is the way forward, in order for us all to follow the path of Muhammad the Holy Messenger.

Sheikh Jaffar Ladak, stated that even though Muslims from both schools of thought aim to unite, there is always opposition by a small minority. He added that however, this specific event “The Holy Quran says that ‘He who partakes in a good deed Allah (SWT) will reward him thereof’, so the fact of the matter is we established something here and every other generation that partakes in it will all be blessed.”

Brother Muhammad Alkhzraji (SAS trustee) explained that the organisations “Wanted to celebrate our Prophet’s birth by uniting in line of the Message he conveyed, for he has conveyed to us that which God commands us to do, and Insha-Allah we will follow the verse in the Holy Quran which reads:

‘And hold firmly to the rope of Allah all together and do not become divided.’ (103:03)

However much we would like to believe the Muslim religion is one, in reality we are divided into many sects, because we do have differences, and differences are not wrong, as long as we remain united in our faith in Allah (SWT) and Islam. As Sheikh Talat stated “We should always accept our differences and we are promoting to not look at the differences, but at the commonality, because we have many.”

MCEC work with many sectors within the community to make sure Muslims are represented at every level in England, and “to insure that this is our land our country and our nation, we are part of this nation – yes we have a different religion, but this is part of human race, there will always be differences.” 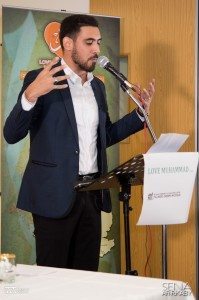 IMM, SAS, Love Muhammad, and MCEC have had many interfaith events in the past. MCEC and Love Muhammad recently teamed up with the Jewish and Christian community in order to provide food and clothing for the homeless. Talat Sheikh believes that “many centres are inward looking, however the majority of people who attend Palmers Green Mosque reach out to the wider community”, yet this was the first time Muslims, both Shia and Sunni organised an event together.

Sister Saqibah Sheikh stated, “This event is the first event that I have ever been to where Shia and Sunni Muslims have come together. This fact in itself shows how uncommon this meeting is. It is time to change this. We are all Muslims and we need to understand each other and show solidarity.”

In order to achieve the unity between Muslims, especially with the events taking place around “The world, with terrorists carrying out atrocities in the name of Islam, we need to promote more future events to bring Muslims together to discuss the impacts of the terrorists actions on our community, on our children, and on our world. We cannot let the few fanatics damage the reality of our deen (religion)” as sister Saqibah Sheikh expressed.

The essence of unity was manifested with the beautiful recitation of the Athan for Isha Prayer; all of us – old, young, male, female and people of different schools of thought – followed each other to congregate in prayer. Brother Salah led the prayer with all of us Shia and Sunni standing in line, all praying to the All Mighty. It was heart warming to see all Muslims stand before Allah (SWT).

This type of spirit is needed in order for us to go forward to tackle all kinds of extremism and sectarianism. It was beautiful.

Say No to Violence: Love Notes From The Mawlid