The franchise of superhero movies will be with us for some time to come, with Marvels Studios constant release of films with a plethora of superhero characters at their disposal. It seems DC Comics wants to cash in on the big money to be made from converting comic book characters into film franchises too. Suicide Squad is part of a DC world of films inhabited by Superman, Batman and Wonder Woman, seen earlier this year in the blockbuster; Superman V Batman: Dawn of Justice (2016).

The films plot revolves around a rescue mission however, this rescue mission is to be conducted by some of the worst serial killers, assassins and ‘bad’ people that live. They are so bad they are locked up in one of the most secure and secret prisons in the US; many of these villains either have superpowers, or are highly skilled in killing people. But how do we, the audience, watch such deprived personalities with our own moral compasses, and end up ultimately rooting for them to win?

This is the part where film psychology comes in; it turns individuals who are so bad, that they are locked up for life in high security prisons, into individuals that the audience can identify with and eventually wish for them to succeed. Firstly, these individuals, like every normal person, must be shown to be funny and have a sense of humour. It is very hard not to connect with people that make you laugh, and it is even harder not to like someone when they are funny or can demonstrate humour.

Secondly, most of these individuals, like Deadshot (Will Smith), have a deep appreciation of family and love; Deadshot loves his daughter so much that he stops fighting at her request. Another psychotic individual with a strong lack of moral compass and taste for violence is Harley Quinn (Margot Robbie), and yet the audience is directed to like her, because of her sexual persona demonstrated throughout the film, her witty one liners and by the strong love she feels for The Joker (Jared Leto).

By using psychology, the film maker’s draw the audience into liking, and then cheering on, these psychotic villains to fight and overcome an even bigger evil that threatens to ruin the world and the lives of every person on the planet. Since these villains are fighting the greater evil, they automatically become the good guys.

A problem arises with films like this for the untrained mind, posing questions on the definitions of abnormalities and evil, causing the minds of the youth to accept it all as normal and good. A psychopath that kills and hurts others, or an assassin that murders for money, have been turned into heroes and the saviours of a fragile world. Not only does this confuse young people into seeing the world in very warped perspective, but it makes evil ideologies and misguiding politics normal. Do we want our youth to be raised thinking that it is acceptable to kill, to hurt and to destroy in the name of greater good?

At one point, Amanda Weller (Viola Davis), a US government agent who heads the special task force is asked by Harley Quinn: “Are you the devil?” to which she replies, “Maybe.” What does this say about those people who are charged with looking after our societies, to maintain the security and justice in our countries? Amanda Weller at one point kills several innocent FBI agents with her own hand gun because they worked with her in her command centre room, but were not authorised to know classified information. When innocent individuals are killed so easily on the screen, why are we surprised when the law enforcement in our countries act in a heartless and authoritarian manner? Do we want a generation of youth to believe those in power and authority don’t take issue in being called the devil, and will do whatever it takes for them to achieve their goals, with a great deal of morality missing. What is the justice we seek built on?

Technically this film has it all, action, special effects, editing, quick pace and adventure. But I felt as though this film morally drained me, and tricked me into sitting through two hours of cinema, wishing the murderers, assassins and the psychopaths of the film to win and not end up killed. I find my moral compass complete spinning and no longer pointing North.

Suicide Squad is one of many films to come out of the Hollywood studio system that reinforce ideologies that will do more harm than good to the youth. 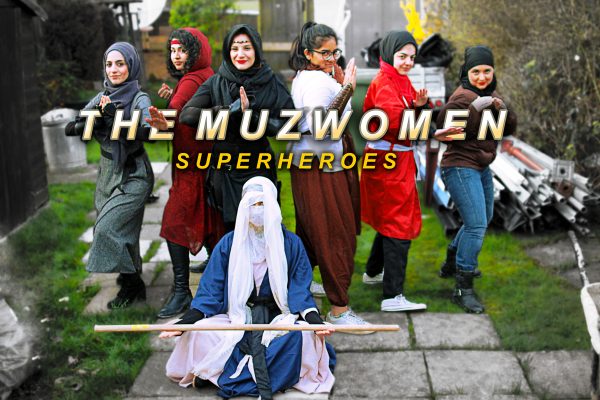