Resurrection: Ertugrul Is The New Standard for TV (review)

It is a beautiful reminder of how we are directed to act, speak, and even think as Muslims.

It is a beautiful reminder of how we are directed to act, speak, and even think as Muslims.

Resurrection: Ertuğrul (Diriliş: Ertuğrul) is a historical Turkish television series. The show explores the history of the Oghuz Turks and the Muslim world before the establishment of the Ottoman Empire. Two seasons of the show are currently available on Netflix.

The show challenges the mainstream view of Islam. It is a genius tool to help Western society understand a part of Islamic history along with the values and principles of the religion. It even shows that not every person who looks and acts Muslim holds the same values in their heart.

The show’s opening scene, as well as much of the plot, takes place in the Kayı tribe, a Turkish nomad tribe led by Suleyman Shah at the time. During a regular hunting trip, The son of the leader of the tribe, Ertuğrul, cross paths with prisoners who were taken captive by the Templars.  In this scene, the strength and fighting skills of the Turks are revealed. By their skilled fighting, they were able to overcome the Templar soldiers and rescue the prisoners, bringing them back to their tent.

The Poor Fellow-Soldiers of Christ and of the Temple of Solomon, also known as Templars in the show, were a military order of the Catholics set into place in the year 1139. The story shows us their motives to recapture Jerusalem by starting a new Crusade. Since much of the land on the way to Jerusalem was occupied by Muslims at the time, their main strategy was the disruption of the Muslim world. They decided the easiest path to dominance was to make the Muslims fight another. Thus, they met with corrupt leaders in secrecy and placed spies in communities that posed threats to their goal. The Templars are enraged as they realize their prisoners were freed. Once they narrow their search of the culprit, they pinpoint the sons of the Kayi tribe, They force their pawns in the Muslim to pressure the return of the prisoners. Nevertheless, The Kayi tribe refuses to do so… but little did the tribe know that these events would reveal bigger issues involving the entire Muslim world.

Historical Context: Jerusalem and the Mongols

Jerusalem was in the hands of Saladin, a founder of the Ayyubid dynasty. It was previously the Latin Kingdom of Jerusalem which was established in 1099 after the First Crusade.

In the year 1187, the Kingdom was mostly in the hands of Saladin. This caused Christian leaders and Kings to push for a new crusade, which was called the Third Crusade or the King’s Crusade. The Crusade ended by a signed treaty, allowing unarmed Christians in the city. The failure of the Crusaders during the 3rd Crusades caused the many more attempts to capture the Holy City. 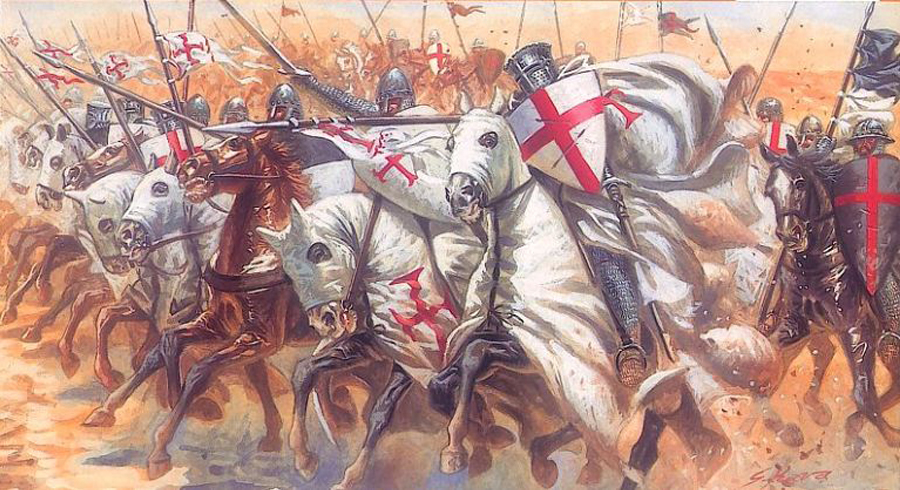 The show explores themes of deep corruption, minor error, growth, strength, and faith. There are many religious and moral values captured within each episode.

In the first episode, we are reminded of Imam Ali ibn Abu Talib and the Zulfiqar while Ertuğrul is helping the blacksmith craft a sword. This was foreshadowing that Ertuğrul was going to be a warrior faithful to Allah and the cause of Islam. There is also a reference of Karbala later in the series of how one must accept their fate for standing against corruption, just as Imam Hussain ibn Ali and his followers did so.

Many references to the trials of the Prophets and their reliance on Allah are mentioned along with prayers. The optimism is shown as they hope Allah will help the tribe too if He wishes. There are also stories told of our beloved Prophet and mentions of Allah’s mercy.

“The same God that turned Ibrahim’s fire into a lake will have mercy on your fire too.” – Wild Demir

Overall the show provides excellent examples and models of Islamic rules and values. It even forces us to examine if we are upholding these values ourselves. It is a beautiful reminder of how we are directed to act, speak, and even think as Muslims.

Resurrection: Ertuğrul is a good show all around. Packed with faith values and reminders along with interesting history lessons, it will surely become your new favorite show.

Lexi Noor
Lexi is a seeker of knowledge

Black Panther and the Positive Portrayal of the CIA