What may strike those new to MMA, is the diversity of the sport. All around the world, different people have formed martial traditions, steeped in strong moral values. For many Muslims, the art of wrestling is most dominant, where it is not just seen as a popular sport but can be seen as an act of religious observance.

What may strike those new to MMA, is the diversity of the sport. All around the world, different people have formed martial traditions, steeped in strong moral values. For many Muslims, the art of wrestling is most dominant, where it is not just seen as a popular sport but can be seen as an act of religious observance.

Religion, at least generally, values piety and humility. This doesn’t lend itself to entertainment.

While it would be wrong to say religious people don’t get involved in such pursuits, or aren’t rambunctious and loud, it is not exactly surprising that religious people as a group are underrepresented in Hollywood and entertainment.

Growing up, many of us will remember consuming different fight-themed content. Boxing, the sweet science of punching each other in the face, was and remains huge. For a time, K-1 kickboxing also surged. Traditional East-Asian martial arts were also popular, through kung fu movies and shows like Dragon Ball Z. Power rangers were a smash amongst young boys and WWE, with its dramatized combat and over-the-top storylines, became a schoolyard staple. One can still recall the legions of boys RKO’ing each other at recess.

The question that many asked at these times was what was the ‘best’ martial art? What was the purest and most effective form of fighting? That was the premise of the now-legendary UFC 1, an event people responded to with enthusiastic interest. Today, the art of fighting or Mixed Martial Arts (MMA), is a worldwide phenomenon.

What may strike those new to MMA, is the diversity of the sport. All around the world, different people have formed martial traditions, steeped in strong moral values. For many Muslims, the art of wrestling is most dominant, where it is not just seen as a popular sport but can be seen as an act of religious observance. Today these art forms are thriving through their display in the most popular sport in the world.

Where the values of humility, piety, and conscientiousness led religious people to have an arguably negligible cultural presence, today they have again thrust themselves into the spotlight. For Muslims, who are often mischaracterized due to the noisy actions of select deviants, it presents an opportunity to show a different perspective on our faith: one that demonstrates the universal positive aspects of religion. Some may argue that the promotion of violence is negative, yet fighters often begin training to avoid such violent lifestyles, and the debate around its use in sport remains something discussed at length.

Many people are familiar with popular fighters like Zabit Magomedsharipov, Khabib Nurmagomodev, his training partner and soon-to-be successor Islam Makhachev, or the bright new phenomenon Khamzat Chimaev. But they may not be aware of promising up-and-coming prospects who deserve recognition, and for Muslims who seek better representation that is in line with our religious views, our support. Fighters don’t have the traditional avenues of development that other athletes have, yet take on significantly more risk. That’s why we should rally around them.

Below I have compiled an incomplete list of fighters that we should be excited about, and that may contend for a UFC title in the near future:

Fiziev is a Kyrgyzstani / Azerbaijani lightweight fighter with an incredible striking pedigree, being the head striking instructor at the world-famous Tiger Muay Thai in Thailand. With a number of kickboxing fights, and coming off an impressive performance against knockout artist Marc Diakese (where he showed an impressive grappling game and collected a few more matrix-like highlights), Rafael is a promising contender for the belt in one of the UFC’s most competitive divisions. Check out some of his insane highlights and you’ll get an idea why. He will be fighting proven UFC veteran Renata Moicano this Saturday, December 12th on the main card of UFC 256. It’ll be his coming out party so don’t miss it!

Haqparast is a German-born Afghan fighter who trains with the world-famous coach Firas Zahabi. An impressive striker with a well-rounded game, Haqparast is a promising prospect in the 155-pound division, where he is just coming off a dominant victory against Alexander Munoz. He is likely to fight fellow exciting prospect Arman Tsarukyan in January.

Ankalaev is a Dagestani fighter with an impressive wrestling game, proven striking, and knockout power. Fast, powerful, and technically proficient, Ankalaev is one of the most promising prospects in the light heavyweight division, where he just came off of a 1st round knockout against Ion Cutelaba. Many expect Ankalaev to rocket up the division’s rankings soon.

Murphy is an English fighter based in Manchester, fighting in the 145 lb division. Undefeated with a recent TKO victory against established opponents, Murphy is an exciting game fighter who has shown real promise and the makings to be a serious contender for the belt.

While not yet in the UFC, Mokaev is an English fighter of Dagestani heritage who has racked up an incredible amateur MMA career, being a 4-time world champion in the world’s premier amateur MMA organization. With an established game at only 20 years old, Mokaev may soon be lighting the world of MMA on fire. 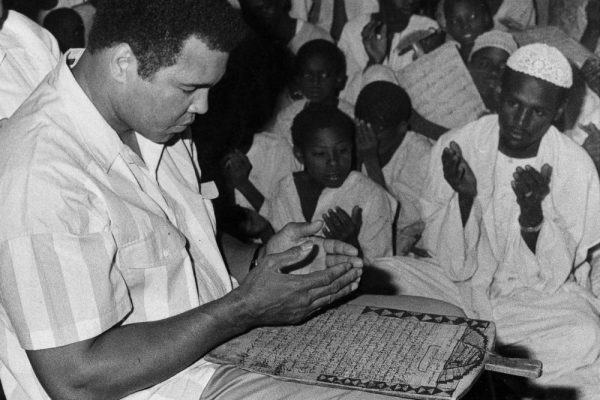