(This piece was originally posted on Zaynab’s blog: Something to Declare)

Visiting any place gives you an insight into that country but with Palestine (West Bank) there was added importance in seeing a country that often dominates the news. Palestine offers so much beyond the violence, oppression and politics that has unfortunately become we people associate with this country. Palestine is a a truly beautiful country with a rich history, kind people and stunning terrain that has something to offer nearly any tourist who is willing to look beyond the headlines. This post will hopefully showcase a positive side of Palestine (West Bank) that people rarely get to see.

Here is just a snippet of some of the amazing things we saw in Palestine (West Bank) in our three weeks in no particular order.

If this list has got you wanting to Visit Palestine then check out our Palestine section.

Jerusalem can be a very tense place, with heavily armed Israeli soldiers and citizens everywhere, but Haram esh-Sharif (Temple Mount) was surprisingly one of the most peaceful places we have ever visited. Encased in a large square with kids playing football, family picnics, newly engaged couples walking hand in hand lie the dome of the rock mosque and the al Aqsa. The experience of hearing the adhan bellowing out over the square from the mosques is indescribable and could probably move even the most skeptical cynics. I could have stayed there watching the world go by for hours on end. Muslims visiting must be dressed appropriately.

The cafe game is on point in Palestine.

If revolutionary and literary cafes are your thing then the bar has been raised in Palestine. 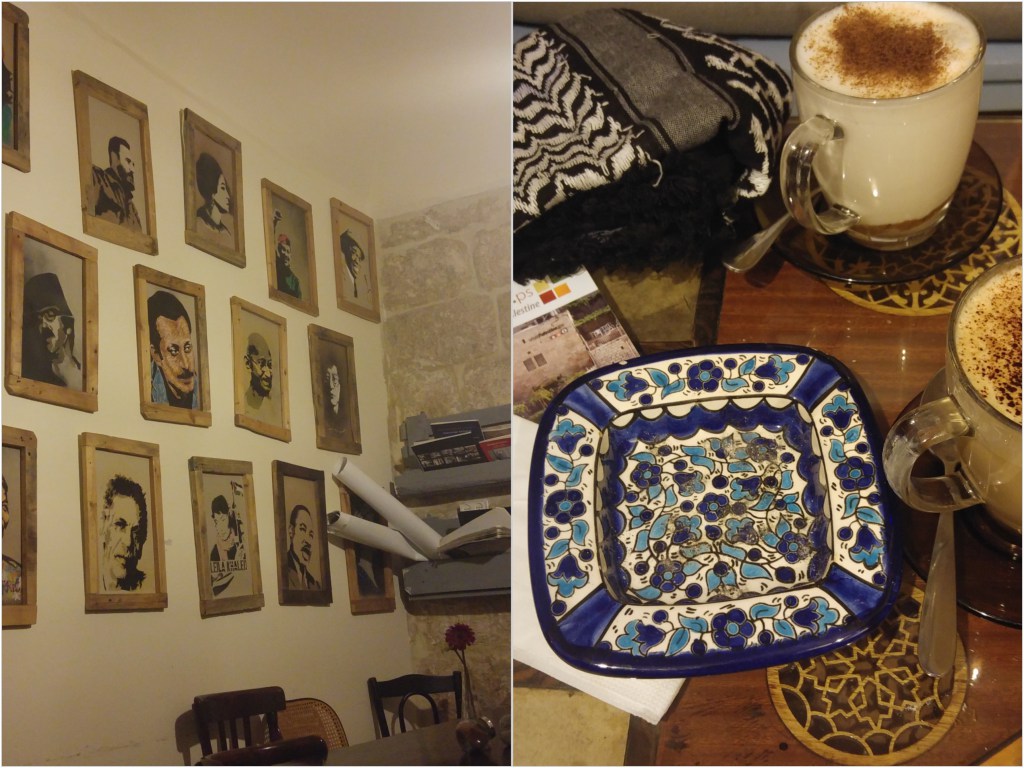 Or, Alternatively if you are missing your quick coffee fix then the tongue in cheek Stars and Bucks is the place. This is no cheap imitation of the original, just a cheeky jab at the capitalist icon.

We currently live in Jordan and Jordanians and Palestinians share a lot of culture (Jordan is made up of about 50% Palestinians). You would think that the food would be similar too but no! From the breakfasts (shakshouka levels: expert) and the shawarma was so good it officially converted me to the chicken school of thought in the heated chicken vs lamb debate. The street food was amazing and consistent and since returning to Jordan I am just constantly wishing I could go and grab a shawarma wrap of amazing Palestinian breakfast. 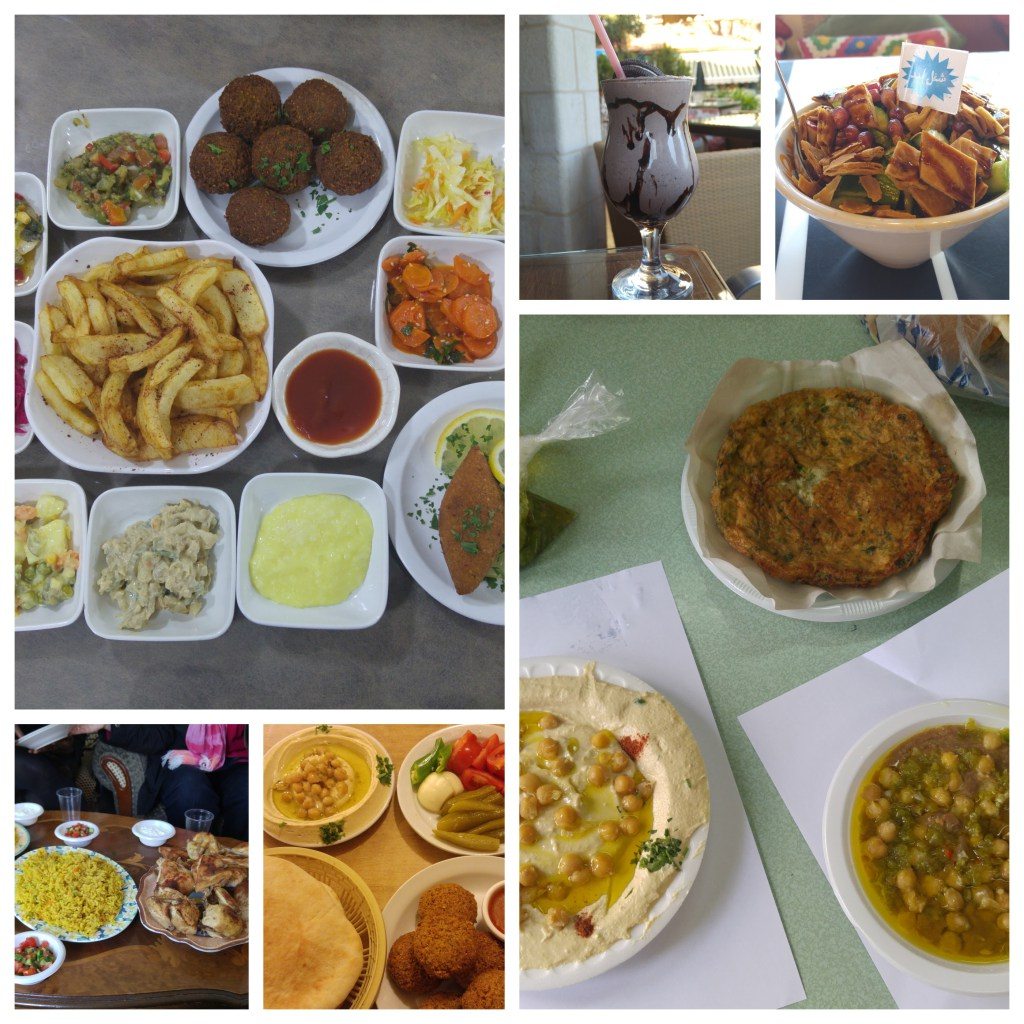 Nablusi knafeh, I kinda hate you because how the hell am I going to go back to eating what I previously considered divine Amman knafeh now that I’ve tasted you?! I was happy in my limited knafeh exposure but you’ve unleashed this snob that will now be like “ya habiba knafeh ya badeekh” and that’s not cool because you are essentially unattainable with your 6 hour Israeli border considerations. They do say Ignorance is bliss.

5. Learn about the Samaritan Religion in it’s People in Palestine

“The Samaritans are adherents of Samaritanism, a religion closely related to Judaism. Samaritans believe that their worship, which is based on the Samaritan Pentateuch, is the true religion of the ancient Israelites from before the Babylonian captivity, preserved by those who remained in the Land of Israel, as opposed to Judaism, which they see as a related but altered and amended religion, brought back by those returning from the Babylonian captivity.

The Samaritans believe that Mount Gerizim was the original Holy Place of Israel from the time that Joshua conquered Israel. The major issue between Rabbinical Jews (Jews who follow post-exile rabbinical interpretations of Judaism, who are the vast majority of Jews today) and Samaritans has always been the location of the chosen place to worship God; Jerusalem according to the Jewish faith or Mount Gerizim, in Nablus according to the Samaritan faith.” 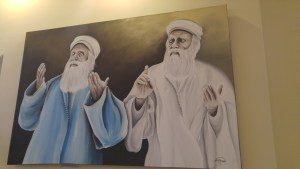 As of today there are only about 770 Samaritans in the world and most of them are in Nablus. They hold Jordanian, Palestinian and Israeli citizenship and believe in peace and helping the Palestinian cause. You can visit the Samaritan village in the mount Gerizim area of Nablus which has a very informative Samaritan museum where you can learn more about this ancient religion.

6. The church of Nativity

It was a truly wonderful and peaceful experience being able to visit the church of Nativity in Bethlehem during Easter though visiting any time of the year is an experience. Bethlehem offers views over the surrounding villages and cities and its streets and squares are paved with old stone and beautiful traditional shop fronts. Be sure to also visit Beit Sahour, 15 minutes away from the centre of Bethlehem which has its own old town and quaint atmosphere.

Mahmoud Darwish was an award winning famous poet and source of pride for Palestinians and Arabs the world over. His writings on identity, dispossession and exile resonates with Palestinians as well as people around the world living in the diaspora. The museum in Ramallah is set on a beautiful hilltop overlooking the city and houses many of Darwish’s personal artefacts and original extracts of his poems. 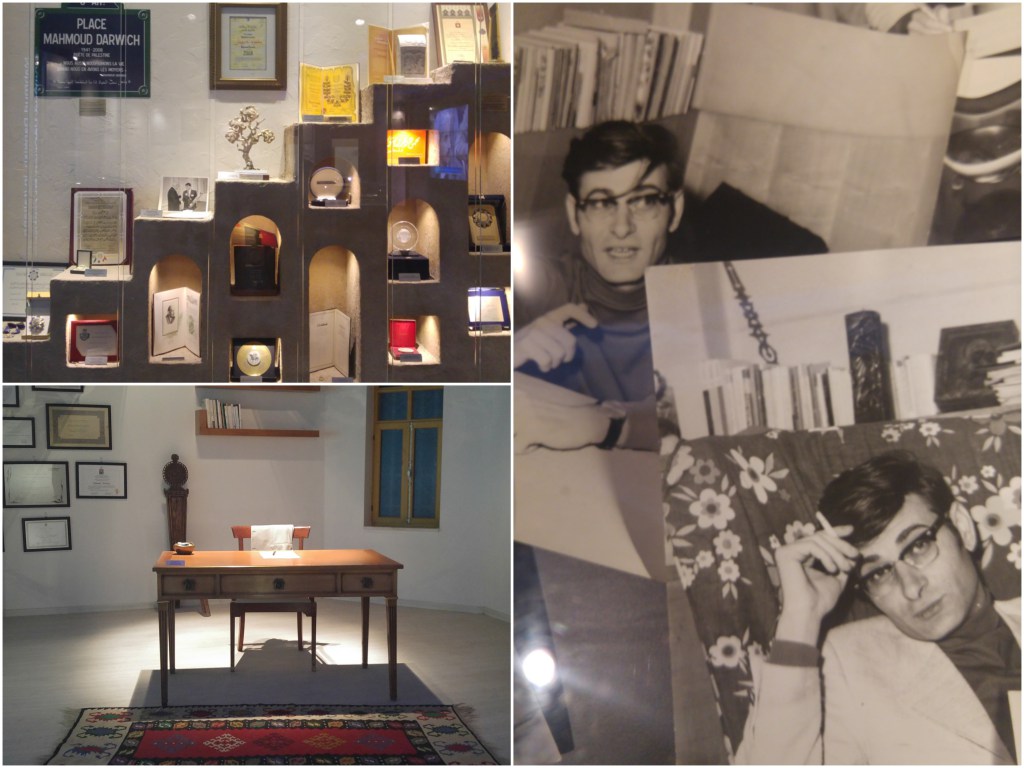 Some of my favourite quotes by the man himself.

“If the Olive trees knew the hands that planted them, their oil would become tears”

“We have to understand – not justify – what gives rise to this tragedy. It’s not because they’re looking for beautiful virgins in heaven, as Orientalists portray it. Palestinian people are in love with life. If we give them hope – a political solution – they’ll stop killing themselves.”

8. Jericho, at the Edge of Palestine

Jericho is located on the banks of the Dead Sea and is considered one of the oldest cities in the world. It is famous for the Mount of Temptation where Jesus was tempted by the Devil. You sometimes feel you are on a walking tour of the Bible when in Palestine. The cable car goes up to the Mount of Temptation with a lovely cafe with stunning views of Jericho and beyond. 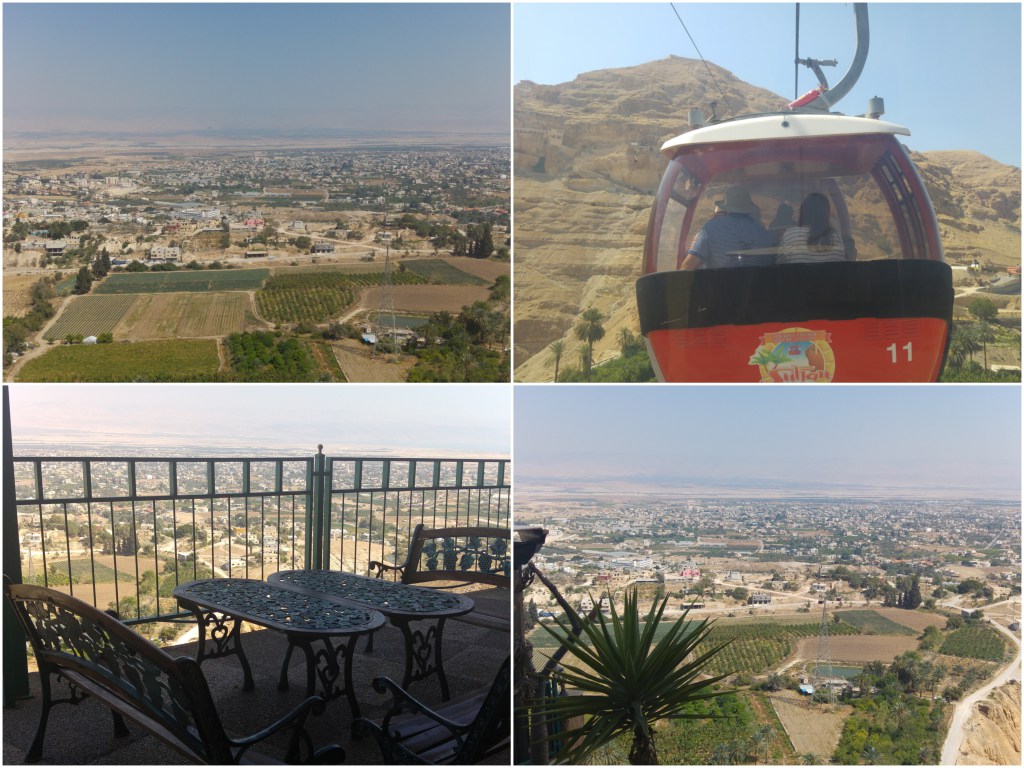 Yes Palestine has a cable car (I was shocked too) and it’s a damn good one as well. It is a shame that this city is barely an hours drive from us door to door but it will actually take up to 6 hours when you take into the arbitrary Israeli Border process.

I would firstly like to apologise to Nablus because when I was planning our Palestine (West Bank) trip I did not give you enough credit or time in our Itinerary for you. Nablus is one the best places I have ever been too. My dream is to go and visit the old city in Damascus and they say Nablus is modelled on Damascus. Seeing Nablus makes me want to visit Damascus even more. It is a stunning place with one of the most beautiful Old Towns I have ever been fortunate to visit. 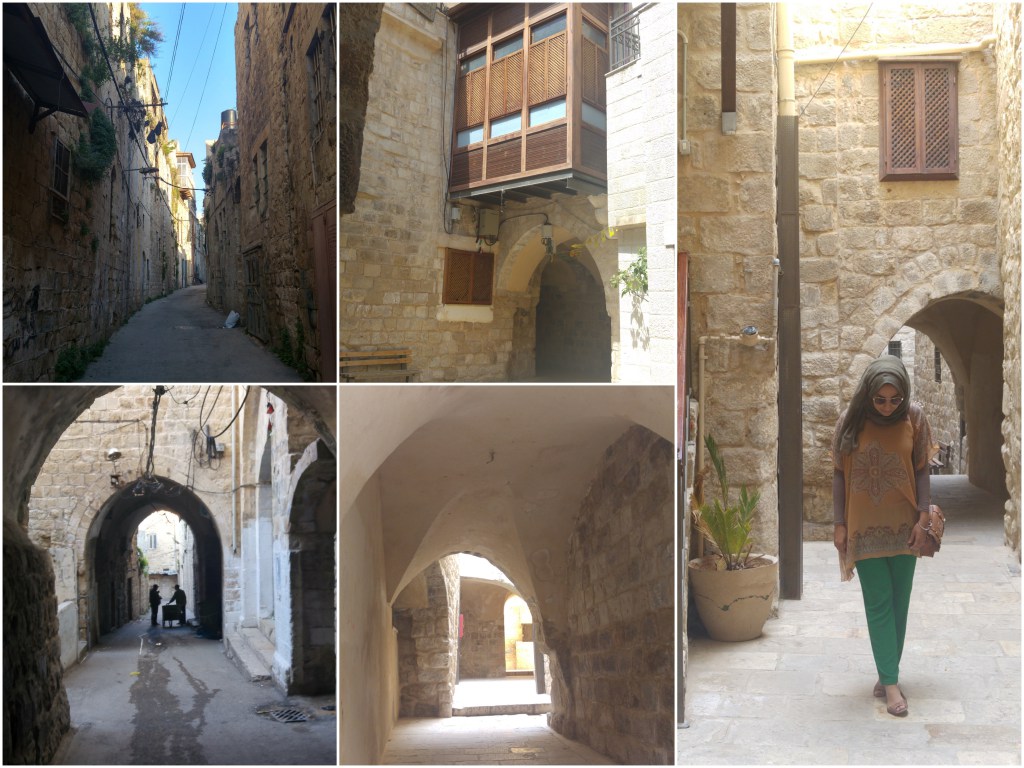 The beauty of Nablus is devastatingly heartbreaking…this place with its ancient history and built up by the Ummayads, Mamluks and the Ottomans in the style of Damascus with its beautiful water fountains and arches and old stone houses with courtyards at the centre should make it a tourist hotspot, with hotels and cafes and guesthouses set in the traditional houses in the old city. Instead it is abandoned, devoid of any real tourism, the old stone buildings are derelict, graffiti adorns the walls of buildings that have a longer history than most countries. Nablus should be like Fes or Istanbul, instead it is a ghost town with just some echoes of former glory. No one wants to invest to create a future for this place when an Army can come in at any moment and destroy everything in their path (and do).

10. The People of Palestine

Last but certainly not least is the Palestinian people who are some of the nicest, honest and hopeful we have ever had the pleasure to meet.

Being invited into peoples homes, families and communities to share their experiences and eat their food – which is divine, by the way – just shows you the kindness of the people we met in every stop on our trip. They admire tourists who have taken the time to visit Palestine and want to make your trip nothing but perfect. In most places we would think it is a con if a random person invites you round to try some home cooked food or advises you to go this place or restaurant but in Palestine it never was – you learn to leave your cynicism behind and go with the flow-  they just want people to see the real Palestine.

Their stories are funny, honest, raw and tragic but always full of hope, something I found hard to understand but admire.

I urge everyone who can to visit Palestine. Not just to see the occupation first hand but for its beauty and people. I want to leave you with a heartbreaking quote from a lovely Palestinian we met in Askar Refugee camp, Nablus.

“If you ask anyone here what their dream is they will tell you it is to go to Al Aqsa. That is what they dream of. I have not been able to go for 25 years…when I want to see Al Aqsa I go to Bethlehem, climb the mountain and look out towards Jerusalem. That is the closest I can get” I urge everyone who wants to go to do so, do not underestimate the right you have that is denied so many.

If this list has got you wanting to Visit Palestine then check out our Palestine section.

Zaynab
Risk consultant by day, foodie and travel obsessive by night working my way to break free of the corporate shackles. Blog charting my epicurean activities on www.somethingtodeclare.net