Opinion: Why American Muslims need to embrace their diversity

Aside from the annual Hajj pilgrimage in Mecca, the presence of Muslims in the United States is arguably the most racially and ethnically diverse assemblage of Muslims anywhere in the world. In the United states, you’ll find Muslims who hail from virtually every corner of the globe – from Albania to North Africa, from the Persian Gulf to Gulfport Mississippi, from Pakistan to Turkmenistan, from Nigeria to New York City, and all points in between. American Muslims are without a doubt, as diverse as they come. The only thing that rivals the breadth of American Muslim diversity is the multiplicity of reasons, circumstances, and history that has conveyed them all to the United States.

American Muslims are comprised of converts to Islam (of all races); refugees from war and tyranny; immigrant families looking for a better life; political asylum seekers; escapees from persecution; students seeking an education; technology professionals; business men and women; and artists looking to develop their craft. All who for better or worse (mostly better), ended up being Muslims in the United States of America. So what is Muslim America going to do with all this diversity? The operative nomenclature; Muslim, suggests that there be a moral imperative afoot. It suggests that the Muslim presence in the United States needs tending to, in light of current global circumstances.

An idea emerges in my mind that perhaps the Muslim presence in the United States is not entirely coincidental, perhaps there is a greater purpose and a chance to treat a civilizational illness affecting the Muslim body; Muslim extremism and sectarianism. One thing that should not happen, is that an opportunity to finally address this beast be squandered. Failing, or even worse, refusing to address Muslim sectarianism in an open, honest and meaningful way, an opportunity to do something monumental will be wasted. 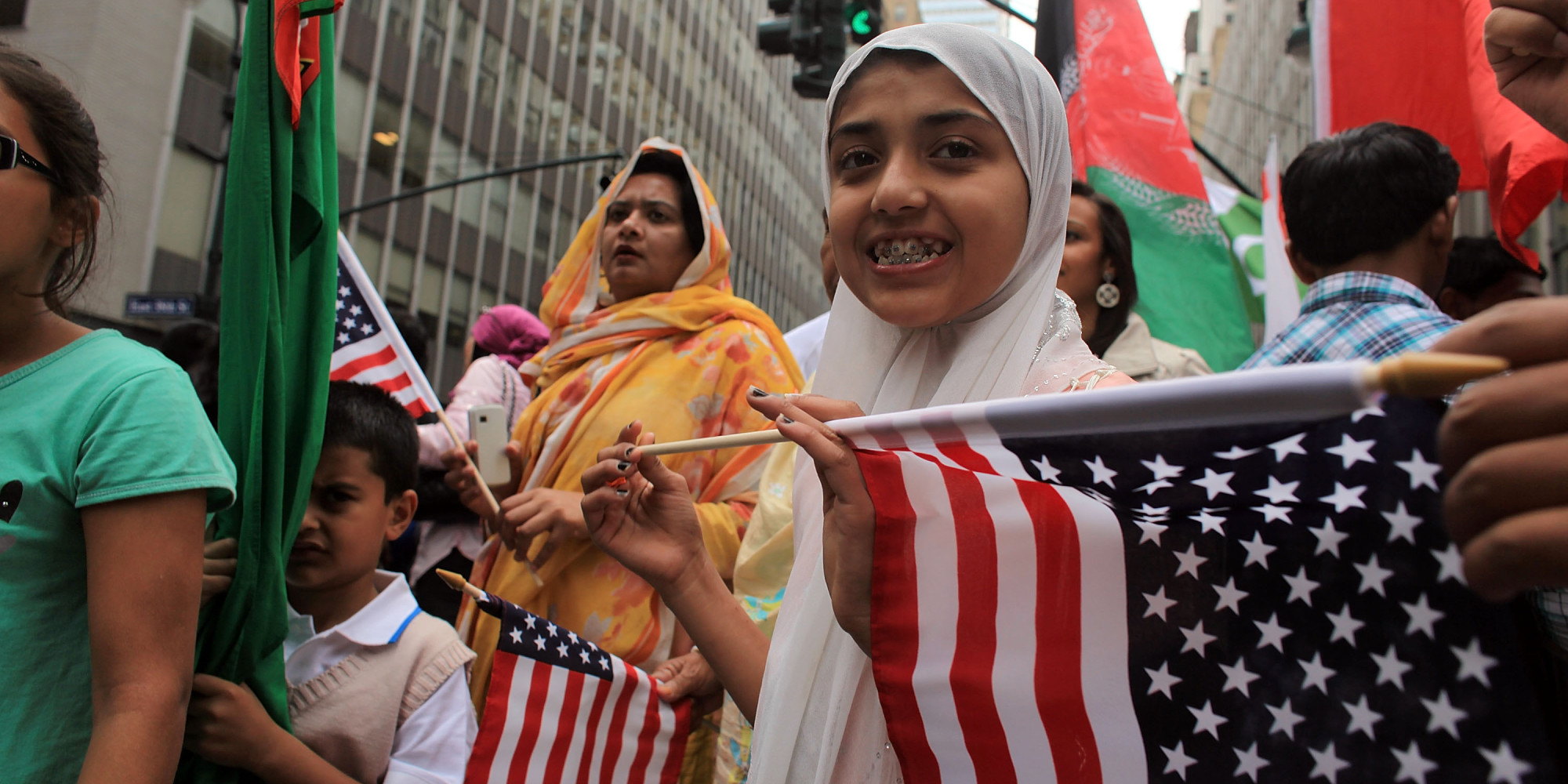 Muslim sectarianism is one of the premier civilizational scourges of the modern Muslim world. It forms the foundation for Muslim extremism and is part of the ideological impetus for groups like ISIS and Al-Qaeda. It is the principle cause of Muslim on Muslim violence in the world. Muslims living in the United States of America are uniquely positioned – more than any other demographic on the planet – to address Muslim sectarianism and extremism. Dealing with this plague will be a civilizational challenge of gargantuan proportion.

Being a diverse domestic community is one thing, but turning that diversity into the ideal of real Muslim unity and egalitarianism is something entirely different. Islamic ideological compliance necessitates that every Muslim wants unity, and that there be at least the cessation of hostility between the faithful. One well-known prophetic tradition states;

“Reviling a Muslim is corruption and fighting him is heresy”,

And it is stated in the Quran;

“Verily the believers are a single brotherhood, therefore make peace between your brethren and fear God so that ye may receive mercy” (The Holy Quran 49:10)

So the ideal of unity is a bonafide moral and civil ambition in the religion of Islam.

Unity ranks at the top of the list on the global Muslim wish list. It ranks right up there with peace. Muslims talk about it, they pray for it, they’re in love with the idea of it, and it is a primary motivator used in the pursuance of other Muslim objectives. Scores of demonstrations for various Islamic related causes are inaugurated around the notion of solidarity and unity. People make arguments about what day one should begin the fast of Ramadan based in part on the notion of unity. Imams, executive directors and Mosque boards of directors make decisions about when to hold the annual Eid al-Ad’ha event (celebration of sacrifice) in part, on the basis of achieving unity; to be unified with the millions of Muslim pilgrims on mount Arafat. In fact, you would be hard-pressed to find a Muslim who does not say that he or she wants unity amongst Muslims. Virtually every Imam in America and around the world for that matter incorporates as part of the closing invocation of his weekly sermon, a call for Muslim unity. Praying for Muslim unity is part of past and present Islamic tradition, and Muslim religious gatherings frequently include as a matter of routine, a supplication for Muslim unity.

Nevertheless, real Muslim unity that goes beyond the surface is elusive, notwithstanding that you can find feigned images of temporary Muslim unity all over the place. On occasion, Muslim Americans cite their diversity as a sign of unity; as if it were by itself a badge of honor, or an achievement of some noble objective.  However, our diversity in the United States is a situational eventuality, and not by itself a moral triumph. Mosques are the heart of Muslim America, and many of our nation’s mosques are notoriously segregated and rife with political, cultural and ideological clashes. Additionally, the divide between American Muslim converts and immigrant Muslims is widening and becoming thornier than ever.

A decade ago you hardly heard a whisper about race relations, or inner religious or ideological disputes within Muslim America. Nowadays, race and race relations in Muslim America is no longer a taboo topic, and vocal discontent surrounding mosque political infighting, and other divisive matters centered around ideology, is elevated and on the increase. You could say that there is a multi-issued rhetorical revolt going on in Muslim America that it is spreading. Some Muslim communities are becoming more entrenched, more ideologically isolated and more separatist, while others are showing signs of positive change. More and more imams are starting to speak out about racism and sectarianism, and more boards of directors – the people who hire imams and set policy for mosques – are realizing that we need to curb our appetite for sectarianism and better mitigate Muslim American diversity.

In many ways, life in the United States could possibly be a path for redemption for the fractured Muslim world. What our country offers is not only a safe haven for Muslims from all over the world to pursue a life without having to fight over religion or ideology, but in addition to that, America is fertile ground for finally addressing Muslim sectarianism in a meaningful way. For starters, different groups and ethnicities of Muslims who, on their mother soil might be prone to fighting one another, are forced by the rubrics of civil protocol to get along. They are prevented by law from escalating their differences to the level of violence while on American soil.

Secondly, American Muslims have made great efforts to demonstrate that they can get along with just about anyone; Christians, Jews, gays and lesbians, atheists, infidels, and just about everyone else. American Muslims by and large have succumbed to behavioral norms that force us into civil modality that even extends to Shiites and Sunnis. In some American mosques, Sunni and Shiite Muslim pray side by side in the same mosque. Still, the undercurrent of schism is right below the surface, and unless we begin to talk about is and address it, we will have lost what amounts to a golden opportunity to engage in much-needed reform; not of the faith, but of the faith practice.

American Muslim diversity is a blank canvass that we can use to paint whatever picture we want of Islam. We could, if we dare take the challenge, demonstrate our collective ability to unwind the culture of sectarianism that plagues the modern Muslim world. Is this a lofty goal? Of course it is. Is it obtainable? Quite possibly with hard work and courage. But so are most worthwhile aspirations. This new-found diversified demography that we find ourselves in (here in America), affords us is a good head start in assuaging Muslim on Muslim intolerance.

American Muslims should ask themselves if what they want is unity out of our beautiful diversity, or simply, diversified segregation.  Moral triumphs occur by making moral decisions, not by squandering moral opportunities. If Muslim Americans can learn to understand and accept each other as co-religionists despite our differences, and thereby achieve a heightened sense of unity here in the United States, then perhaps we can export some of the success to areas of the Muslim world that need it most. History will tell whether or not American Muslims will use their diversity along with their freedom take up the task of addressing sectarianism within our faith practice. Still, it’s a much loftier purpose and a higher civilizational aspiration than mere assimilation and achieving the American dream.