This book may have been written to facilitate Christians yet honestly; it can equally facilitate Muslims like me. People who are born into Islam, at times, take being Muslim for granted.

Always having heard stories about people from other faiths converting to Islam, I was curious to know more about their hearts and mind. On my quest to understand why people convert, I came across Calling the Christians – How Understanding Christianity brings us to Islam. The book is written by Adam Hafiz, a revert Muslim. He shares his personal story, his search for spiritual answers, and his findings in an organized account.

The book systematically dissects the core beliefs of Christianity and sheds light on areas that have visible gaps. At times these gaps seem like omissions, errors, or amendments, all resulting in the creation of doubt in one’s heart. When doubt gains momentum, the heart begins to question. Adam has methodically listed these questions as they arise throughout his book and has used the law of deduction to extract answers that were there all along yet seemed veiled from eyes that just didn’t wish to see.

From reading the content of this book it is obvious that a lot of research was done to be sure that the facts were accurate. The stance of the book is not to undermine any faith, yet to point out facts in the hope to guide and correct. The effort involved in connecting the content to attain this goal has been conducted in an exceptional manner.

Topics such as ‘The Concept of Trinity’ and ‘The Original Sin’ were completely new to me. Reading them made me realize that being uninformed about other faiths leaves one blind to how others may see us Muslims. Adam has also urged Muslims to educate themselves regarding Christian beliefs so that they are well versed and can understand the perspective of others in the hope to lead fellow humans to the right path.

The book also shared common misconceptions that the west has about Muslims. Certain stereotypes have left the Muslim image tainted, yet Adam has tried to advocate the essence of true Islam in his writings.

Calling the Christians was a true privilege to read. It helped me understand what goes on in the heart of a person who loves God and is looking for the right path. Adam has displayed wisdom beyond his years. He has taken a very logical, unbiased approach and used his deductive reasoning skills to unlock the truths that his heart was looking for. He has beautifully displayed his knowledge of both Christianity and Islam allowing the reader to think for themselves.

This book may have been written to facilitate Christians yet honestly; it can equally facilitate Muslims like me. People who are born into Islam, at times, take being Muslim for granted. Calling the Christians is a great book to remind Muslims of what other religions are experiencing and how blessed we are to be born without confusion in most cases. It can help lift the shadow that might be cast on certain Muslim eyes and make them more conscious of why Allah has created us in the first place.

I highly recommend Calling the Christians – How Understanding Christianity brings us to Islam for everyone to read! The book is available from Amazon. 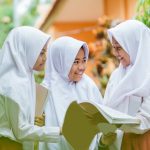 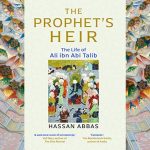 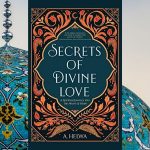