The battle of Uhud: From a first person perspective

The battle of Uhud: From a first person perspective 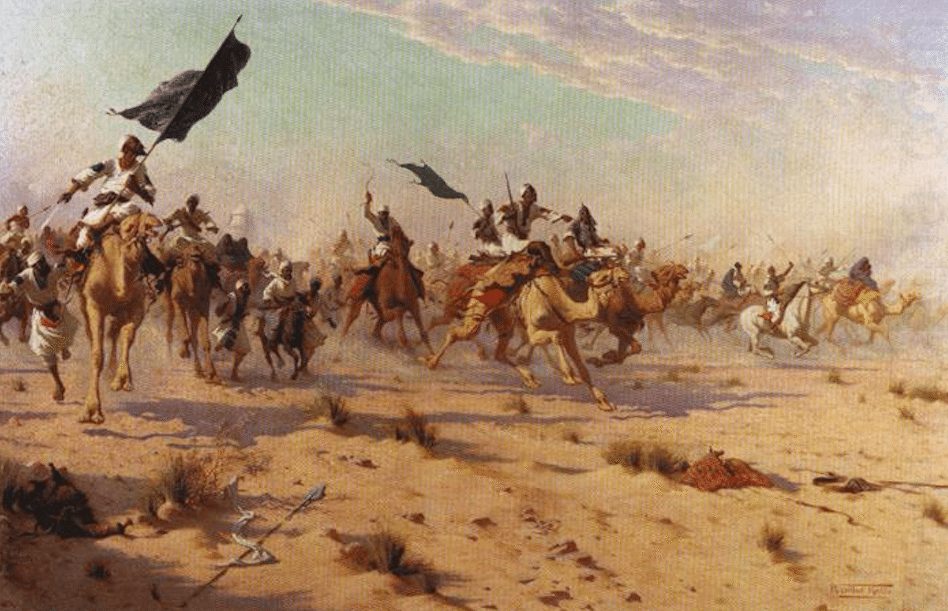 As I made my way towards the Mountain of Uhud, I couldn’t help but notice the unease snaking its way through the brigades. Prophet Muhammad had decided to confront the Meccan army five miles away from Madina. With the mountain looming over us on our left, Muhammad stationed us, the archers, on a small hill to protect the back of the Muslim army. I was assembled with fifty other archers with direct orders not to come down unless told otherwise. The Prophet stressed the fact that, win or lose, we should not abandon our positions no matter what the outcome of the war. Our job as archers was to keep the enemy cavalry away, in case they should come up on the Muslims from the rear. In my position on the hill, I could see the entire battlefield laid out in front of me.

It started like any other war. Talhah, the son of Abu Talhah, challenged the Muslims for the first duel. Just as it was in the Battle of Badr, Ali ibn Abi Talib was the first to step up and accept the challenge. He sparred with the merciless warrior and struck Talhah from his shoulder to his hip, slicing him in two. All around me the Muslims erupted with cheers and cries of Allahu Akbar (God is Greatest). From the Quraishi tribe another warrior stepped forward, also a son of Abu Talhah, and Ali dealt with him just as swiftly as he did his brother. A wave of enthusiasm washed over the Muslims as they cried out with determined victory, just as they had at the Battle of Badr. Their confidence swelled when they witnessed Ali cutting through the flag bearers of the Quraishi army. It was an action that would surely win them the war.

As I stood ready for the command to fire arrows, I surveyed the battlefield with a keen eye. The battle broke out with force as the Meccans were determined to get revenge for those killed at Badr while the Muslims courageously defended the word of the oneness of God. Soldiers clashed on horseback and on foot. The horses reared as their owners were thrown off their backs and into the sea of flailing bodies being stabbed and wounded. From what I could see, it was in the Muslims’ favor.

As I was admiring the sparring blows of Hamza ibn Abdul-Muttalib, I felt a chill of dread as I spotted Wahshi, the sure handed Abyssinian slave, sneaking toward him with the stealth of a mountain cat. With a hundred feet between us and a strict order that rooted me into place, all I could do was watch as Wahshi’s javelin soared through the air and found its mark straight through Hamza’s torso. He stumbled back, turning to face Wahshi with the determination to fight his assassin, even with a shaft of wood piercing his back and stomach. But before he could take one step, he collapsed forward and was dead before he hit the ground.

I looked around wildly to seek out Ali ibn Abi Talib, wondering if he witnessed his uncle’s death, only to find him deep in battle striking his foes with the might of a lion. Solider after solider braved to stand before Ali only to be slain under the sword of Dhulfiqar. The Muslims’ offense terrified the Meccans and forced them back, leaving their camps unguarded. The Medinans rushed into the the enemy camp collecting whatever they could find of equipment and material without meeting any resistance. Abdullah ibn Jubayr shouted his command at us to hold our positions on the hill, just as Muhammad had ordered us to, but the sight of the booty sitting on the enemy’s side was too alluring for the other soldiers. Along with the rush of the footmen down below, the archers dropped their weapons and sprinted down the hill, their eyes filled with greed to retrieve whatever they could carry. I shouted my protest at their action of selfish desire, but it was no use.

In the complete chaos it was hard to see what was going on, as there were men running from every direction. It was in the midst of this chaos that I heard the most dreadful cry that ripped through the land in one swift slice: “Muhammad is dead!” The shock was immediate as the wind and both armies froze. They stood stunned in disbelief at the news, nobody seemingly able to acknowledge what they’d just heard. Then, just as suddenly, panic erupted causing complete turmoil as the Muslims scrambled to retreat disorderly with no commander to direct them while the pagans rushed to attack, emboldened by the news.

I stood rooted in my spot, the bow and arrow hanging from my numb fingers, my eyes searching for the shining face of Rasool Allah. There, I saw him. Muhammad, protected by a rank of warriors, bleeding from a large gash on his forehead. He was injured, but not dead! But how could I inform the others? Clouds of dust thickened the air, causing more disorder to the already chaotic scene. I turned to call out to the remaining archers on the hill when I heard the ground shaking rumble of the Meccan army’s horses from behind me. I looked around to see Khalid ibn Al Walid leading his men from behind us while the chaos of noise confused those who remained protecting the Prophet. The flanks of the Muslim army folded up and we were forced to retreat in order to regroup and reinforce our strength. Some of the men began to flee, assessing the situation and finding no hope. I was drawing out arrow after arrow from my quiver, sending them straight towards the mass of the opposing army. I kept on thinking that all this had come to pass because of the betrayal of the other archers when they ran to take the booty and flee, thereby exposing the Muslim’s unprotected backs. We wouldn’t have lost such a large number of gallant warriors if we all just held our ground.

The Muslim troops charged back to face our foes that poured from the rear to resume their attacks. Frantically I looked around, realizing that we were sandwiched by the enemy. The situation became extremely dangerous as the enemy was bent upon taking full advantage of the opportunity. We had no choice but to withdraw up the slopes of the Mountain Uhud. The Meccans did not pursue us any further, but instead marched back to Mecca declaring victory.

We did not lose, but we did not win either. This war was a test of our loyalty and the firm belief in the religion of Muhammad. Some showed ignorance, too narrow sighted to realize that the favor of the Messenger of God is worthier than any riches the Meccan army can leave behind. Fighting for the sake of God is a huge honor, but fighting with the sword doesn’t suffice alone. It’s the fight of will against worldly gains at the expense of loss in the afterlife, and a test of courage to determine if you’d turn and run when the situation becomes difficult.

The following verse was revealed about the Battle of Uhud: 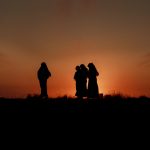 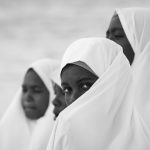