8 things every Muslim needs to look out for in 2017

Not one to blow my own trumpet, but last year in what has become my annual New Year’s piece, I did mention that our privacy was going out of the window and that 2016 would be the year to see this accelerate. To quote myself: “As well as private companies harvesting our information, we’ve got governments out there who are pushing to completely eradicate our civil liberties and privacy.” Lo and behold, in the UK the ‘Snooper’s Charter’ has become a reality!

In Nostrodamous-esque fashion I did kind of also predict the triumph of Trump, so I think you should stop whatever else you’re doing right now, grab a cup of coffee and a note-pad and get ready to takes notes, because I’m about to deliver some harsh realities that we all have to look forward to in 2017. If you’re not in the mood to read, then you can listen to our latest podcast, where I sat down with Haseeb (my fellow co-founder of The Muslim Vibe) and talked through this list in a lot more detail. You can listen by subscribing on iTunes here or scroll to the bottom of this piece and listen through Soundcloud…

1. Islamophobia is real: the fight for the Western Muslim identity 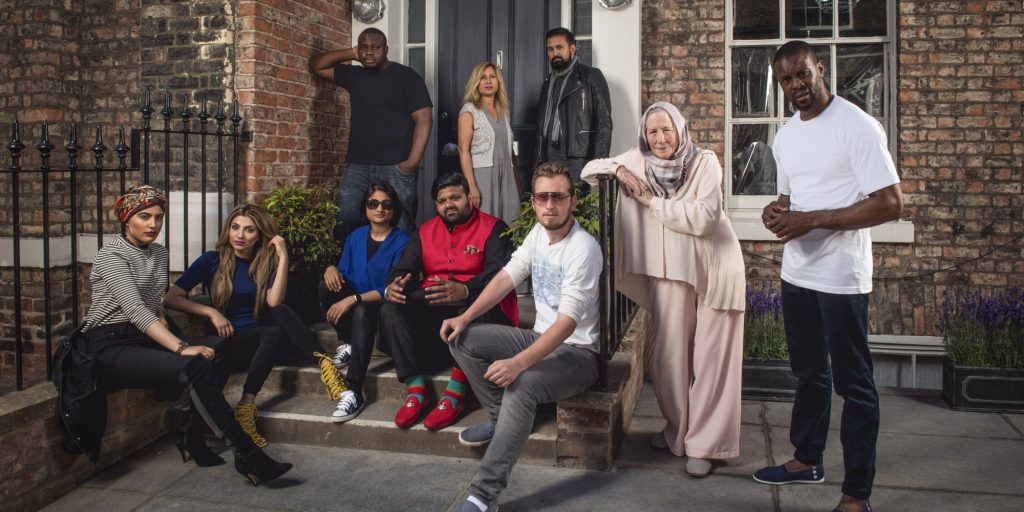 At the tail end of 2016, there was a two-part documentary on British TV called ‘Muslims Like Us’, the producers put 10 random Muslims in a house together for 10 days and let the cameras roll to see what would happen. The result was pretty entertaining but most definitely not pretty. The show itself alongside things like the Casey report have thrown the question around of identity and what it means to be a British Muslim.

(We had a chat with Zohra from the show. You can listen here)

Muslims are the only group of people that are constantly asked where their allegiances lie. Do we consider ourselves to be British? If so are we British first of Muslim first? Rather unfairly, only Muslims are not allowed to be unsure of these notions of identity. For everyone else it’s perfectly fine to be unsure of how we define ourselves, but no, Muslims have to decide, and we have to do so NOW!

This coming year I anticipate more of this divisive narrative from the media and the government and we need to reaffirm a strong sense of being a Muslim in the West through platforms like The Muslim Vibe and by getting involved at a societal and local level to bring about a positive change to our local community and surroundings.

2. The coordinated take down of Muslim organisation and individuals

Historically parts of the mainstream media have actively gone after certain individuals and organisations from within the Muslim community. We saw this with MCB and Miqdaad Versi at the end of 2016. It’s a case of divide and conquer – the time old Imperialist strategy. By destroying people in positions of leadership you give the community no outlet.

During the era of slavery, the slave masters would bring the strongest slave forward and humiliate them. This breaks the will of the smaller individuals in that group of people. It’s like mental warfare. When we as Muslims see our pioneers and leaders having their noses dragged through the dirt it demoralises us and destroys us a little bit inside.

This is going to continue to happen, but as a community we need to resist these attempts to divide us. We know there is a machine behind these coordinated attacks, but we often take their bait. When a Muslim organisation is humiliated, often due to political or religious differences we share those articles, not realising that an attack on one subsection of the Muslim community is an attack on all of us.

3. The fetishisation of Muslim women and the hijab

In 2016 Playboy wanted a hijabi to feature in their magazine. Whilst Noor Tagouri was the person that took up their offer, it transpired that they had approached various other hijab-wearing Muslims in positions of influence. It makes me feel that Playboy were using a hijabi to help soften their image. By one of us doing the interview, we fulfilled their agenda. Whilst the interview was used for a secondary purpose (ours) of exposure, talking about modesty and reaching out, it is still secondary.

(I wrote about my views on this more extensively earlier this year: “Noor’s decision to feature in Playboy was ill-advised but…”)

Beyond being a symbol of modesty, the hijab has become fetishised and is being used by every Tom, Dick and Harry to achieve their own aims and objectives. The exposure that hijab-wearing women are getting is amazing and something we must applaud, but it must be on our terms not theirs.

Last year I warned that 2016 could be his year and hoping to be proved right again, I’m predicting that in 2017 he will say his shahadah and we will see him down New York Mosque, going by ‘Dawud’ and giving the adhan before juma prayers. 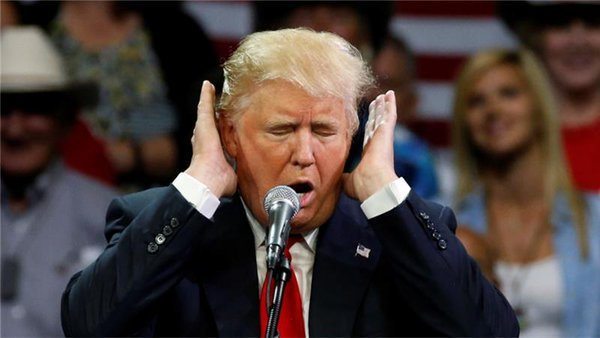 Unfortunately making jokes about the situation is much easier than facing the very real threat to minorities that Donald Trump poses. He has empowered and emboldened a large group on Americans who haven’t quite let go of their colonial, bigoted and xenophobic mindsets and now have a mouthpiece; one that wears a wig, has an awful tan and is worryingly being referred to as ‘the leader of the free world’. Being as erratic as he is, I don’t know what to expect, but I’m sure we’re in for a bumpy ride, so strap in and brace yourselves, this next twelve months may hurt :/

5. Rise of the right wing

So late-2016 saw the rise of the ‘alt-right’, which kind of sounds pretty cool. Like it could not be political at all. It could just be a group of hipsters that go to cereal cafes, wear weird clothes and play Nintendo games in their parents’ basements. Sadly this is far from the reality. The alt-right is a name for a group of people that are pretty much inherently racist and believe in white supremacy and feel entitled to America despite their ancestors most definitely being migrants to that very country. 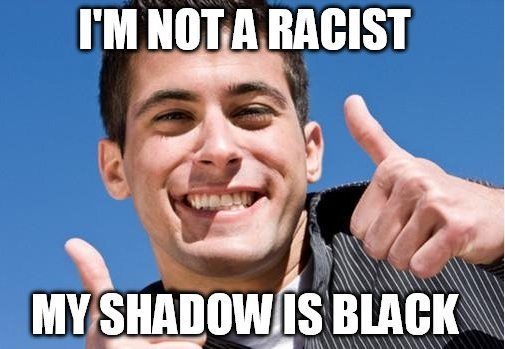 Furthermore with French elections coming up and the right-wing Le Pen in with a real chance of winning, the right-wing trend that we’ve seen with Brexit and Trump is only set to continue in to 2017…

The unfortunate reality is that there is going to be instability in Syria for at least another five to ten years. Whether Assad ‘wins’ or the rebels succeed in deposing him, there is ultimately no winner. Too many lives have been lost to be able to celebrate any sort of victory.

Furthermore, the people who have invested on all sides in Syria can’t and won’t simply walk away once things are over. The likes of Saudi, Israel, America, Russia have invested far too much in backing their respective sides to not want a say and a hand in ensuring their best interests are known and acted upon by the future leader.

This conflict is not black and white in any way whatsoever, but with the USA supporting the rebels, we see a play from the American playbook that they’ve run over and over again throughout history. The rebels don’t serve them any purpose other than to see a ruler removed. They fund the rebels, arm them, and after they’ve achieved a certain goal (i.e knocked out the power structure) the Western powers seek to replace the deposed leader with a puppet of their own. But hey as the saying goes, “the enemy of my enemy is my friend”…right?

For too long, Muslims have become too concerned with our own internal community politics. But finally with all the external forces (above), we’ve realised that we need to take action. The world is becoming more polarised, we’re seeing more right vs left wing discussions taking place, and in the middle you have Muslims being dragged around on all sides. Muslims now are taking the initiative to make alliances with other minority groups and activists. This is key and something that must continue. 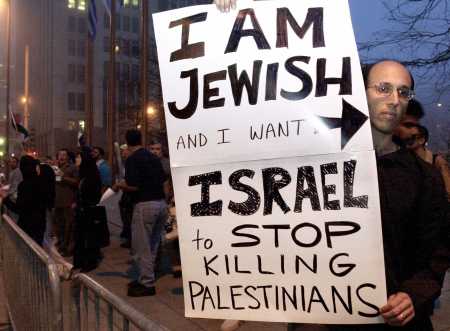 But, we have to be careful which organisation and institutions we align ourselves with. We can’t compromise our principles and values. A great bridge for example to other minority and faith communities is interfaith work and events. For example, Muslim organisations working with Jewish and Hindu organisation is great and something we need to do more of. However it’s important to align ourselves with the right groups. Allow me to elaborate…

At a community level, I have seen pro-Israeli entities and organisations seeking to normalise their views by conducting interfaith events with Muslims. Anti-semitism is wrong, but being against the state of Israel is a stance against oppression and personally I don’t feel that we can sell-out the oppressed people of Palestine by acknowledging the legitimacy of the usurpers of their land. Furthermore, within the Hindu community there are organisations that stand firmly with Narendra Modi, the current Indian Prime Minister. His party, the Bharatiya Janata Party (BJP) have close ideological and organisational links to the Hindu nationalist Rashtriya Swayamsevak Sangh (RSS). The RSS have been responsible for attacks against Muslims and Christians in India and their mentality is only supported and reinforced by the right-wing BJP and Narendra Modi…

There are a plethora of Jewish organisations that acknowledge the right of the Palestinians over the occupied lands and plenty of Hindu organisations that are not in favour of Narendra Modi that we can and should work alongside in bringing people together and celebrating the similarities between our faiths.

8. The Rise of the Muslim voice

When we started The Muslim Vibe in 2014, there were very few independent Muslim media outlets. Fast forward just a few years and there are so many Muslims taking action and using social media and other platforms to get across a positive and strong Muslim narrative.

For too long the narrative surrounding Muslims has been dictated to us and not by us. We can no longer remain silent. Beyond the closed circles of our social media networks where we gravitate around and towards people who share our world perspective and thoughts, it’s crucial that we really push beyond that and seek opportunities and platforms to properly represent ourselves to people who may not have come across a true representation of Islam or Muslims.

I hope and pray that 2017 will be a year where we see honourable and moral leaders of the Muslim community in the West rise up and provide us with a strong voice against the wave of hatred and division that we’re facing right now. Whilst the world is becoming a darker place, I’m still filled with hope as I see more and more young people owning their faith and identity and striving to make a difference. This is the spirit we’re going to need much more of in 2017…

You can listen to my discussion about the above topics with Haseeb below: