Indigenous people have our backs, and we should have theirs, too.

Indigenous people have our backs, and we should have theirs, too.

The fourth Thursday in November is not exactly the favorite day of Indigenous people in the United States of America.

For that is the day of “Thanksgiving”, a peaceful-sounding name for a holiday which the US, a nation founded by the descendants of illegal immigrants from Europe, has set aside to glorify its history of organized violence against and near-extermination of the original inhabitants of the land, the Native Americans.

Every year, American Indians and Alaska Natives, who once constituted 100% of the demographics of the territory that would become the United States of America, but today account for a mere 2.9% of the population (source: United States Census Bureau), are reminded that far from experiencing remorse, the descendants of the perpetrators of genocide are still mighty proud of the crimes of their ancestors.

Therefore, they continue to add insult to injury by commemorating a holiday that sanitizes the US’ utterly unsanitary history towards the Indigenous tribes of the United States, for who Thanksgiving Day goes by the more appropriate name of “National Day of Mourning.”

That white Americans (and many Americans of color who have allowed themselves to be co-opted by the settler-colonial narrative of white exceptionalism and supremacy) celebrate Thanksgiving is not only unfortunate and ignorant but constitutes what renowned linguist and political activist Noam Chomsky in another context once called “the imperial mentality of Western culture.”

Hence, the cultural phenomenon of Thanksgiving not only becomes an ideological one but turns into an annual act of aggression.

Like Columbus Day, a federal holiday in the US observed on the second Monday in October that honors the Genovese genocidaire Christopher Columbus, Thanksgiving Day is the second annual reminder to Indigenous communities across the US that the white people who now rule their ancestral lands (white being not only a skin color, but also an ideology tied to said skin color) via the three branches of government (executive, legislative and judicial) not only have no qualms about falsifying history but can easily get away with it too.

Why? Because white Americans – despite their steady demographic decline over the last decades – still wield incommensurate power and therefore have near-total control over knowledge production and dissemination.

Which is why in this era of ethnic inclusion, minority representation and alleged “wokeness”, and despite current US Secretary of the Interior Deb Haaland being the first Native American to serve as Cabinet Secretary and the NFL team formerly known as the Washington Redskins having finally dropped its disgustingly racist name and culturally appropriating logo, Thanksgiving as an insult to Native Americans is unfortunately still a thing and far from being cancelled.

The website of the US Embassy & Consulates in the UK contains an article titled “Thanksgiving: A Favorite US Holiday” that is instructive in understanding the aforementioned “imperial mentality” of white America, a mindset combining the twin synergies of pathological narcissism and belief in the supremacy of whiteness (the latter being a violent ideology that moderate Republicans and mainstream Democrats alike make palatable to the peace-loving American mind by demonizing the violent extremists that espouse it while quietly doing everything possible to keep a power structure in place that privileges white people, ergo: a white supremacist system).

In this Wikipedia-style article that tells the history of Thanksgiving from a white settler colonial perspective, only the last paragraph has the decency – however perfunctory – to mention the Native American take on the holiday, or rather what the US State Department believes the Native American perspective to be:

“The harvest celebration of 1621 [the original Thanksgiving between the Pilgrims who had arrived on the Mayflower the year before and the Indigenous Wampanoag Indians in Plymouth Colony in present-day Massachusetts] was followed by a long period of injustice and conflict between Native Americans and Europeans. Many Native Americans in the United States see Thanksgiving as a ‘National Day of Mourning.’ However, others enjoy a traditional Thanksgiving meal at home or in large community gatherings, taking the opportunity to spend a day with family and friends.”

Notice how the term “conflict” creates a false equivalency between perpetrator and victim and thus apportions partial blame to the latter (something we are hauntingly familiar with in the context of the Israeli-Palestinian “conflict” in which the Palestinian victims are apparently as much to blame for the injustices committed against them as the Israeli state that perpetrates them).

Notice as well how the author omitted the “that lasts to this day” that should have followed “a long period of injustice”, as if the injustices had stopped. Notice how in the context of the term “conflict”, “Native Americans” are mentioned first and “Europeans” second, thus subtly creating the impression that Native Americans were the ones who initiated the “conflict.” Notice how “Many Native Americans…see Thanksgiving as a ‘National Day of Mourning’” is a gross understatement, and a more truthful statement would be “the vast majority of Native Americans.”

Finally, notice how in a bid to portray the victims of one and the same genocide as an ideologically divided group and to further rhetorically minimize the numbers of Native Americans who oppose Thanksgiving, the article makes a point to mention the “others” who “enjoy a traditional Thanksgiving meal” and take the “opportunity to spend a day with family and friends.”

If mainstream retellings of US history were honest about telling both sides of the story, they would include the term “genocide” and would not feature a stock image of white, blonde children dressed as pilgrims, as the US Embassy article does.

They would rather call a spade a spade and maybe show an image of a rectangular metal plaque erected in Plymouth, Massachusetts on behalf of the United American Indians of New England (UAINE), the organization that established the annual anti-Thanksgiving protest in 1970 known as the “National Day of Mourning”, on which is written a text that does not taboo the G-word:

“To them [Native Americans], Thanksgiving Day is a reminder of the genocide of millions of their people, the theft of their lands, and the relentless assault on their cultures.”

Unlike the US embassy article, the text of the plaque does not place a statute of limitations on the injustices suffered by Native Americans by consigning them to the finite realm of history, but calls out the continued injustices against them in the here and now by acknowledging “the struggles of Native peoples to survive today” and “the racism and oppression which Native Americans continue to experience.”

Muslims have a responsibility of solidarity towards Indigenous peoples

To the Muslim readers who might be wondering what an article about Thanksgiving and Native  Americans has to do with them, I say: a lot.

First of all, empathy for the plight of Indigenous peoples, who belong to the most marginalized and worst-off groups in any country that has them, be they Indígenas in Brazil, Adivasis in India, or Aboriginals in the former British prison colony that is now Australia, is an act of compassion.

Muslims living in Muslim-minority countries where their freedom of religion is under constant threat (like in Hindu-majority India which for the first time since 2004 has been classified as a “country of particular concern” by the US Commission on International Religious Freedom due to increased levels of anti-Muslim violence ever since the Hindu-extremist BJP party under Prime Minister Narendra Modi came to power in 2014) should know what it feels like to be dehumanized on a relentless basis and should therefore derive from this the altruistic imperative of solidarizing with their Indigenous brethren.

Furthermore, in the aftermath of 9/11 and its still ongoing two-decade-long US-led War on Terror which is the single largest instance of global Islamophobia, killing around one million people in Muslim-majority Afghanistan, Pakistan, Iraq, Syria, and Yemen and which American whistleblower in-exile Edward Snowden in his 2019 autobiography “Permanent Record” describes as “a litany of American destruction”, Indigenous communities in the US, Canada, Australia, and New Zealand have been at the forefront of solidarity with their Western Muslim compatriots.

Just remember the heartwarming pictures that went around the world after the Christchurch mosque attacks in 2019 of Maori mourners doing the hongi, an intimate Indigenous greeting where the noses and foreheads of two people touch, with the Muslim bereaved. Or the pushback from Native American community leaders against former US President Donald Trump’s Executive Order 1379, titled “Protecting the Nation from Foreign Terrorist Entry into the United States”, better known as the “Muslim” ban.

Indigenous people have our backs, and we should have theirs, too. And we do: Muslims in Australia regularly show their solidarity with the country’s First Nations people when they participate in Invasion Day protests on January 26, which settler-colonial whites continue to refer to as Australia Day.

And the Council on American-Islamic Relations (CAIR), the US’ largest Muslim civil rights and advocacy organization, regularly publishes statements in support of Native Americans, be it in the context of the highly publicized protests against the Dakota Access Pipeline (#NoDAPL) or by condemning “racist vandalism of Native American petroglyphs in Utah.” This was an incident in which one of the most popular rock art panels in the tourist destination of Moab was defaced with the words “white power” (to illustrate just how stupid white supremacists can be, the perpetrator of the racist graffiti had crossed out their first attempt after misspelling “white”).

Solidarity between oppressed groups is key to challenging existing imbalances of power between the colonizer on top and the colonized at the bottom and to achieving sustainable social change. And one simple way of starting to do so is to boycott Thanksgiving, an annual glorification of an American holocaust against Indigenous peoples that is marketed as a friends-and-family holiday, one that is unfortunately observed by Americans of many creeds and colors, including Muslim Americans.

They might not treat it as a testament to white exceptionalism and its violent implementation, but they nonetheless partake in it, however perfunctorily and secularly, by eating a turkey dinner and watching a game of American football or the Macy’s Thanksgiving Day Parade.

Instead, Muslim Americans should join Native Americans in counter-commemorating the colonizer’s holiday as a National Day of Mourning and utilize the month of November, which is Native American Heritage Month in the US, to inform and educate themselves about the history and culture of the people whose land they inhabit.

An Indigenous Peoples’ History of the United States, by Roxanne Dunbar-Ortiz

American Holocaust: The Conquest of the New World, by David E. Stannard

Bury My Heart at Wounded Knee: An Indian History of the American West, by Dee Brown

Prison Writings: My Life is My Sundance, by Leonard Peltier

Killers of the Flower Moon: The Osage Murders and the Birth of the FBI, by David Grann (also  available as a Young Readers edition)

Timo Al-Farooq
Timo is a freelance journalist from Berlin, Germany with a B.A. in Asian & African Studies from Humboldt University Berlin. Of Bengali parentage, he also grew up in the US and is fluent in English, German, Bengali, and Bahasa Indonesia. He has written for RT, Mondoweiss, The Palestine Chronicle and Germany’s Islamische Zeitung among others. Find him at @talrooq on Instagram, Telegram and Twitter. 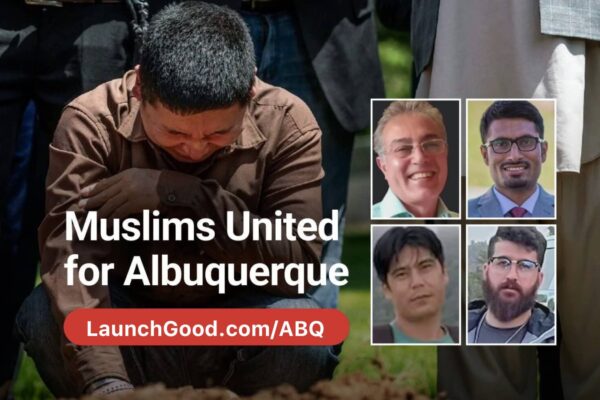 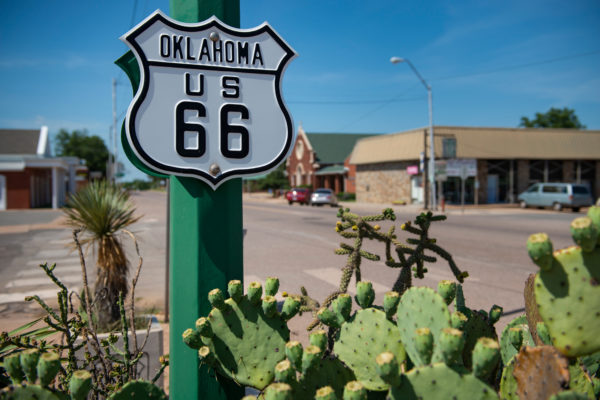 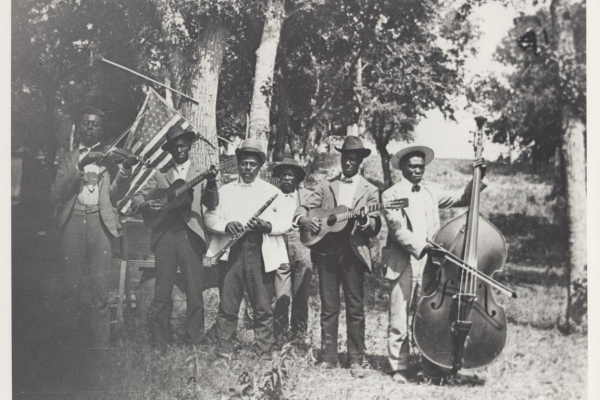