As he delved into researching Islam in an attempt to justify his position, he was stunned by what he found. He realised that his objections to Islam were without any justification at all. He came to learn that the very foundations of Islamophobia were nothing more than an empty lie. In an astonishing turn, while writing the book, he reverted to Islam. 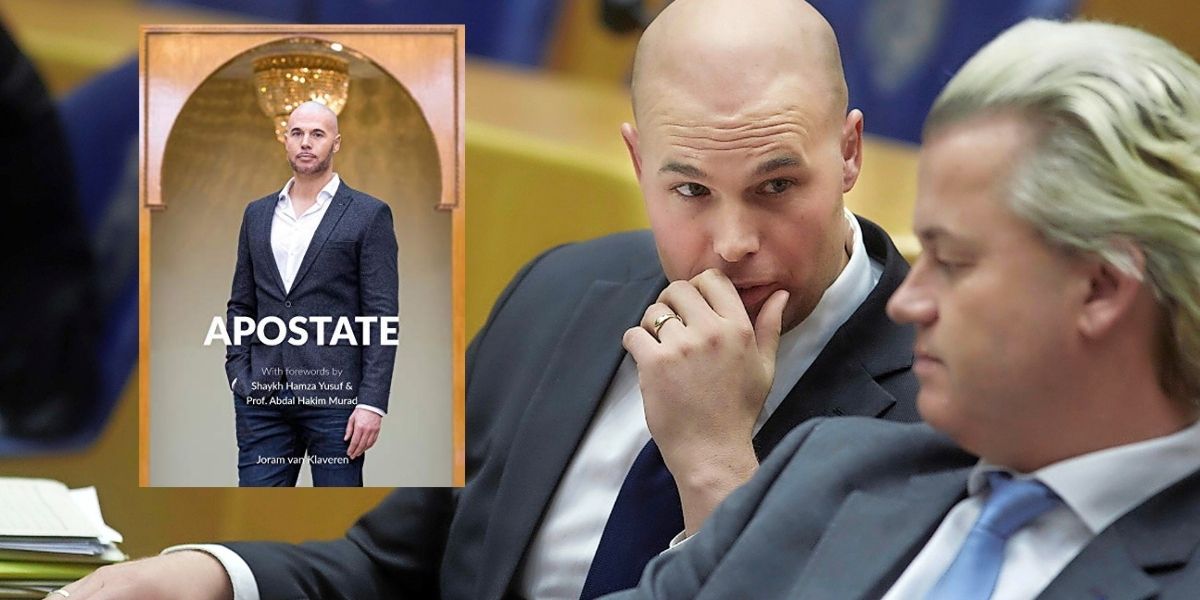 As he delved into researching Islam in an attempt to justify his position, he was stunned by what he found. He realised that his objections to Islam were without any justification at all. He came to learn that the very foundations of Islamophobia were nothing more than an empty lie. In an astonishing turn, while writing the book, he reverted to Islam.

In the Dutch Parliament, a professional Islamophobe stands up to suggest a law banning the Quran from the Netherlands. As his career moves forward, Joram van Klaveren sinks further into his rhetoric of hatred and violence against the Muslim community. He pours his heart into driving out Islam from the Netherlands, but what happens next shocked the world.

“And [remember, O Muhammad], when those who disbelieved plotted against you to restrain you or kill you or evict you [from Makkah]. But they plan, and Allah plans. And Allah is the best of planners.” – Quran 8:30

Joram van Klaveren was born to a devoutly Christian family and raised in a majority Christian country. He was raised up in the context of 9/11, London bombings, and terror on the streets of his home country. The national media was exporting a view of Islam fuelled by ignorance and suspicion. Islamophobic opinions were beginning to gain momentum, and Joram found his home among the hateful politicians and absorbed their ideologies. In the midst of such a chaos of information, misinformation, and racism, could Joram find the truth? In this article we will find out, and I will discuss some of the important lessons we can learn from his journey, inshallah.

Joram never intended to be anything but an Islamophobe. As I read through his past speeches and proposed laws, a ferocity of criticism and hatred appeared that surpassed even the cruelest of politicians. This culminated in Joram setting out to write a book that was aimed to be, in essence, a brutal attack on Islam itself.

As he delved into researching Islam in an attempt to justify his position, he was stunned by what he found. He realised that his objections to Islam were without any justification at all. He came to learn that the very foundations of Islamophobia were nothing more than an empty lie. In an astonishing turn, while writing the book, he reverted to Islam. The very same book now became the story of the path that led him to conversion. Alhamdulillah, Allah has the capacity to open hearts.

Joram begins the book with a brief background on how his Islamophobic opinions came to be formed. He draws the reader’s attention to the over-representation of extremist sects in Islam in the Western media as a serious root of Islamophobia. Many of us giving dawah often forget that this is the starting point for many of our listeners and that in turn, we must strive to emphasise the true message of peace with our words and deeds.

Joram also discusses his opinions on Christianity, and throughout the book, he runs the story of his distancing from Christianity parallel to his attraction to Islam. As a young man, beneath the surface of his extreme Christianity, he harboured subtle doubts about its nature. As a student of religious studies he had come across irrefutable proofs for God’s existence, but he found significant difficulties in the Bible and its teachings. Deep down in his heart, he feared the unseen God and was in pursuit of His true revelation. This led to his interest in the Quran, as Surah Yasin teaches us:

“You can only warn one who follows the message and fears the Most Merciful unseen.” – Quran 36:11

Joram shares some of these theological proofs with us, referencing an impressive range of positions from Kalam’s cosmological argument to Aquinas’ prime mover idea. This section is brief, and soon Joram launches into how both his firmly established Christianity and Islamophobia crumbled in the face of scholarly evidence. The author deals aptly with traditional Christian positions such as the Trinity and the doctrines of salvation and divine justice, although I feel that there was room to write much more.

Another lesson for us here is that dawah works best when understood from the perspective of two underlying objectives. (1) The error of the non-Muslim’s current belief (2) The perfection of Islam as a belief. Many Muslims just focus on objective (2), but many individuals won’t leave their current beliefs unless they find an issue with them. The Quran itself contains many theological arguments for the rejection of the Christian position of Jesus, may peace be upon him, as well as for idol worship and atheism. We should therefore study other religions so we can structure our dawah based on the current belief of the individual that we are in conversation with.

While researching his book, Joram frequently entered into discussions with prestigious Islamic scholars to gain a more accurate understanding of certain issues within Islam. This demonstrates impressive humility from both the author and the scholar, with the resulting text being a compilation of sound refutations of the most common misconceptions about Islam. Joram covers topics such as terrorism, women, anti-Semitism, the authenticity of the Quran, and the character of Muhammad, may peace and blessings be upon him.

Despite the impressive achievements of the book, I was left slightly disappointed in places. The nature of the book is very defensive, focusing on merely addressing the criticism of Islam. Joram does not venture into the miracles and majesty of the Quran, and leaves out a deeper exploration of the emotions he personally experienced on his journey until the epilogue.

Another serious objection was Joram’s inclusion of clear factual error. For example, at one point the author claims the minimum age of marriage in Malaysia is 21. A simple bit of research shows us that it’s actually 18. Also noteworthy is that the book was originally written in Dutch, and therefore the quality of the written word is dependant on the translator. While mostly very readable, the phrasing is on occasion obscure and difficult to understand.

In conclusion, despite its small drawbacks, I consider Apostate a stunning story of how truth can triumph in an age of misinformation and fear. Joram is a testament to the value of honest research, and teaches us all that, with Allah’s permission, change is possible for those who seek the truth. Allah guides whom He wills, and I congratulate Joram in joining me, amongst many others, in becoming of those who revert to Islam not because it is easy, but because it is the true way.

“He gives wisdom to whom He wills, and whoever has been given wisdom has certainly been given much good. And none will remember except those of understanding.” – Quran 2:269