Israel’s building of settlements across Palestinian territory remains illegal under international law, however Netanyahu and his right-wing government continue to act with impunity when it comes to the violations of Palestinian human rights. 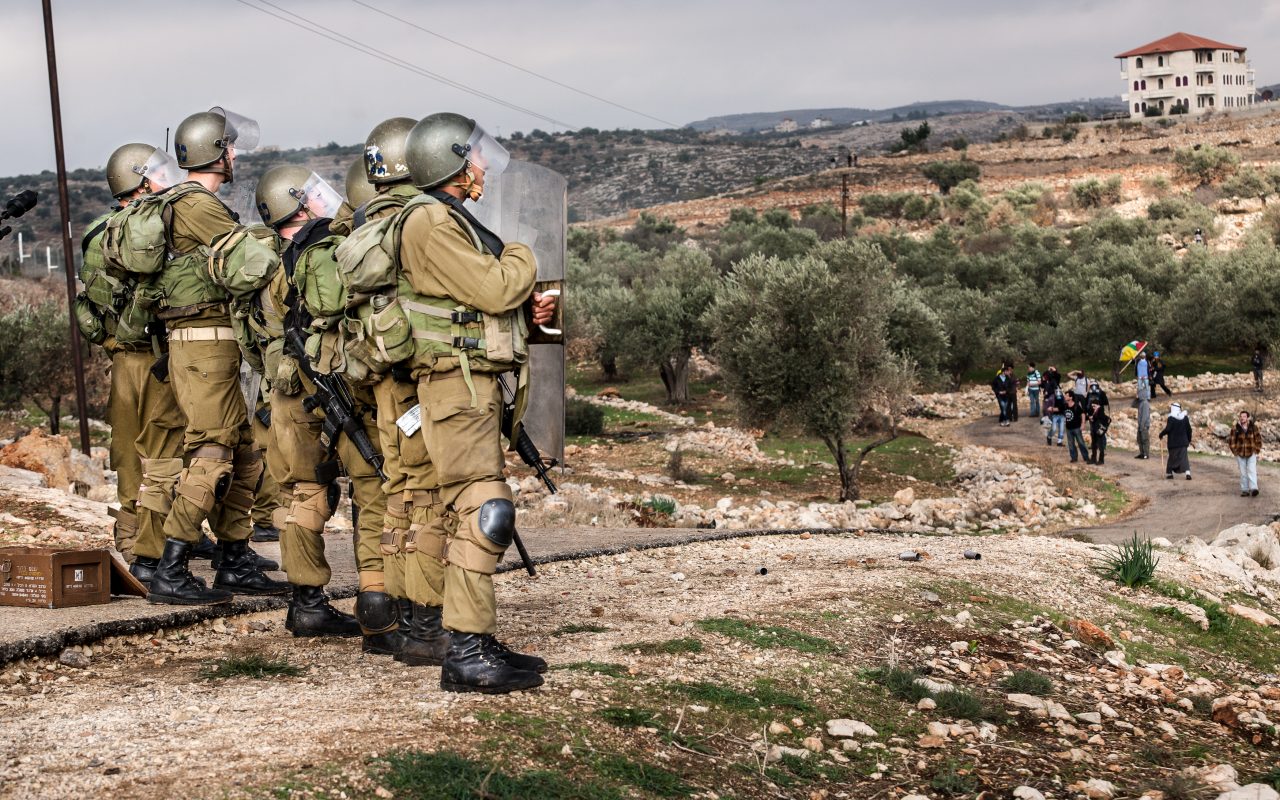 Israel’s building of settlements across Palestinian territory remains illegal under international law, however Netanyahu and his right-wing government continue to act with impunity when it comes to the violations of Palestinian human rights.

During demonstrations against illegal Israeli settlements in the occupied West Bank territories, a Palestinian teenager was shot and killed on the spot by Israeli security forces. The 15-year-old was reportedly shot directly in the face with live ammunition.

Identified as Mohammed Hamayel, the teenager was part of a larger group of demonstrators protesting against the illegal Israeli settlement set to be built on the hilltop village of Jabal al-Armeh. Protestors have been staging relatively peaceful sit-ins since late February to protest against Israel’s modern-day colonization of Palestinian lands.

During the clashes that erupted with Israeli security forces, an addition 18 Palestinians were heavily wounded by rubber-coated metal rounds fired by Israeli forces in the nearby town of Beita, with 3 people reportedly arrested. On-site medics, however, at Jabal al-Armeh, stated that they treated more than 112 injuries as a result of Israeli violence on the demonstrators. One person reportedly remains in critical condition.

Israel has defended their response, stating that around 500 Palestinians were burning tires and throwing rocks at soldiers – but how the apparent throwing of stones and rocks resulted in the death of a teenager shot point-blank remains utterly at a loss to human rights groups and Palestinian activists reviewing the situation.

The building of settlements across Palestinian territory by Israel remains illegal under international law, however Netanyahu and his right-wing government continue to act with impunity when it comes to the violations of Palestinian human rights. Propped up by US President Trump’s new Middle East Plan, which overwhelmingly supports Israel’s apartheid regime, Israel has continued to move forward with expanding its settlements across Palestine. Netanyahu has also recently pledged to build 3,500 new illegal settler homes in the E1 region of the occupied West Bank.

With more than 600,000 Israeli settlers living across the occupied West Bank, it remains worrying when Israel’s apartheid regime continues to colonize the lands of Palestine with almost no international condemnation. As for now, the family and loved ones of the murdered Mohammed Hamayel continue to mourn yet another innocent life taken by the Israeli regime.